Nach Baliye 9 teaser out: Can you guess the couples? 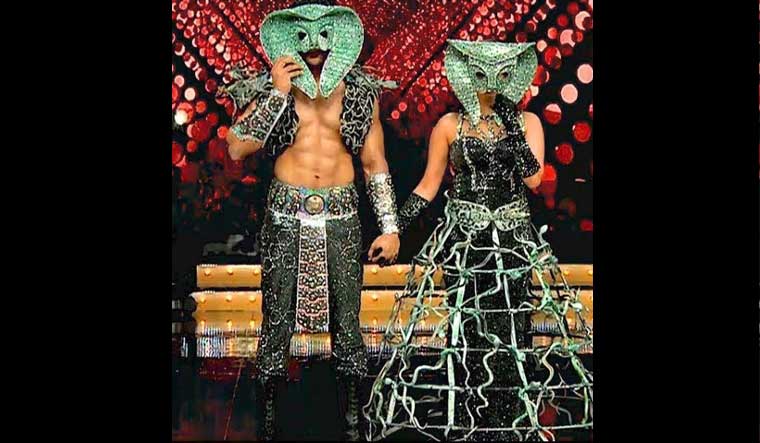 Nach Baliye, the popular dance-reality TV show where ten couples dance off for the number spot and a cash prize, is set to launch its ninth season on July 19. The show has just released a video teaser on YouTube, showing some of the contestants, their dance moves and their outfits — but their faces obscured by masks.

You can watch the teaser here:

While there are no prizes for guessing who is who, you can still try and guess it based on the confirmed list of candidates. Here are the candidates confirmed for Nach Baliye Season 9:

This year’s Nach Baliye is unique in that the contestants will also feature exes — ie those who are no longer in a relationship. The exes include Urvashi and Anuj, Vishal and Madhurima. The married contestants include Vindu and Dina, Sourabh and Riddhima, Anita and Rohit, Geeta (of Dangal game) and Pawan, and Rochelle and Keith.

This season is expected to reveal a lot about the host, Salman Khan will. A clip from the show, released by Star India, shows the Dabangg 3 actor reading out a list of questions commonly asked about him, inquiring as to his relationship status, his plans for marriage, and more. Salman responded saying that he is considering clearing all these questions.

Speculation has also been high over the payments being meted out to contestants, with rumours that the Naagin 3 actor, Anita Hassanandani, is the highest-paid contestant on the show.

The prize earnings for last year’s winners of Nach Baliye 8, Divyanka Tripathi and Vivek Dahiya, was Rs 35 lakh and included a motorcycle and Rs ten lakh worth of jewellery.

Season 9 of Nach Baliye will premiere at 8 pm on Friday, July 19, on Star Plus. It can be viewed on the channel or through streaming platform Hotstar.