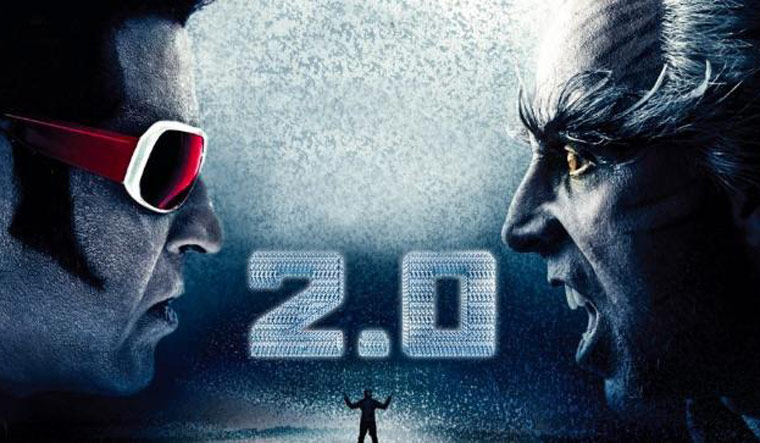 The much-anticipated teaser of Shankar's 2.0 is finally here, and promises to keep you on the edge of your seat with all the action and visual effects. Starring Rajinikanth and Akshay Kumar, the film also features Amy Jackson in a significant role. Akshay Kumar, who essays the antagonist, makes his Tamil debut with this film.

Sharing the teaser on Twitter, Akshay Kumar called it a Ganesh Chaturthi gift. The high octane teaser gives a glimpse into the battle between scientist Dr Vaseegaran (Rajinikanth) and Dr Richard (Akshay Kumar). The teaser begins with a large number of crows descending upon the city, and then people's mobile phones disappearing mysteriously like they were being sucked away. When the city administration meets to work out a solution. Dr Vaseegaran unveils his robot Chitti to save the day. What follows is a technological face-off between the good and bad, with a whole lot of visual effects that won't even let you blink.

The music for 2.0 has been composed by A.R. Rahman. The film which is expected to hit theatres on November 29, is being released in Hindi by Karan Johar in collaboration with Lyca Productions. "I am exceptionally proud and honoured to present the mega and mammoth cinema experience - Shankar Shanmugham's exceptional vision is soon coming your way. Watch this space for more," he had tweeted.