Why Priyanka Chopra deserves a book, by others and her own 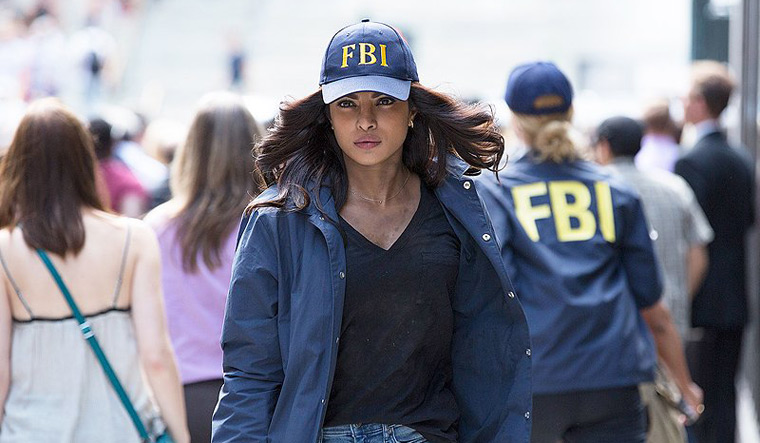 Model, actor, singer, producer and philanthropist, Priyanka Chopra wanted to be an aeronautical engineer once. This was before she jumped headlong into the glitzy world of show business. Today, the 35-year-old is a bona fide public figure, warts and all. She has seen enough hardship, skulduggery, heartbreak, success and the good life to fill a book. It is therefore not surprising that Chopra is working on a collection of personal essays, stories and observations. Titled Unfinished, the book will be published by Penguin Random House in 2019.

Since her turn as Alex Parrish on ABC’s show Quantico, the Indian film star has gained unprecedented international exposure and has breathlessly risen to exemplify a sort of an-outsider-who-cracked-the-Hollywood-code template. The fact that there are at least two unauthorised biographies in the works is testament to the enormous interest in her career trajectory. There is  Priyanka Chopra: The Dark Horse by Bharathi S. Pradhan, published by Om Books International on June 11, which promises to be  a "riveting inside story of a consistent winner, narrated by the best names in show business." Noted film journalist  Aseem Chhabra, who has written a biography of Shashi Kapoor, is gearing up with his take on Chopra's phenomenal rise from Bareilly to a powerful brand strategist, under the auspices of Rupa publications. From her famous Miss World 2000 gaffe calling Mother Teresa the most admirable person alive, to sporting a controversial refugee shirt on the cover of Condé Nast magazine to calling the state of Sikkim as "troubled with insurgency", Chopra has survived it al,  even in the public eye, with little erosion of her star power.

There is undeniable element of daredevilry and persistence in Chopra's work ethic. Says Chhabra, about why PeeCee deserves a book, "There is a long line of Indian actors who have tried to work in the West, especially in Hollywood. Some like Shashi Kapoor and Om Puri succeeded in getting interesting films that satisfied their creative impulses while also working in mainstream Bollywood films. However, many failed and moved back to their comfort zone as well. Priyanka is perhaps the only other major crossover success story after Irrfan Khan."

In the press release for Unfinished, Chopra says the "flavor of the book will be honest, funny, spirited, bold, and rebellious, just like me. I have always been a private person; I’ve never spoken about my feelings during my journey but I am ready to do so now". One wonders if her rumoured relationship with Shah Rukh Khan will be mentioned between the lines. Whether the book will offer an uncensored view of her early years in Bollywood, those regulation bad film choices and public break-ups is what will make it as sparkling a memoir as, let's say, Naseeruddin Shah: And Then One Day.