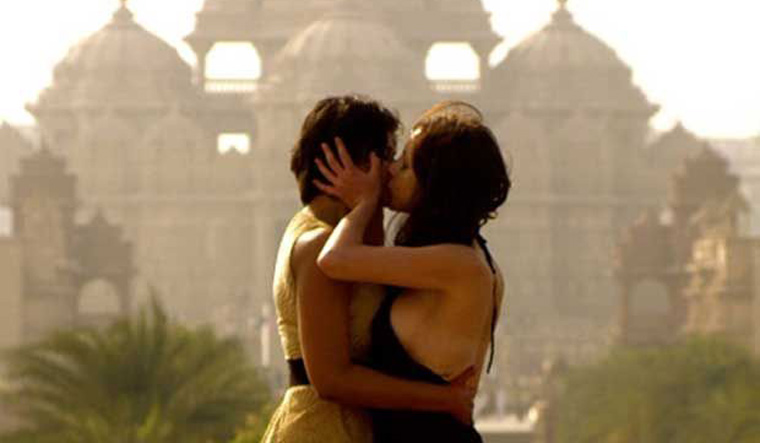 Filmmaker Raj Amit Kumar's debut feature Unfreedom on religious violence and homophobia was banned by the Central Board of Film Certification (CBFC) in March 2015. The Film Certification Appellate Tribunal (FCAT) which hears appeals against the CBFC also refused to relent. It said in a letter to Kumar that the film "incites baser passions of a ‘different nature’ and has sexual perversions."

Starring Victor Banerjee, Adil Hussain. and Preeti Gupta, Unfreedom is a thriller set in New York and New Delhi and tracks two parallel stories which explode with political, religious and sexual turbulence. One follows a Muslim terrorist in his attempt to silence a liberal scholar of the same faith. The other traces the defiance of a young woman as she escapes an enforced arranged marriage and a rigid father to secretly pursue her lesbian romance. The politics of faith, love and family collide in an unflinching portrait of troubled times.

Undeterred by inane censorship rules, Kumar and his team campaigned for a year during time they held close to 100 screenings of the film around the world. The film released this month on Netflix internationally. In an interview with THE WEEK, Kumar says how internet television cannot be the answer to assaults on freedom on expression.

Does Netflix have any obligations to host Indian films which are only certified by Central Board of Film Certification (CBFC)? What were some of the legal hurdles Unfreedom navigated to land on Netflix?

As far as I know, no internet content companies have to follow CBFC. If some are doing, that it is out of political pressure and not legal reasons.

Do you feel online subscription-based platforms are going to be a boon for Indian filmmakers who want to parse "taboo" subjects? How much of that has happened already? Is it commercially viable?

How can this be considered a boon? We are talking about freedom of speech and expression here. Would you say it's a boon that you can express yourself on internet but not in theatres? You can express yourself in private but not in public? Only boon for Indian filmmakers will be when censor board in India is thrown into the garbage and that institution does not exist. Period.

And no, online cinema is not commercially viable.

Do independent filmmakers or even documentary filmmakers no longer care for a theatrical/commercial release? Do you still look forward to releasing Unfreedom in theatres?

I believe every filmmaker cares and wants their films to be seen by as large an audience as possible. And on top, temple of cinema is theatre. A public space where people come together to watch a movie. I care for that. And I think most filmmakers do.

How much has changed in terms of audience receptivity and tolerance in India since Unfreedom was first shown in 2014?

The film just released on Netflix, so I have no way of knowing the response yet. By the way, Indian public is receptive and tolerant and open to watch any and all kinds of cinema. I don't think it's the public that has problem. The moral guardians of India who want to decide for the public what it should see or not are intolerant and have problems.

How and when did the idea for Unfreedom strike you?

It was somewhere in 2009 when I imagined a story about identity and violence after reading Amartya Sen's book by same title Identity and Violence.

Have you started working on your next project? What is it going to be on?

I am in the middle of shooting my second feature film titled Brown. It is the story of an illegal immigrant in America who meets a 11-year-old white American orphan girl. The film deals with their stories of abandonment.