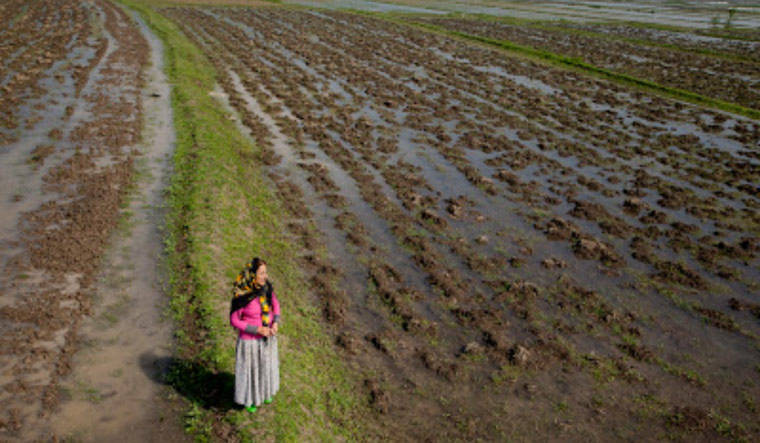 As a graduate of French literature in 1970s Paris, Shirin Parsi could very well have been a flâneuse, aimlessly wandering around on winter evenings, soaking in the “champagne brightness of the air and the sociability of the streets” in the words of Virginia Woolf.

Except that the magical corners and secret courtyards of the world's most romantic city could not prevent Parsi from returning to Iran, her home country, to become a farmer. It is her story of assiduously following a lifestyle rich in indigenous values in a remote village of northern Iran that is captured in Shaerane Zendegi (Poets of Life), shown at the International Association of Women in Radio and Television (IAWRT) film festival in Delhi.

Shirin Parsi, 64, is widely considered to be a model for the organic farming community in Iran. After having studied French literature in Paris, she and her husband moved to the province of Gilan in 1978 for a year, and later decided to permanently settle in the village of Shanderman in Gilan surrounded by breathtaking forests and pastures.

In a rapidly developing tourist town, where farmers have been forced to sell their holdings at very low prices to real-estate developers and builders of villas, Parsi spearheaded a movement to bring sustainable agriculture in the limelight. At a time when markets were flush with imported rice at extremely competitive prices, Parsi insisted on growing rice without any chemicals or fertilizers and fought for years to procure a license to start a rice mill.

It was in 2005 that Parsi registered her family-run business as Nokesht Shalikarane Khazar Company. She became a beacon for local farmers in the region after she systematised water use, practices of land clearing and mechanised agriculture. Her greatest achievement has been introducing innovative methods of rice cultivation.

But while Parsi's success as a self-sufficient farmer is now visible and celebrated, the documentary tracks her long struggle for recognition, her environmental and social activism in raising awareness about sustainable agriculture and the hidden labour of rural women in farming communities through several local NGOs, women's groups and guild associations in Tehran.

Waking up before dawn every day, preparing rice paddies drenched deep in manure, and her spirited efforts to involve and educate local farmers in organic farming are evocatively brought to life against a backdrop of dazzling natural colours.

Iranian director Shirin Barqnavard has caught Parsi at her chirpiest best as she goes about her work as an organic farmer in Iran.

Barqnavard shows Parsi and her family's many efforts to fight takeovers from keen entrepreneurs and her unbridled joy in reaping a good harvest—her strong, calloused hands working the fields, her deep attachment to nature and its changing patterns, the local ditties heartily sung at the time of cultivation. It's almost a poetic meditation on farming.