As per new rules, grievance appellate panels will be set up 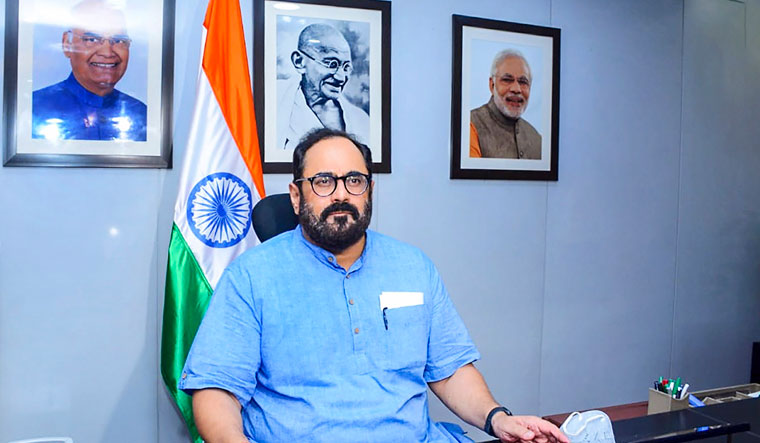 IT Minister Rajeev Chandrasekhar on Saturday said the latest amendment of IT rules will put more definite due diligence obligations on social media companies to make efforts that no unlawful content or misinformation is posted on their platforms.

The government on Friday notified rules under which it will set up appellate panels to redress grievances that users may have against decisions of social media platforms like Twitter and Facebook on hosting contentious content.

On the formation of three-member Grievance Appellate Committees (GACs), the minister said the move was necessitated as the government is aware of lakhs of messages from citizens where grievances were not responded to by social media firms despite complaints.

"That is not acceptable," Chandrasekhar said at a briefing.

He further said the government wants social media companies to work as partners to ensure the interests of 'digital nagriks' are ensured.

In a strong message to Big Tech companies, the minister asserted that community guidelines of platforms, whether they are headquartered in US or Europe, cannot contradict constitutional rights of Indians when such platforms operate in India.

He said platforms will have obligation to remove within 72 hours of flagging, any "misinformation" or illegal content or content that promotes enmity between different groups on the grounds of religion or caste with the intent to incite violence.

Chandrasekhar said that he personally is of the view that 72 hours was too much, and advocated that while the rules lay down such timelines, platforms must act on unlawful content immediately and urgently.

"We will start with 1-2 GACs...Government is not interested in playing role of ombudsman. It is a responsibility we are taking reluctantly, because the grievance mechanism is not functioning properly," the minister said.

The idea is not to target any company or intermediary or make things difficult for them. The government sees internet and online safety as a shared responsibility of all, he noted.

On whether penalties will be imposed on those not complying, he said the government will not like to bring punitive actions at this stage but warned that if the situation demands in future, it will be considered.