India has been the top consumer of sugar in the world 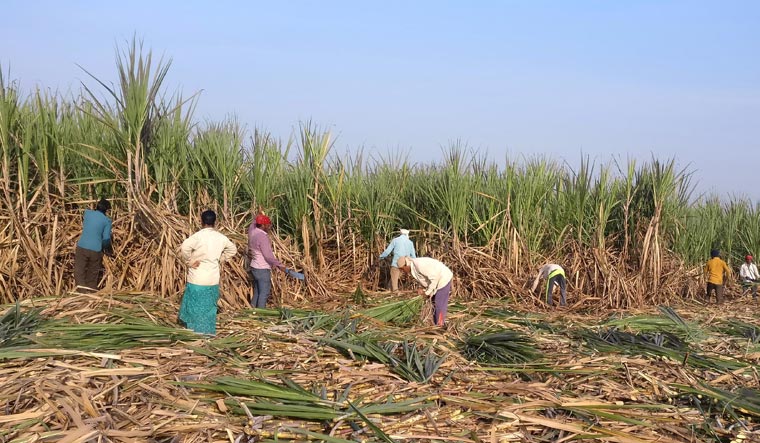 Sugarcane being harvested in Maharashtra | Reuters

After stopping wheat exports to ensure food security in the country, the government has decided to regulate sugar exports from next month so that there is no scarcity of sugar during the Diwali season.

The government has allowed exports up to 100 lakh metric tonnes (LMT), a record high, and over 200 per cent jump in the last four years.

Hence, to ensure country has sufficient stocks during the festive season, government is restricting exports. Besides, as assembly elections will be held during that period, the ruling dispensation do not want the opposition to use high sugar prices as a poll plank.

“Centre’s first priority is to ensure sufficient availability of sugar for consumption at reasonable rate, thereafter maximum sugar to be diverted to ethanol,” Sudhanshu Pandey, secretary, department of food and public distribution, said. “During the festival period of October and November, the demand of sugar increases and therefore, the Centre is committed to ensure availability of sugar for the lean period.”

He claimed that the government has stablised prices of sugar in the domestic market and in last 12 months, prices of sugar were under control. “Wholesale prices of sugar in India are range-bound between ₹3,150 - ₹3,500 per quintal while retail prices are also within control in the range of ₹36-44 in different parts of the country,” official said.

The global supply has been disrupted leading to shortage of sugar, especially due to lower production in Brazil. This may trigger the demand globally. Hence, to safeguard domestic availability and interests, DGFT issued an order to maintain domestic availability and price stability of sugar in the country during sugar season 2021-22 (October-September). The government will allow sugar exports up to 100 LMT.

This year, India produced 355 LMT of sugar after discounting diversion of about 35 LMT of sugar to production of ethanol, the highest in the world. India is the second largest exporter of sugar. Total export should be about 100 LMT in current sugar season of 2021-22. Current exports of 90 LMT has been contracted of which 82 has already been lifted, remaining 10 LMT can be exported, the government said.

The sugar exports is likely to be all time high, despite a cap on exports. Export has gone from 0.47 LMT to 100 LMT in last five years—an increase of more than 200 times. From June 1, all mills will apply to DFPD for exports. For monitoring of exports, sugar mills will submit online information about dispatches for export.