Zepto made 10-minute delivery a buzzword, much before others latched on to it 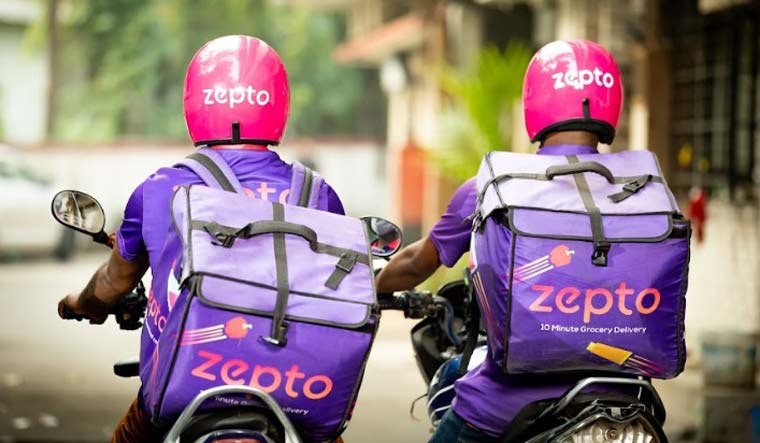 Aadit Palicha is surely a man in a hurry. Not just because he got into business while still in his teens. His startup venture Zepto has achieved something many seasoned businessmen could only dream of—achieve valuations in thousands of crores of rupees, scale up across major cities in months, and perhaps most importantly, zero in on a business USP that has had established biggies playing catch-up.

Zepto’s 10-minute delivery model for groceries and essential items became such a magic hook that everyone from food aggregators to e-commerce players, e-pharmas and even a cab aggregator has latched on to it. Zomato, of course, set the cat among the pigeons last month when it announced that it will start doing even food deliveries within 10 minutes, in a global first (they started service in select areas of Gurugram last week).

In an exclusive interview with THE WEEK, the start-up entrepreneur who is the talk of the town spoke about how we started off, why 10-minute delivery is much more than an attention-grabbing business technique, and why e-grocers matter way more than the more-talked-about Swiggys and Zomatos of the world. Excerpts:

Kaivalya [Vohra, co-founder of Zepto and CTO] and I have known each other since we were nine. We were always building multiple things and we were interested at the very idea of building products. At 17, we had reached a point where, you know, we were quite good at product building but we really didn’t know how to build enduring organisations around those products. So, we figured the best place in the world to learn that would be Silicon Valley - Stanford.

When pandemic hit, we found ourselves back in Mumbai which is when we started experimenting with the grocery space. We had exposure to it globally, like instacart, but when we came to Mumbai, two bachelors in the middle of a [lockdown], it was a nightmare when it came to getting groceries. The bigger players took 5-6 days, getting it offline was difficult. So, we started delivering ourselves [in our neighbourhood]. It eventually evolved from there into grocery delivery [Zepto].

The innovation is not just in the ’10 minutes’ that people really struggle with. We figured that something better than the 4-5 days it [then] took needed to exist. This was before 10 minutes [became] a thing (February 2021). We tried delivering in 45 minutes, 30 minutes and eventually started experimenting with very rapid deliveries. The reaction we saw from customers from a data perspective, retention rates were looking like, from a Net Promoter Score index, frequency of usage and other scores, they all just shot up post the 15-minute mark.

[That’s how we realised that there was] something interesting there. Customers get their groceries 3-4 times a week [at least]. When you’re doing something so frequently, it is difficult to accept any friction. And beyond 10-15 minutes was that point of friction. We were pretty excited about that.

Do we really need 10-minute delivery?

We are a very data-driven company, and the data we got from millions of customers who have used Zepto speaks for itself. Customers are using [ the 10-minute delivery service] and they care coming back for it. You can compare us with any e-commerce platform in the country, or any consumer platform, those customer engagement metrics are significantly better.

If no one really cared about 10-minute delivery, we really wouldn’t have been able to build a large company worth hundreds of millions of dollars from very sophisticated investors! There’s obviously some substance here.

But, in terms of the philosophy, I would say it’s not just about 10 minutes. People get interested in the 10-minute bit, but what really drives repeat usage is a high degree of accessibility and convenience. Ten-minute is a sort of representation of that. But more importantly, the reliability of it all.

Now, food aggregators are getting on the 10-minute bandwagon.

When it comes to food delivery, they’re seeing [10-minute delivery] as something of an incremental value on top of the value they’ve already created for the customer—[maybe] 10-20 per cent, is my thought process. I could be wrong.

But grocery is a highly frequent use case. And when you deliver it in 10 minutes, you’re removing friction, fostering high-frequency use cases—that’s when customers reward it by [ordering] over and over again.

We see groceries as a massive market, it is going to be 3-4 times larger than overall food delivery. If food delivery is 100 per cent, 10-minute delivery would probably be 10-20 per cent of it, with groceries becoming 300 per cent.