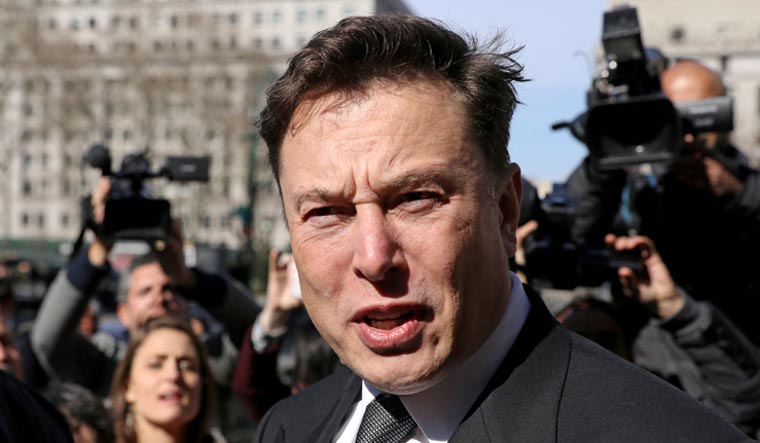 Elon Musk's offer to buy Twitter is stirring debate over the social media giant's nature and trajectory. Twitter revealed on Thursday the Tesla CEO wanted to take over the company for $43 billion.

In a regulatory filing, Musk—who hold little over 9 per cent of Twitter's stock—said “I invested in Twitter as I believe in its potential to be the platform for free speech around the globe, and I believe free speech is a societal imperative for a functioning democracy.”

Musk elaborated on the free speech argument at a TED Talk event in Vancouver on Thursday. “I think it's very important for there to be an inclusive arena for free speech,” he was quoted as saying by Reuters.

Musk was quoted by the Vancouver Sun as saying “Twitter has become kind of the de facto town square, so it’s just really important that people have both the reality and the perception that they are able to speak freely within the bounds of the law.”

Referring to the need to increase trust in Twitter, Musk said “It’s important to the function of democracy, and it’s important to the function of the United States, as a free country and many other countries... and to help actually, to help freedom in the world. Civilizational risk is decreased … the more we can increase the trust of Twitter as a public platform,” Vancouver Sun reported.

Musk argued “Twitter should match the laws of the country (it is in), and really, that is our obligation to do that.” Interestingly, Musk said Twitter should be reluctant to permanently ban users and instead use time-outs.

Musk's proposal comes more than an year after Twitter de-platformed Donald Trump when he was president of the US over the Capitol riot in January 2021. The platform was severely criticised by Republicans for allegedly attempting to silence conservatives.

Twitter CEO Parag Agrawal on Thursday attempted to reassure employees that the company was not “being held hostage” by news of the offer of Elon Musk.

Reuters reported “As Agrawal took questions from staff that were posted on the company's Slack messaging service, he encouraged employees to remain focused and told them 'we as employees control what happens'.”

Agrawal told employees “I have a strong point of view that people who are critical of our service, their voice is something that we must emphasize so that we can learn and get better,” Reuters reported.