Why cement prices are expected to go up steeply soon 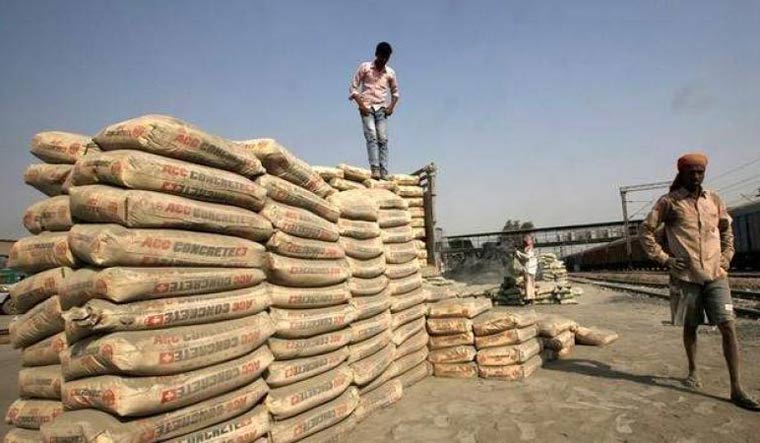 Cement prices are expected to remain high in the near future, and the companies are likely to pass on the high costs in the inflationary environment and raise the prices accordingly. There has been a rise in cement prices ranging from Rs 15 to Rs 20 per bag, as per a report by Anand Rathi Shares and Stock Brokers Limited. While some regions may roll back prices to meet their year-end targets, further price rise is expected in the first week of April to cover increasing costs. Cement demand has been stable in the country, with companies pushing volumes to meet year-end targets despite high costs, unavailability due to the Holi festival and elections in some regions.

“With the international tensions (Ukraine-Russia war), the international petcoke and coal prices have grown steeply (70-80 per cent) in the last one month. The manufacturers are experiencing coal shortages. Further, the diesel prices and steel prices have also led to rise in construction costs. To pass on these elevated costs, cement manufacturers have taken a price hike,” said Manish Valecha, analyst, Anand Rathi Shares and Stock Brokers Limited.

As per their report, in north India – Jaipur, for instance – cement prices rose by Rs 35 per bag in the first week of March. Now, trade and non-trade price gap is Rs 70 per/bag (versus Rs 50 earlier). In the north though, the demand was restrained since labour was unavailable at construction sites due to the Holi festival. For March, till now, Delhi cement prices rose by Rs 10 per bag and in Kota, by Rs 5 per bag.

In central parts of the country, cement prices rose by Rs 5-15 per bag (Rs 10 in Indore, Rs 15-20 in Kanpur, Rs 5-10 in Lucknow). Unavailability of labour, elections and high steel prices have been constricting demand in the region. Dealers expect demand in Indore to improve with the market opening up, and in Kanpur, they expect volumes from Rajasthan manufacturers to improve, leading to normalisation of prices. There are concerns that severe hot weather may impact construction, as per Lucknow dealers.

In Mumbai, cement prices rose by Rs 10 per bag. Central demand is expected to be firm, with the monsoon rolling in the next two months. In Nagpur, the Rs 15-20 price hike was rolled back due to feeble demand. In Gujarat, the labour shortage had kept demand soft for the next 10-15 days. In Ahmedabad though, trade prices were constant whereas non-trade prices rose by Rs 10 a bag.

In Kolkata, cement prices rose by Rs 10-15 a bag and a further announcement of a Rs 15 per bag hike has been made. As per the report, the month-on-month demand has improved; though due to high base (spending on elections, etc.) March 2022 volumes in the west are expected to be down year-on-year. In Bhubaneswar, cement prices were constant, but dealers expect them to decline by Rs 5-10 to meet year-end targets, whereas in Patna, billing prices rose by Rs 20 a bag.

In Chennai, cement prices rose by Rs 20 a bag, and in Hyderabad by Rs 25-30 whereas a Rs 40 per bag price hike in Bijapur was rolled back in March till date. Higher steel prices and input costs are constricting demand for cement and infrastructure activities. Further, Hyderabad is facing coal shortages. As per the report dealers in Chennai say year-end targets have kept the demand firm, despite high input costs.

As per an observation by Brickwork Rating, strong demand for cement is expected due to increased infrastructure spending. It observes that the infrastructure-focused Union Budget 2022 with fresh infrastructure schemes and a massive capex (capital expenditure) push is expected to push cement demand further. Additionally, the government’s plans to enhance logistics and transportation facilities will be helpful in cutting down freight charges for cement companies and in easing optimum supply of cement across the country. However, as per the observation with the Russia-Ukraine conflict, the sector’s output growth is expected to remain tepid in the near term.