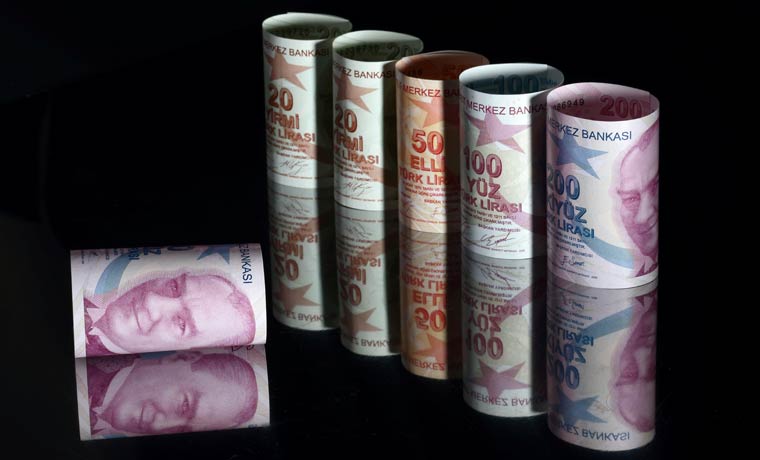 The Turkish currency weakened by nearly 10% against the U.S. dollar Tuesday, a day after President Recep Tayyip Erdogan insisted there would be no turning back from his unconventional policy of cutting interest rates despite high inflation.

The lira plunged to a record low of 12.51 against the dollar down 9.9% from Monday's close. The currency was trading at 14.08 against the euro. The lira has lost some 40% of its value since the start of the year.

Erdogan, who had declared himself an enemy of high borrowing costs, portrayed his economic policies as an economic war of independence during a late-night televised address to the nation. He made clear that his government would not step back from its policy of lowering borrowing rates to boost growth.

Either we were going to give up on investments, production, growth and employment by keeping to the understanding that has prevailed in our country for years, or we were going to engage in a historic struggle in line with our priorities, Erdogan said. As always, we preferred the struggle. We are determined to do the right thing for our nation, he continued.

We encourage investment, production and exports. ... We protect employment. ... We care about growth. Turkey's Central Bank has cut interest rates by 4 percentage points since September, raising concerns about its independence from Erdogan's government. The president has sacked three bank governors since 2019.

Inflation is running at around 20%, eroding the public's purchasing power.