Plants at Bengaluru, Tumakuru will be able to collectively build 100 LUHs every year 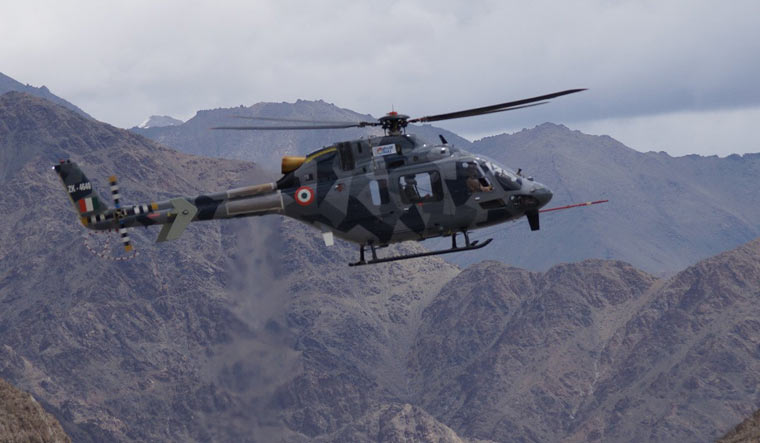 As per sources in HAL, LUH has so far completed a total of 867 flights. The initial operational clearance (IOC) for the LUH (IAF version) was accorded on February 7, 2020, in the presence of Defence Minister Rajnath Singh during DefExpo 2020 at Lucknow. Similarly, the IOC for LUH (Indian Army version) was accorded on February 5, 2021, during Aero India at Bengaluru. HAL sources say that while a letter of intent (LoI) has been received for 12 helicopters, there is a request to process the placement of order for production and supplies. Sources point out that HAL is looking at getting orders for 175 more LUHs before production begins at the new Tumakuru facility.

The LUH is a three-tonne-class, new-generation, single-engine helicopter indigenously designed and developed by the Rotary Wing Research and Design Centre of HAL. It has features that make it suitable for operations in diverse operating conditions. It is expected that LUH will finally pave the way for the replacement of the ageing Cheetah and Chetak fleet of choppers.

India is also looking at jointly working with Russia to develop the Kamov-226T light helicopters. The Kamovs are also expected to replace the Cheetah and Chetak helicopters. Experts point out that the $1 billion programme—under which Russia will supply 60 helicopters in flyaway condition and 140 to be manufactured in India—is yet to kick off. The army, air force and navy together need around 500 light helicopters.

The Ka-226T light helicopters make use of dual engines, which provide them with redundancy in case of an engine failure. “In terms of engine power and survivability, the Ka-226T has an advantage over the LUH. Ka-226T has advantage of higher payload and smaller footprint due to its coaxial rotors and absence of a tail rotor. The Ka-226T also has a unique, detachable mission compartment, instead of a conventional cabin. This allows helicopters to be adopted for different roles such as surveillance and cargo delivery. The detachable cabin module is unique to many Kamov helicopters and Ka-226T perfects this design and offers a lot of flexibility in operations. The module can be removed and attached in only around two hours,” explained Girish Linganna, an aerospace expert and the director of ADD Engineering Components (India) Limited.

“The Ka-226T has better payload capacity due to its more powerful engine and coaxial rotor design. The Ka-226T has an operational range of 600km and the India-made LUH has an operational range of 350km with a payload of 500kg. Though technically there are not any issues with Ka-226T, the government is promoting indigenous platforms as it will help us improve our economy and ecosystem. However, we have already delayed the manufacturing and procurement of LUH and it would be better that a few Ka-226Ts are also procured along with Indian-made LUHs,” added Linganna.