Many of these banks, including PMC Bank, have been under moratorium for years 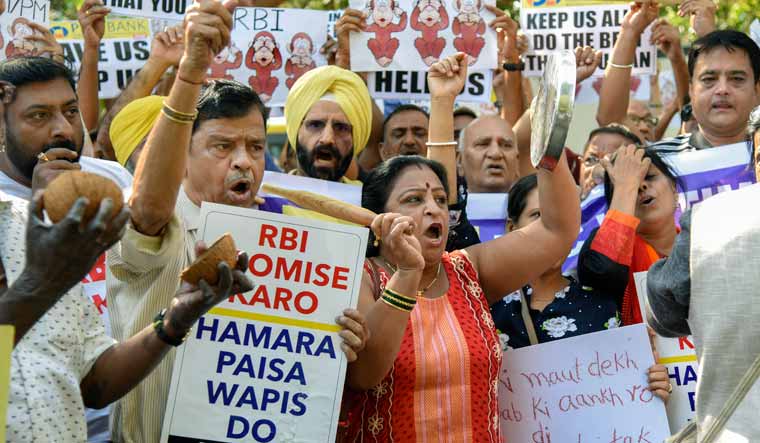 In a big relief for deposit holders of several cooperative banks currently under various forms of RBI restrictions, including the scam-hit Punjab and Maharashtra Cooperative Bank (PMC Bank), the Deposit Insurance and Credit Guarantee Corporation is set to pay up to Rs 5 lakh each within 90 days.

Earlier this year, the Parliament had passed the Deposit Insurance and Credit Guarantee Corporation (Amendment) Bill, which would ensure account holders get an amount up to Rs 5 lakh within 90 days in the event the Reserve Bank of India imposed a moratorium on the bank due to any issue.

The deposit insurance cover had already been raised last year to Rs 5 lakh from Rs 1 lakh, following the crisis at the PMC Bank, a large lender in the cooperative sector.

“DICGC shall pay the depositors of the insured banks placed under AID (all-inclusive directions) (with restrictions on withdrawal of deposits), an amount equivalent to the deposits outstanding (up to a maximum of Rs five lakh only) within a period not exceeding 90 days. Necessary instructions have been issued to these banks to submit the claims within 45 days after obtaining the willingness of depositors to claim deposit insurance,” DICGC said on Wednesday.

There are 21 banks currently placed under its AID. These are:

Many of these banks have been under moratorium for years. The Rupee Cooperative Bank, headquartered in Pune, Maharashtra, has been under RBI restrictions since 2013. The payment of the amount under deposit insurance should mark an end to a long stressful period for the depositors of many of these banks who deposited up to Rs 5 lakh or less. Finance Minister Nirmala Sitharaman had said earlier that the clearance of the DICGC Amendment Bill allowing deposit holders to get Rs 5 lakh in 90 days would cover 98.3 per cent of the total number of accounts and 50.9 per cent of the total value of the deposits.

The verification and settlement of the claims on submission by the banks mentioned above shall be done within the next 45 days by DICGC (November 29, 2021). These banks shall submit a claim list by October 15, 2021, and update the position as on November 29, 2021, with principal and interest, in a final updated (second) list, to enable DICGC to settle the claim and discharge its insurance liability in full as per norms, it said.

Unpaid (updated willingness list)/difference in amount of deposits up to eligible amount as per final updated list submitted by November 29, 2021, will be paid within 30 days of receipt by December 29, 2021, the DICGC added.

DICGC further said the depositors may contact the said banks and submit the declaration of willingness and also update any other information, if needed by the bank, so that their claims can be included by the bank in the list by October 15, 2021.