Sitharaman would be particularly careful to be amicable this time around 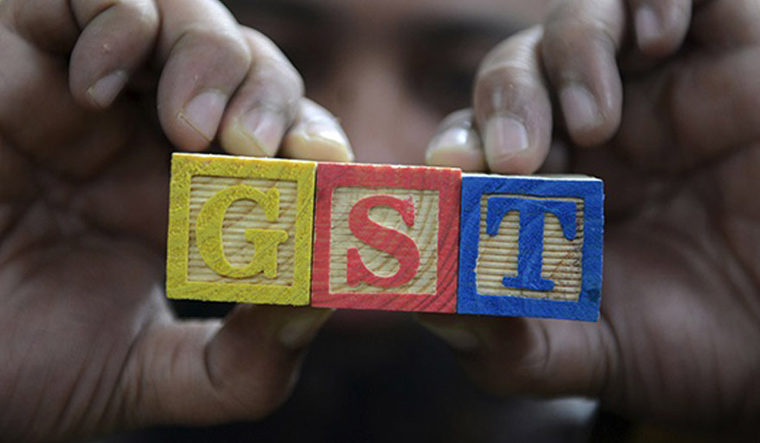 Disaster (of sorts) was averted at the last GST council meeting only because it was conducted virtually — Mauvin Godinho, transport minister of BJP-ruled Goa, alleged that Tamil Nadu’s Finance Minister P.T.R. Palanivel Thiagarajan told him to “shut up”, as discussions got heated over slashing tax on COVID-19 drugs and vaccines.

It may just be hard to avoid a fisticuff this time around, as the GST Council meeting plans to conduct its first physical meeting in two years on Friday, in Lucknow.

Hopefully, rate slashing of COVID-19 medicines, and not any sort of physical slashing, would be the on the top of the mind for Union Finance Minister Nirmala Sitharaman and finance ministers from various states and Union territories at the 45th meet of the council for Goods and Services Tax (GST).

Three items would be the cynosure of all eyes. The first would be the question of continuing with GST compensation — states were promised compensation by the centre for a period up to 2022 if their expected tax share did not increase by 14 per cent every year from 2017, when GST came into being. Considering the drubbing government revenues have faced since then due to a combination of economic slowdown and the impact of COVID-19 lockdowns, this will certainly be crucial. While states would desperately want compensation to continue beyond next year, the centre will definitely push for a percentage much lower than the previous 14 per cent. It is likely that a good amount of number crunching and data is likely to be shared, and debated, over this.

The other important decision, obviously due to its immense political and populist importance, is the one on COVID-related medicines and equipment. At the meeting in May, Sitharaman had put her foot down on demands to reduce the five per cent GST on vaccines, arguing that the Centre was procuring for the states anyway. While some consider it a non-issue hence, it is more likely that the exemptions and reduction in GST rate on items like medicines and ambulances, which were for a period which ends at the end of this month, could be extended for at least another three months.

The third, and a pretty incendiary issue both literally and figuratively, would be the matter of bringing petroleum products under GST. Right now, both the Centre and states earn valuable revenue from this, and states would be in no mood to take such a transfer lying down. As such, there are very few areas left for states to tax directly since GST, and COVID’s turmoil and uncertainty have only made it clear to them the importance of having cash in hand and the right to tax.

If at all these topics come up, it is unlikely to reach any kind of consensus. Definitely not over petrol and diesel, with the best-case scenario one where just niche elements like CNG and ATF are brought under the ambit of GST.

“As it is a highly debatable issue and may have severe impact on finance of both states and the Centre considering the fact that the states are trying to recover from the pandemic, it is expected that no major movement would happen in this regard,” feels Divakar Vijayasarathy, founder and managing director of DVS Advisors, a consultancy

Sitharaman would be particularly careful to be amicable this time around, considering the acrimony the Council witnessed in its last few outings, albeit virtually. For a decision making body that took pride in arriving at all decisions unanimously, the last few months have not been too pleasant. None of the decisions in the last four or so meetings of the GST Council, since the compensation issue blew up, have been unanimous. Many, in fact, came through after heated discussions, with state finance ministers at loggerheads, distinctly grouped along ruling party and opposition lines.

Besides, on the agenda circulated before the meeting are the matter of a unified GST portal as well as clarification on interest levied on wrongful or ineligible input tax credit claims. If there is time, it could also look into the steel industry’s issues, including rationalising tax on steel scrap at 18 per cent with manufacturers facing enforcement action over fake invoicing by scrap dealers and blocking of input tax credit. The matter of increasing the GST on footwear (less than one thousand rupees) from five per cent to 12 per cent is another matter that has been pending for some time, considering that the Fitment Committee, which prepares the groundwork for every council meeting, had already given its recommendation on these lines before the previous meeting in May.

Another pending Fitment Committee suggestion is the standardisation of GST rate in textiles. The suggestion is to increase the rate of readymade garments and fabrics from 5 per cent, and reduce the rate of manmade fibre and yarn from 18 per cent — so that all of them come at a uniform 12 per cent tax.