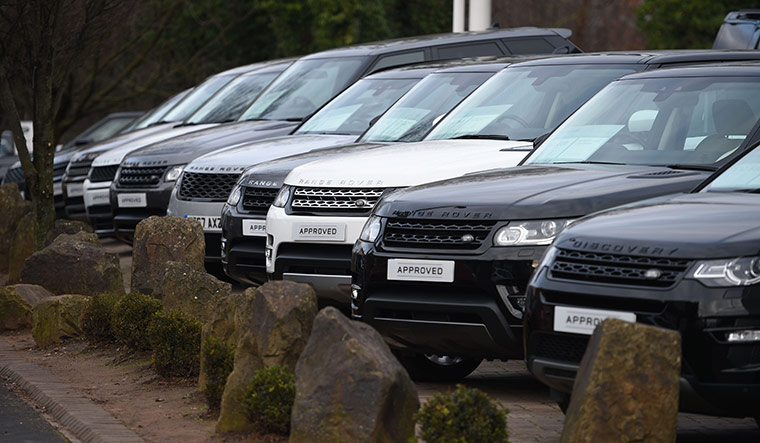 A worldwide semiconductor shortage continues to hit automakers hard, with luxury car makers Mercedes Benz and Jaguar Land Rover both warning it would impact sales volumes in the coming quarters.

Tata Motors-owned JLR believes the issue is likely to worsen and wholesales in the July-September quarter are likely to be almost half of what it had planned.

“Based on recent input from suppliers, we now expect chip supply shortages in the second quarter ended September 30 2021 to be greater than in the first quarter, potentially resulting in wholesale volumes about 50 per cent lower than planned, although we are continuing to work to mitigate this,” the British car maker said.

“The shortage is expected to continue to impact the upcoming two quarters in terms of sales,” it said.

Automakers globally have been grappling with a shortage in semiconductors for a few quarters now. Last year, as the COVID-19 pandemic hit, automakers slashed demand outlook, including for components. But, as economies opened up, car sales accelerated as personal mobility gained traction over public transport. At the same time, demand for smartphones, laptops and other electronics that also use semiconductors surged too. This, coupled with supply chain issues faced by the chipmakers themselves, has led to a shortage in the market.

JLR on Tuesday reported sales numbers for the April-June quarter. JLR’s wholesales, excluding its joint venture in China,  rose 73 per cent in the June quarter to 84,442 units, although this was about 30,000 units lower than otherwise would have been planned as of the result of the semiconductor supply constraints and the impact of COVID-19, it said.

“The present semiconductor supply issues represent a significant near-term challenge for the industry, which will take time to work through but we are encouraged by the strong demand we see for when supply recovers,” said Thierry Bollore, CEO of JLR.

The company is working with suppliers and chip manufacturers directly to increase the visibility and control over the chip supply for its vehicles, he added.

JLR expects the situation to start improving in the second half of the financial year. However, the broader underlying structural capacity issues are only likely to be resolved as supplier investment in new capacities comes online over the next 12-18 months and so it expects some level of chip shortages will continue through to the end of the year and beyond.

In the wake of the semiconductor crisis, JLR now expects an operating cash outflow of about GBP 1 billion with a negative EBIT (earnings before interest and taxes) margin in the second quarter. The underlying operating cashflow is expected to substantially improve as the chip supply improves in the second half of the financial year, it added.

JLR had earlier guided for EBIT margins of at least 4 per cent and a free cash flow breakeven in the current financial year.

Despite, the chip shortages, JLR says demand for its products remains strong. Retail sales surged 68 per cent to 124,537 units, compared with 74,067 units, a year ago in the June quarter. The company currently has about 110,000 global retail orders, the highest in it’s history.