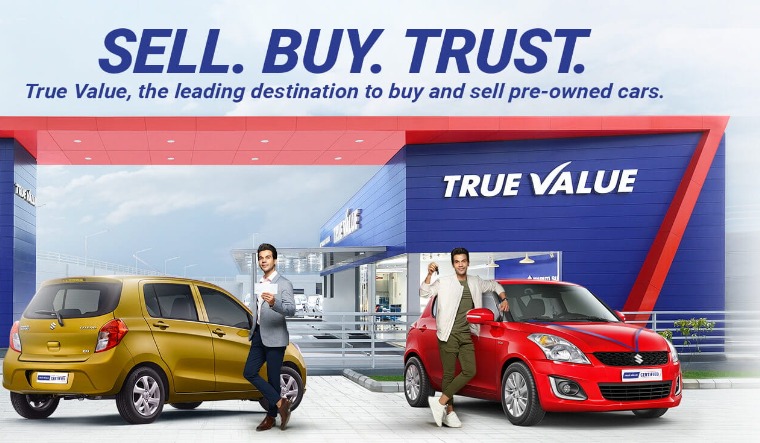 Leading auto-makers Maruti Suzuki India (MSI), Mahindra & Mahindra and Toyota Kirloskar Motor are bullish on the long-term growth prospects of their respective used car verticals even as the second wave of COVID-19 continues to pose severe challenges to the business activities across the country.

The companies remain a bit circumspect regarding the near-term situation owing to the pandemic but expect the segment to grow on a long-term basis with personal mobility gaining acceptance amid the coronavirus pandemic.

"It is very difficult to predict how used car business will perform this fiscal year due to COVID situation. Demand for such cars is there in the market, but there is pressure on their availability because of restrictions across states on account of lockdowns and curfews," MSI Executive Director (Sales and Marketing) Shashank Srivastava told PTI in an interaction.

The auto major currently has 570 True Value outlets across the country where it certifies the pre-owned cars it takes from various sources, including customers who exchange their old cars for new Maruti models.

Srivastava said that due to COVID-19 situation, the business remained impacted with around 416 of the outlets currently closed across the country.

He, however, noted that demand for the used cars is very strong due to a shift towards personal mobility and the only challenge was availability of the vehicles in the current circumstances.

"If it goes like this (pandemic situation), then we would expect a similar trend like last year which means the exchange of cars will remain low, which we are already witnessing in April and May. It will impact availability of used cars for sale. So demand would be there for such vehicles, like last year but there would be less availability of used cars, which would mean drop in sales," Srivastava noted.

However, if the pandemic situation recovers, there can be a bounce-back as has been witnessed in the new car sales, he added.

"The only question is when would that happen...in the meantime, we continue to invest in digitisation of the outlets to make the buying process easy for customers," Srivastava said.

Toyota Kirloskar Motor (TKM) Vice President Naveen Soni noted that it would be a tough call to assess the outlook considering the current situation in hand.

"There was a semblance of normalcy during the period January to March 2021, in which we saw a more than 40 per cent jump in used car sales compared with the corresponding period last year. Therefore, we have a positive outlook, based on how the pandemic situation improves," he added.

During the last fiscal, the auto-maker witnessed a 17 per cent dip in used car sales as compared with FY20.

There was substantial interest among used car buyers on account of increasing demand for personal mobility, he said.

However, the drop in sales was there "as a result of most of our retail outlets being shut during the complete nationwide lockdown last year. Another reason can be attributed to the hesitation of many customers who were planning to trade in their current car for a new one, kept their plans on hold," Soni noted.

"We continue to make serious investments in technology. On the physical side, we plan to grow our Autokart Refresh bulk auction model aggressively apart from rapid expansion of our MFC outlets. We aim to outperform our last FY numbers and grow our revenue 100 per cent year on year (YoY)," Mahindra First Choice Wheels MD and CEO Ashutosh Pandey said.

The Mahindra First Choice business has seen a significant growth over the past few years, he added.

The business grew by 60 per cent between FY19 and FY20, Pandey said.

In FY21, despite the first quarter lost to the pandemic, the business grew by over 20 per cent, with over 1.8 lakh units being sold during the fiscal, he added.