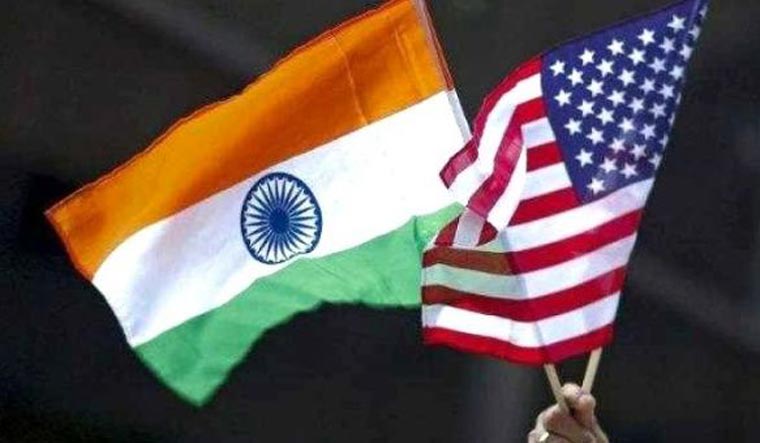 India’s best option will be to work out a consensus on the issue, as new US president Joe Biden is said to be open to a solution via the Organization for Economic Co-operation and Development (OECD) | Reuters

The battle with Big Tech apart, digital economy is set to be a new thorn on the side of US-India relations. With the US Trade Representative (USTR) threatening to fine India with punitive tariffs over India’s contentious ‘google tax’, both countries will now have to work around the tricky borderless world of the e-commerce and digital advertising and find a way out—at stake is the still-pending trade deal between both countries that continues to be a case of ‘so near, yet so far.’

The US announced Saturday morning (India time) its intent to crackdown on digital service tax (DST) by six countries, including India, which it claims discriminated against US digital companies and were “inconsistent with principles of international taxation”.

India now has time till May 17 to submit its side of the case at the USTR’s public hearing. With a one-year time frame (the probe was initiated in June last year), the US has to conclude the investigation within June.

Interestingly, the original USTR investigation was into 10 trading partners of the US which had installed some form or the other of DST. However, as per Saturday’s announcement, the remaining four—European Union, Brazil, Czech Republic and Indonesia, are now off the hook. Further investigations will proceed only against Austria, Italy, Spain, Turkey and the UK, besides India.

The issue initially started over the fact that Big Tech like Google and Facebook were earning massive amounts of revenue from Indian advertising, but were not paying taxes as they were foreign entities. The Indian government initiated an ‘equalisation levy’ of 6 per cent on their online advertising revenue in 2016—it was quickly dubbed the ‘Google tax’. The amounts initially collected were minuscule—barely a few hundred crores the first year, and just above a thousand crore, as per 2020 figures.

However, matters came to a head this financial year, with the Indian government introducing a flat 2 per cent digital tax as proposed in last year’s budget. The new provision expanded the scope of the existing equalisation levy beyond online ads to a range of digital services, including e-commerce shopping. Any revenue made digitally by a tech firm, be it social media or entertainment or shopping or app purchases would now invite this 2 per cent levy. It came into effect from April 1, 2020, even as the pandemic struck.

“Why not?” argues Manjula Muthukrishnan, managing director of Avalara Technologies, a tax compliance technology company. “Besides revenue generation, the 2 per cent levy is a way for India to recover the huge economic losses borne during the pandemic last year.”

The US doesn’t exactly agree, with the USTR invoking Section 301 of its trade act, claiming India’s DST discriminates against US digital businesses as it specifically excludes Indian companies from its ambit. Also, it points out how the same rule is not applicable to non-digital businesses.

India has been at pains to explain that Indian companies were excluded since they were already subject to India’s domestic tax laws. Also, that the rule is not against US tech companies, but only appears so since the field is dominated by American firms. “The fact that more American origin businesses are booming in India doesn’t mean the equalisation levy is directed solely at the United States,” chips in Muthukrishnan.

India’s best option will be to work out a consensus on the issue, as new US president Joe Biden is said to be open to a solution via the Organization for Economic Co-operation and Development (OECD), compared to the belligerent stance taken by his predecessor Donald Trump. New Delhi will also be hoping that it being one of the biggest markets for US digital companies like Facebook and Google could sway an eventual rapprochement.

“We are sitting on a goldmine of tax revenue,” points out Muthukrishnan of Avalara. With a massive shift to digital consumption post the pandemic for anything from shopping to entertainment, it is but natural for the Indian government also to look to the online space to garner some much needed additional revenue during a period of scarce government funds. Muthukrishnan adds, “Even (with) the US government probe, India doesn’t seem to want to back down.”

The worst-case scenario, of course, will be if no solution is worked out and it turns into a digital trade war or sorts. The US had recently imposed a similar retaliatory tariff on France, targeting its famed wines, perfumes and cosmetics.

“Until…consensus is reached, we will maintain our options, including, if necessary, the imposition of tariffs,” US Trade Representative Catherine Trai warned earlier on Saturday.