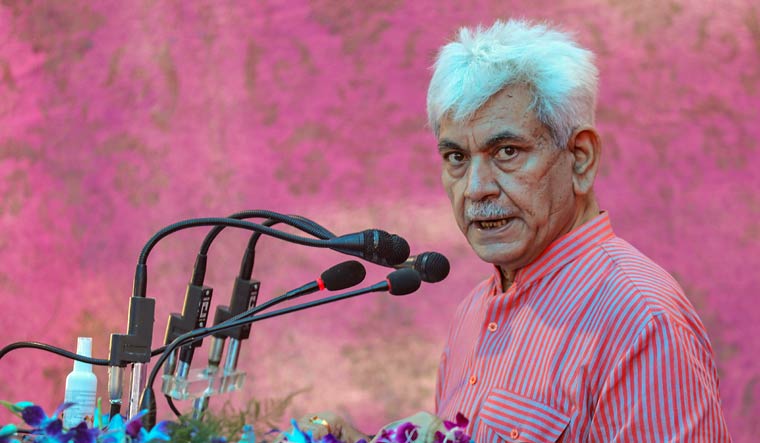 Lieutenant-Governor of Jammu and Kashmir Manoj Sinha on Saturday announced an economic package of Rs 1,350 crore for the revival of economy in the Union territory.

Addressing a press conference, Sinha said this was just the beginning and “more was in the offing”.

He said a ‘structured package’ for transporters and houseboat and shikara owners is also under consideration.

Sinha said the resolution of the territory’s problems isn’t possible without the support and participation of people.

He said after meeting several delegations on August 18, a committee headed by his adviser, K.K. Sharma, was formed to suggest an economic package for the revival of economy in the Union territory.

“I am happy that the committee submitted its report in a time-bound manner,’’ he said.

Sinha said the committee recommended an economic package of Rs 1,350 crore for the revival of the businesses in Jammu and Kashmir.

“ I am glad to announce this package today,’’ he said. “This is just the beginning.”

He said the package is in addition to the Rs 1,400 crore announced under Atmanirbhar Abhiyan.

He said his administration is considering a separate package for the affected people who have suffered during the last 20 years.

Sinha also announced exemption of stamp duty to all the borrowers till March 2021.

“From October 1, special counters will be set up in all the branches of J&K Bank for entrepreneurs,’’ he said.

He said the Central government was also working on a new industrial policy for Jammu and Kashmir.