India's EV story is still waiting for its 'eureka' moment

The main reason is the evolving nature of the technology itself 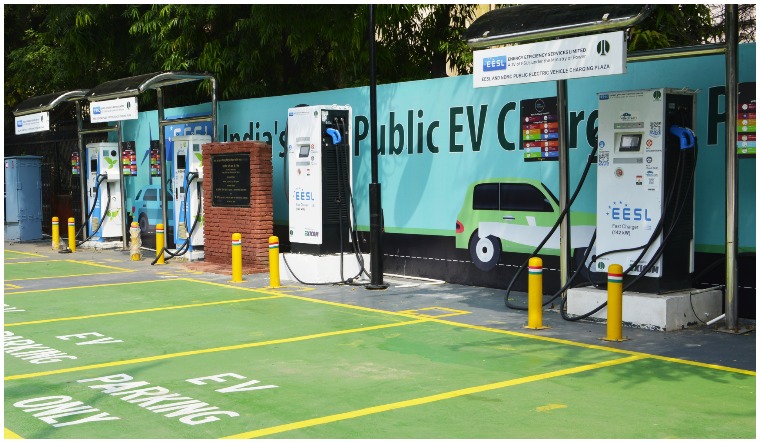 It's the inaugural 'World Electric Vehicle (EV) day' today, but don't get all electrified at the thought just yet. For all the governmental push and lip-service given to this emerging technology, India's EV story is still waiting for its 'eureka' moment.

'World EV day' is a brand new concept instituted by Green TV and Swiss power tech & products company ABB, and partnered by many automobile makers. The day, slated to be an annual feature now, is meant to raise awareness of the benefits of electric mobility, as well as the importance of switching to this clean technology. In India, Mahindra, one of the founding partners of World EV day, announced the launch of its MSMA 48 tech solution platform globally. The platform, which has been used to power a few thousand vehicles already in India, will now be offered on a global scale, and is suitable for three-wheelers, quadricycles and even compact cars. “Our goal with EV is to revolutionise first and last mile transportation globally,” said Mahesh Babu, MD & CEO of Mahindra Electric Mobility India.

Energy Efficiency Services Limited (EESL), the Union government body tasked with promoting EV in India said World EV day will also come under its #Commit initiative to combat air pollution in the country, a burning concern, by going electric. The #Commit initiative was launched by Union Power & Renewable Energy Minister R.K. Singh, and has already seen EESL putting 1,514 electric vehicles on the streets of the country, as well as more than 700 electric charging stations (public and captive) across cities like Delhi, Chennai, Kolkata, Nagpur and Raipur. Its estimate is that EV deployed by EESL have contributed to savings of more than 20 lakh litres of fuel and energy savings of more than Rs 13 crore.

“There are no two ways about the fact that the future of mobility, not only in India but globally, is electric and it is time we equipped ourselves for it,” said Saurabh Kumar, executive vice-chairman of EESL. “With a supportive policy framework, India’s journey towards electric mobility has commenced. It is now incumbent upon us as stakeholders to join forces and enable a clean, green, and electric future for better public health and quality of life for ourselves and our coming generations.”

Yet, since the National E-mobility Programme 2018 and major push by transport ministry as well as the NITI Aayog, India's EV story has seen more pushback than actual milestones. The idea of setting a cut-off date for phasing out automobiles running on internal combustion engines was abandoned after stiff resistance by the auto majors, while incentives like tax deductions have not had much of an impact. The main reason is the evolving nature of the technology itself, as well as the fact that there have been very few EV models that have been affordable as well as attractive to the customer at large.

Most of the initial models in the two-wheeler space were either light electric scooters (in the two-wheeler space) or had cumbersome charging options which limited the customer's ease of use—electric two-wheelers from Ather Energy, for example, can be charged only at their custom charging points, which are mainly present in Bengaluru and Chennai. And in the four-wheeler space, most models were either available only to taxi fleet operators, or were too expensive (Like Hyundai Kona, which retailed at above Rs 26 lakh). The lack of standardisation in charging, batteries also adds to the confusion of end-users.

Recent developments on the China front further complicates India's tryst with EV—not just batteries, but a good chunk of components and technologies related to EV come from China. It is to be seen how this touchy issue is dealt with. In the end, many believe EV will take off in India only once an affordable electric car in launched by one of the mainstream players in the market. Here's looking at you, Maruti Suzuki, and that WagonR-like electric car you've kept shrouded in secrecy for months now.