Solar companies’ dependence on China may prove to be a challenge 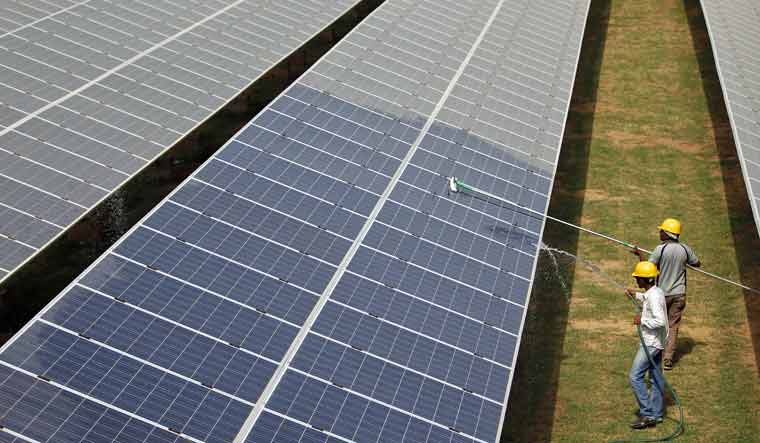 Trade restrictions with China is a very real possibility in the current scenario and if it comes into force, then besides pharma and automotive industries, solar companies may also find it tough in the long run. Indian solar companies are highly dependent on China in terms of importing components as over 80 per cent of solar cells and modules are imported from the country because of its competitive pricing compared to domestic manufactures.

The Chinese solar manufacturing industry has been in its apogee for the past decade while India failed to live up to its promise of emerging as a superpower in this industry.

“The disruption caused by the outbreak of Covid-19 was the first jolt on the supply chain making it difficult for Indian counterparts to look for substitutes. Likewise, with the heightened tensions on border issues, as India aims to emerge as a self-reliant nation with minimal dependency on China, the solar industry may face a big blow. The proficient but not pre-eminent alternative could be exploiting the industry in Vietnam and Taiwan. Nevertheless, the challenges for this sector shall aggravate with increased restrictions in trade with China, in the days to come,” Sonam Chandwani, Managing Partner KS Legal and Associates told THE WEEK.

Market experts say that in the current scenario, India’s solar story is largely dependent on procurement of raw material from China. The same is not the case for wind equipment but for solar about 85 per cent of cells and modules are still imported, mostly from China. China has worked aggressively on ramping up not just renewable energy generation, but production and manufacturing as well and is currently the world’s largest exporter and installer of solar panels, wind turbines, batteries and Electric Vehicles. Specific to solar China is fully integrated with polysilicon production, to wafers, cells and modules.

“India’s current domestic manufacturing capacity stands at around 11 GW for panels and 3GW for cells, although some capacity remains unutilised due to price and quality concerns. Since the world in entirety and India specifically is looking at diversification of trade markets, this is an opportunity to dramatically improve our capabilities in domestic manufacturing of solar equipment. We must, however, keep in mind that near-term development and execution of Renewable Energy (RE) projects is not hampered. To scale up local manufacturing, we need to put in place a long-term policy, coupled with infrastructure and the right incentives to support the same. Investment into R&D is imperative. India needs to think about complete vertical integration if we want to attempt self-sufficiency in solar equipment manufacturing. It is not enough to just set up units to make cells, modules or wafers. We also need to gear up production of ancillaries including inverters, glass, backsheets etc,” remarked Saif Dhorajiwala, co-founder and executive director, Fourth Partner Energy.

Besides boosting domestic manufacturing India also needs to take a forward-looking approach to the manufacturing of renewables equipment, Dhorajiwala said. Battery technology is all set to be a gamechanger, as it addresses the intermittency of renewables and can transform electric mobility. This segment will become critical for the growth of RE in coming years. China has taken an early lead in developing battery technology, but it is still at a nascent stage and India has a good chance at competing on this front. India is not short on skill, expertise, land or man-power—reducing our import-dependency on solar equipment by ramping up domestic capabilities is not an easy task, but it can be achieved. All stakeholders must work in tandem to facilitate the same,” added Dhorajiwala.

Some industry sources point out that the trade restrictions with China might impact the solar industry further, but the constant push to ‘Make in India’ and strengthen domestic manufacturing could be taken as an opportunity by the industry to develop not just in terms of competitive pricing but also technological advancement.

“Trade restrictions with China may actually force hands for a more robust R&D and that if done will be a win. The restrictions, if placed, have to be done in a planned and phased manner in order to ensure the existing pipelines are not disturbed and without impacting the costs of going solar that have been achieved. In fact, a good way could be instead of restricting imports, perhaps incentivise the local manufacturers. The government will have to take a long term view and stay committed to the notion of making India a manufacturing hub, irrespective of our international relations,” Gagan Vermani, Founder and CEO, MYSUN a rooftop solar company.

However, that said in the solar segment though a few companies in India are doing local manufacturing they have not been able to keep up with the paramount quality one gets from China in the solar segment. It is sometimes at a cheaper rate than what the vendors here in India provide.

“There are some people who are very patriotic and nationalist and they may go for Indian made solar equipment, but in the financial world, people look at what money you are paying in the end for what you get. We mostly depend on Chinese panels and solar equipment as they almost provide 80 per cent of the products that we use. They will make an entire sound ship around a product that you want and give it to you at a price that is sustainable, which is not possible in India due to various reasons like labour and taxes. The entire crisis of Covid-19 should wake up the government and they should start taking steps in this direction starting with encouraging people and providing benefits for them to initiate the Make in India campaign,” said Imaan Javan, director of Suntuity REI, a solar power solutions and panel installation company.

Besides solar, even the lithium batteries for Electric Vehicles (EVs) are sourced from China due to the non-availability of Lithium in India. Hence, many manufacturers feel that it would not be appropriate to boycott trade relations with China.

“Other than electronics parts in the EV industry, we are mainly depending upon China for Lithium-based batteries for EVs. One of our main products, EV battery-swapping stations for two and three-wheelers is going to be set up in different parts of the country. It will use four different type Lithium-based batteries out of which two are sourced from China by our battery partners. A disruption will directly impact our end-user choice and price parity. In the meantime, we are also working in alternative battery technologies to minimize the dependency on any other country,” pointed out Vikrant K. Aggarwal, co-founder at EVI Technologies, an Electric Vehicle charging manufacturing company.