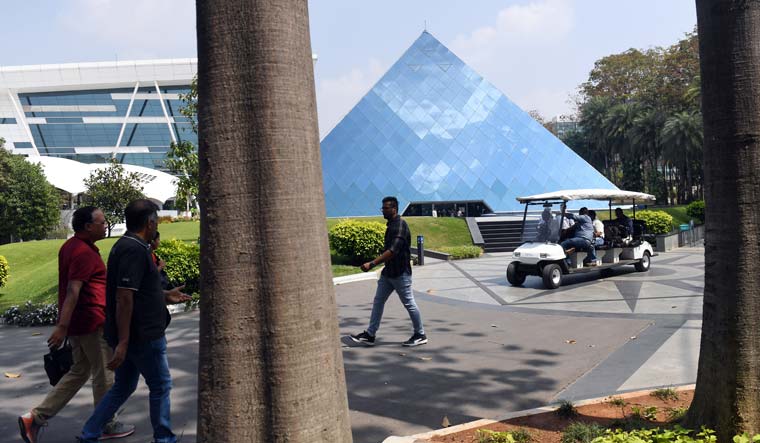 With the US president Donald Trump signing the order to suspend H-1B, L-1 visas and other non-immigrant visas till December 2020, it could be a tricky time for the Indian IT companies. Being an election year, Trump's move is aimed to keep the locals happy. The suspension is for only fresh applications this year and hence, those who are working in the US on these visas will continue to do so as there is no clarity on their statuses. Indian IT companies have been gearing up for continued H-1B visa disruptions for quite some time and hence, have well-developed strategies to deal with the situation.

“I think this is only going to lead more work to be offshored. If IT companies can't bring workers onshore, they will figure out ways to take the work offshore, especially given that everybody seems to be working from home or remotely nowadays because of social distancing norms,” said Vivek Tandon, Founder and CEO of EB5 BRICS.

The only catch could be that the H-1B visas may open only for people with higher salaries and that means that low-salaried people will not be able to apply for the same. “Indian IT services companies were already equipped to withstand higher H-1B rejection rates with higher localisation and local delivery centres. Wipro and HCL Tech have achieved more than 70 per cent localisation levels. Indian IT services companies have re-aligned the balance between H-1Bs and locals. The impact of regular H-1B rejections had led to a change in the cost structure (higher localisation, on-site delivery centers) of the Indian IT companies and had led to a change in geographical preferences. The H-1B applications have already shifted to lower cost destinations like Texas, Virginia, Florida, and Connecticut from high-cost destinations like California, Washington, New York and New Jersey,” Amit Chandra Assistant Vice President, HDFC Securities told THE WEEK.

However, one major challenge for the Indian IT companies could be that talent crunch, H-1B rejections, local hiring, higher sub-contracting and lower onsite utilisation have resulted in rising onsite cost structure over the past two years. “H-1B wages in the US have grown at a CAGR of 5 per cent over FY14-19 to $90,727. The rise in H-1B wages in the last two years was higher at 7.8 per cent CAGR due to higher H-1B rejections and shortage of talent trained on newer technologies. If fresh H-1B visas are issued to only higher salaried people with high-end challenges then it could mean a hit of 1-2 per cent on the margins of the Indian IT companies,” added Chandra.

Of course, as per an analysis done by THE WEEK a few days back, the decision by Trump is aimed at creating a nationalistic fervour locally at the time of elections. However, if stringent regulation of H-1B is going to be the order of the day for the next four to six quarters, the service providers will be forced to use local talent to deliver upon their contracts. This may also come with a bit of a challenge especially for mid-sized Indian IT companies.

“Availability of local talent is challenging because they have to revise prices upwards. As a result, this is going to hurt the user companies in the US across industry sectors. Mid-sized IT providers from India will have a problem in engaging the H-1B visa-holders on one hand, and on the other, delivering upon the contracts signed by them. At the same time, large Indian IT service providers like TCS, Infosys and Wipro have large local presence in the US and would not be hugely impacted by the decision,” remarked Aditya Narayan Mishra, director and CEO of CIEL HR Services.

It has been observed that there is a dearth of talent in the STEM (Science, Technology, Engineering, and Mathematics) segment in the US and Indian IT companies are increasingly involving local talent to train them locally. HCL and Wipro have around 70 per cent locals as their workforce in the US. TCS and Infosys have more than 55 per cent of locals in the US. These companies from the very beginning have increased their local hiring to deal with any visa disruptions.

It is also a fact that many Indian IT companies service the government departments and also work for many US clients. Their projects may be impacted due to cost increases and potential delays in implementation of their automation projects. However, the unemployment rates in the technology sector are very minimal.