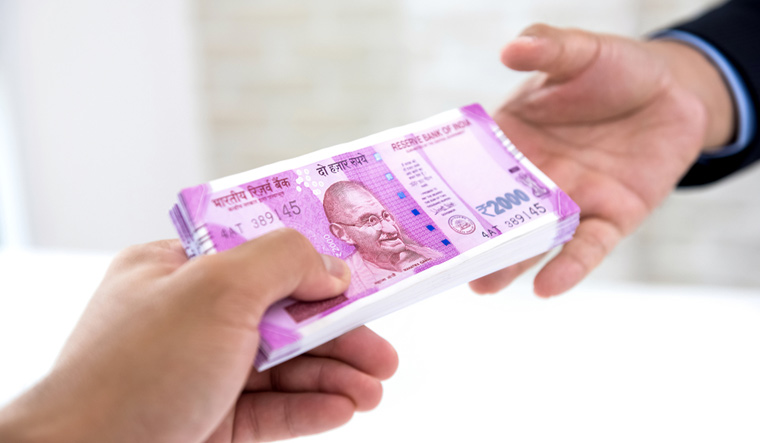 In what could be a big boost for the troubled non-banking financial services sector, finance minister Nirmala Sitharaman on Wednesday announced a slew of measures, which will look to address the acute liquidity pressures faced by some of the NBFCs, particularly those that have a low credit rating.

After infra lender IL&FS defaulted in 2018, and major mortgage lender DHFL was admitted to bankruptcy courts last year, many NBFCs, smaller housing finance companies and micro-finance institutions have faced liquidity challenges as banks have been averse to lend more, and mutual funds too have reduced their exposure to the sector.

“We have been hearing that in spite of the steps that the RBI took, in spite of all the provisions we made between the July budget and February budget, it was felt that the NBFCs were not able to get enough resources. Some NBFCs, which were not very highly rated had particular difficulties in comparison to the others. So, government of India now launches a Rs 30,000 crore special liquidity scheme,” Sitharaman told reporters.

Under the scheme, investment will be made in both primary and secondary market transactions of investment-grade debt papers of NBFCs, HFCs and MFIs. Also, these debt securities will be fully guaranteed by the government.

Separately, the government will also extend the partial credit guarantee scheme to cover primary market issuance of bonds of NBFCs, HFCs and MFIs with a low credit rating. The government will guarantee the first 20 per cent of the loss, added Sitharaman.

Analysts welcomed this move, saying it would not only improve the credit profile of NBFCs, but also provide further funding access to their underlying borrowers, many of whom are micro, small and medium enterprises.

“The aggregate allotment of Rs 75,000 crore to NBFIs comes as a lifesaving liquidity booster shot for the NBFIs, especially for those in the lower investment grade category,” said Vydianathan Ramaswamy, director, ratings, Brickwork Ratings.

He said NBFCs had been reeling with liquidity challenges as loan repayments by their borrowers had dipped by almost 40-80 per cent since the lockdown was imposed towards the end of March.

In April, the Reserve Bank of India had announced targeted long term repo operations of Rs 50,000 crore, to ensure adequate liquidity for NBFCs and MFIs. However, it got a tepid response from banks.

“Now banks with government guarantee will happily draw funds from the RBI and support low rated companies. Another Rs 45,000 crore with 20 per cent first loss partial guarantee from government will encourage lenders to support low and even unrated NBFCs, MFIs and HFCs. This measure will largely solve the liquidity issues of these lenders,” said Tripathi.

However, experts say details and execution of the scheme would be key to ensure funds reach eligible borrowers.

“The Rs 30,000 crore special liquidity scheme is very positive as it directs liquidity where it is most required and will enable these institutions support their borrowing customers through this period of cashflow stress,” said Sanjoy Dutta, partner at Deloitte India.

He also felt that the partial credit guarantee scheme was a “bold move” as it allows banks to renew lending to MFIs, NBFCs and HFCs with non-investment grade rating.

However, they will have to ensure that funds are released only after due risk assessment of the borrowers business and cashflows together with active monitoring of the borrower through the duration of the borrowing as lenders will still carry 80 per cent of the risk of borrower default, he added.

Harsh Shrivastava, CEO of MFIN (Microfinance Institutions Network) said that the move would not only provide liquidity, but also increase confidence among lenders to the 5.8 crore micro-finance borrowers, and thus spur onward lending across India.