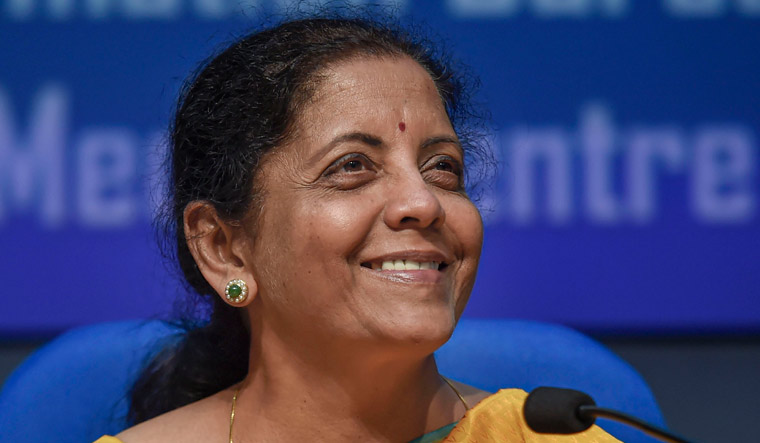 A day after Prime Minister Narendra Modi unveiled the long-awaited economic stimulus package, Finance Minister Nirmala Sitharaman on Wednesday released the details of the financial stimulus. In the first tranche of announcements, the Centre has given special emphasis on the distressed MSME sectors and to infuse more liquidity into the system through financial institutions.

The following are the major sector-wise announcements made by the finance minister:

The Centre has announced Rs 3 lakh crore collateral-free automatic loans for MSMEs starting October 31, 2020. The emergency credit line will be available for those MSMEs with Rs 25 crore outstanding or Rs 100 crore turnover. The loans will have a 4-year tenor with 12 months moratorium on repayment of the principal amount. The interest of the loan will be capped and comes with 100 per cent credit guarantee cover to banks and NBFCs on principal and interest.

In further measures, the government has also announced equity support for stressed MSMEs. The government will facilitate provision of Rs 20,000 cr as subordinate debt. In addition, there will be an equity infusion of Rs 50,000 crore for these MSMEs through a 'fund of funds'. "The fund will be operated through a mother fund and few daughter funds; this will help to expand MSME size as well as capacity," Sitharaman announced.

In a major shift in line with promotion of local manufacturing, the Centre has decided to disallow global tenders in government procurement upto Rs 200 crore.

For EPF establishments, the liquidity support, announced by the government in the previous package, will be extended for another three months (June, July and August) providing a relief of Rs 2,500 crore. "In order to provide more take home salary for employees and to give relief to employers in payment of PF, EPF contribution is being reduced for businesses and workers for 3 months, amounting to a liquidity support of Rs 6,750 crore," the FM said. The statutory PF contribution by employer reduced to 10 per cent from 12 per cent earlier.

The government also announced the launch of a Rs 30,000 crore Special Liquidity Scheme for NBFCs/HFCs/MFIs to create confidence in the market. Under the scheme, investment will be made in both primary and secondary market transactions in investment grade debt paper of the financial insitutions. Rs 45,000 crore liquidity to be infused in NBFCs through partial credit guarantee scheme.

All central agencies will provide an extension of up to 6 months, without cost to contractor, to obligations like completion of work covering construction and goods and services contracts. The government agencies to partially release bank guarantees to ease cash flows for extent contracts.

States and Union Territories and their regulatory authorities will be asked to extend the registration and completion date suo-moto by 6 months for all registered projects expiring on or after March 25, 2020 without individual applications.

TDS and TCS rates to be reduced by 25 per cent for the current financial year till March 31, 2021. The rate reduction will be applicable for for non-salaried specified payments made to residents, including contracts, professionals, rents, etc. The relief will retain Rs 50,000 crore in the hands of the people.

In addition, all pending refunds to charitable trusts, non-profit businesses, professions, LLPs and corporates, etc will be issued immediately.

As hinted by the prime minister, the fiscal stimulus has tried to include land, labour, liquidity and law under its ambit. "The package is to spur growth and build a self-reliant India. It is based on the five important pillars--economy, infrastructure, tech-driven systems, demography and demand," the finance minister said ahead of announcing the details.

Sitharaman also re-emphasised PM's pitch for promoting Made in India products to revive a coronavirus-hit economy. “Local brands will be made global,” she said. However, she reminded that 'atmanirbhar' (self reliance) does not mean India is going to be an isolationist country.

After PM Modi unveiled the Rs 20 lakh crore economic stimulus package on Tuesday, comparisons were drawn with the UK's 30-billion-pound fiscal stimulus that had dished out big chunks to the labour market and the healthcare system and was followed by another 330 billion pound guaranteed loans to businesses. The UK's package had included paying wages for the firms and MSMEs (Micro, Small and Medium Enterprises) that retained their labour force.

The Rs 20 lakh crore package--which also includes the 1.7 lakh crore package announced in March--was a tenth of the nation's GDP and will provide a fresh boost for a "self-reliant India", the prime minister said on Tuesday.