There will be massive labour shortages in major cities 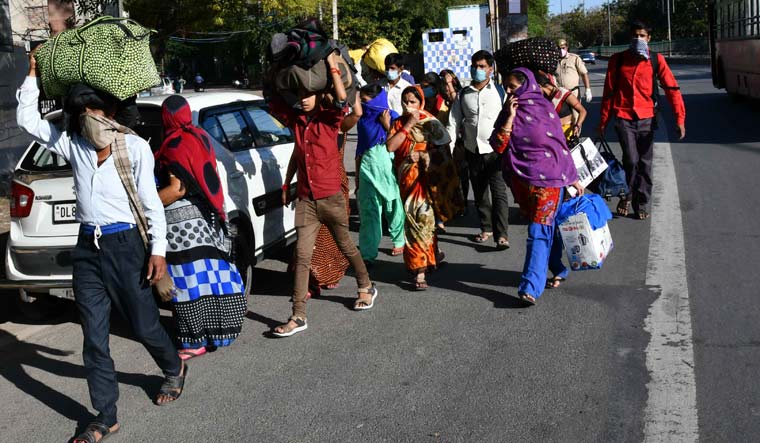 The lockdown has led to a humanitarian crisis, affecting millions of migrant workers. While some of them are stuck in the cities, many have returned to their villages, some even walking hundreds of kilometres. The workers came to the cities in search of livelihood, but the ongoing crisis has forced them to seek the emotional comfort of their homes. THE WEEK spoke to migration expert Chinmay Tumbe, assistant professor at IIM Ahmedabad, about the ongoing crisis. Excerpts from an interview:

The return of the migrant workers has come as a surprise to policy-makers.

I do not find it unusual. There are millions of circular migrant workers. After factories and job-outlets were shut and incomes dried up, it was only rational and natural for them to go home. The government assurance on income and rent-waiver came only on March 29. They fled before that out of fear of losing their livelihoods and to escape hunger.

What are the lessons that can be learnt from the present situation?

Lockdowns need proper planning, including giving some time to migrant workers to go back, should they choose to. If the objective is to keep migrant workers within the city, then the lockdown speech should contain clear assurances. The measures should not be coming four days after the lockdown is announced.

Are the free food camps sufficient?

The food camps are not some charity. It is what the government has to do given that the migrants have less money and are not allowed to return. Supplies to these camps should be high priority because if they do not reach on time, it would lead to even greater panic and showdowns.

Will the workers return after the lockdown?

It will take some time because of the uncertainty around virus transmission. There will be massive labour shortages in major cities. I suspect most workers will return only later in the year since the June-July period is usually spent at home even during normal times.

What institutional changes can be introduced to help the informal sector?

The most basic measure is the portability of social security. The One nation, one ration card scheme is slated to be launched in June. It has been under discussion for a decade and now is the time for its urgent implementation.