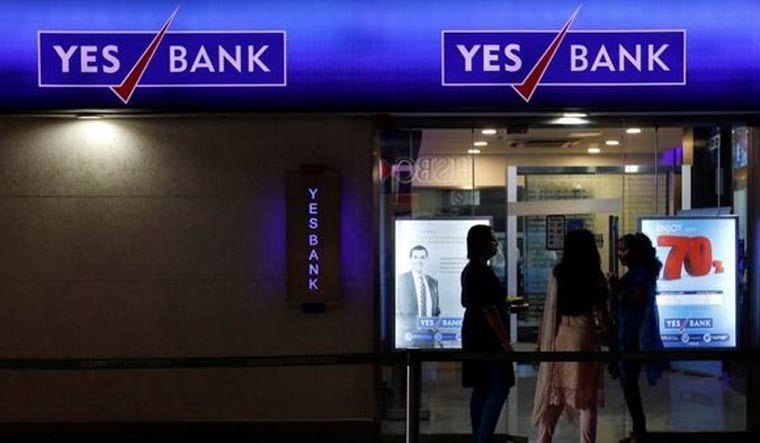 Yes Bank has been grappling with mounting bad loans | Reuters

Troubled private sector lender Yes Bank was placed under a "moratorium" on late Thursday, with the RBI capping depositor withdrawals at Rs 50,000 per account for a month and superseding the board with immediate effect.

The Reserve Bank of India (RBI) took the decision in consultation with the government to protect depositors' interest.

The RBI also superseded the board of Yes Bank, which has not been able to raise required capital for the last six months. It also appointed former Chief Financial Officer of SBI, Prashant Kumar as the administrator of Yes Bank.

"The Reserve Bank came to the conclusion that in the absence of a credible revival plan, and in public interest and the interest of the bank's depositors, it had no alternative but to apply to the central government for imposing a moratorium under Section 45 of the Banking Regulation Act, 1949," the RBI said in a statement late in the evening.

The statement said the bank management had indicated that it was in talks with various investors and they were likely to be successful. The bank was also engaged with a few private equity firms for exploring opportunities to infuse capital.

"These investors did hold discussions with senior officials of the Reserve Bank but for various reasons eventually did not infuse any capital.

"Since a bank and market-led revival is a preferred option over a regulatory restructuring, the Reserve Bank made all efforts to facilitate such a process and gave adequate opportunity to the bank's management to draw up a credible revival plan, which did not materialise," the statement said.

In the meantime, the bank was facing regular outflow of liquidity, the apex bank said, justifying its actions.

The actions come hours after sources said the government has approved a plan wherein State Bank of India (SBI) and other financial institutions would bailout Yes Bank.

If the plan is implemented, it would be the first major instance in many years where a private sector lender would be bailed out using public money.

In 2004, Global Trust Bank was amalgamated with Oriental Bank of Commerce and in 2006, IDBI Bank took over United Western Bank.

The curbs on Yes Bank come after similar action was taken against fraud-hit cooperative lender PMC Bank in September, where depositors are still in the lurch.