Will not tax those who are bonafide workers in other countries: Ministry of Finance 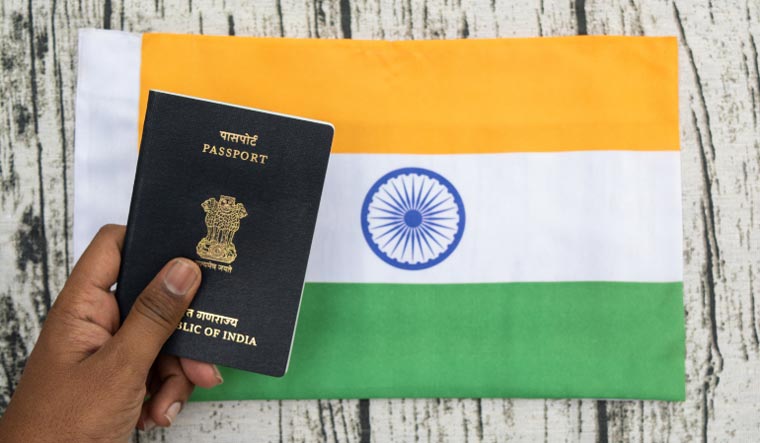 While Finance Minister Nirmala Sitharaman's Budget speech promised tax cuts for swathes of the middle class (subject to conditions), non-residential Indians (NRIs) were left alarmed by her proposal that NRIs in no-tax countries would be liable to the same in India.

As per the Budget speech, "It is also proposed to provide that an Indian citizen who is not liable to tax anywhere would be deemed to be resident in India."

With millions of Indians residing in Middle East countries that levy no tax, the proposal would have affected several NRIs who have returned to India or spend much time in India.

Now, on Sunday, the government issued a clarification that such tax would only be applicable to Indian businesses or professions.

"In order to avoid any misinterpretation, it is clarified that in case of an Indian citizen who becomes deemed resident of India under this proposed provision, income earned outside India by him shall not be taxed in India unless it is derived from an Indian business or profession. Necessary clarification, if required, shall be incorporated in the relevant provision of the law," the ministry of finance said in an official release.

The ministry said that a false impression was created that bonafide workers in other countries who are not liable to tax there would be made liable in India.

"The Finance Bill, 2020 has proposed that an Indian citizen shall be deemed to be resident in India, if he is not liable to be taxed in any country or jurisdiction. This is an anti-abuse provision since it is noticed that some Indian citizens shift their stay in low or no tax jurisdiction to avoid payment of tax in India," the release said.

"The new provision is not intended to include in tax net those Indian citizens who are bonafide workers in other countries. In some section of the media the new provision is being interpreted to create an impression that those Indians who are bonafide workers in other countries, including in Middle East, and who are not liable to tax in these countries will be taxed in India on the income that they have earned there. This interpretation is not correct," it stated.

In another press release, the government clarified the matter using an example of an Indian citizen working in the United Arab Emirates (UAE).

“An Indian citizen who is having a permanent home in UAE and have his employment or business in UAE and most of the time stay in UAE would not be hit by this provision and would remain resident of UAE,” the government said.

It added that the tie-breaker rule would be applied in the case of an individual becoming a resident of both India and the UAE, where a series of tests would be applied to determine residency and therefore tax liability.

First would be where the place of the NRI’s permanent residence is. In case the individual has this in both the UAE and in India, the second test would be on the basis of where the individual has a centre of vital interest in terms of personal and economic relations. Should this too be unclear, the third test would determine the person’s habitual residence, on the basis of which country they spend the most time.

What does the Finance Bill say about the new proposals?

As per the Finance Bill 2020, "...An individual, being a citizen of India, shall be deemed to be resident in India in any previous year, if he is not liable to tax in any other country or territory by reason of his domicile or residence or any other criteria of similar nature.”

In addition, the length of stay in India that would turn a Person of Indian Origin (PIO) into an NRI has been reduced from 182 to 120 days, effective from April 1.

Revenue Secretary Ajay Bhushan Pandey on Saturday said that the period of stay outside of India that turns a citizen into a non-resident had been increased from 182 days to 240 days.

"In many cases, we have found that some people are residents of no country in the world, they may be staying a certain number of days in different parts of the world. So... any Indian citizen—if he is not a resident of any country in the world—would be deemed to be resident in India, and then his worldwide income will be taxed," said Pandey.