OPINION: How corporates have stepped up to solve India’s skilling challenge 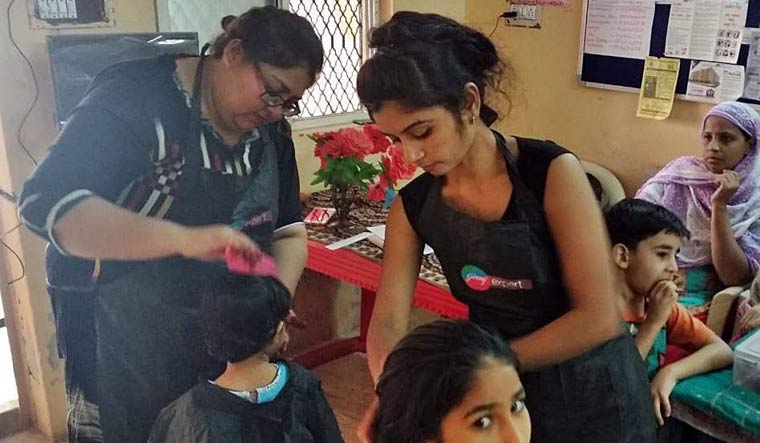 With an unemployment rate of over six per cent—the highest it’s been in over four decades—India has been facing one of its biggest challenges. Supporting entrepreneurship and self-employment could help address this issue. The Periodic Labour Force Survey of 2017-18 indicated a rise in the share of own account workers and employers among the self-employed between 2011-12 and 2017-18.

However, youngsters require essential skills in order to engage in sustainable and remunerative livelihoods. And that is where India’s corporate sector has successfully managed to bridge the gap. Over the last decade, corporates have been leveraging their core competencies to train youngsters to ensure employability.

India has been undergoing dramatic demographic, structural and technological shifts that are transforming the economy and nature of work. Individuals of working age (15-59 years) currently make up 62.5 per cent of our population, which is more than that of dependants (children and elderly people). And this number is only set to rise. According to the World Economic Forum, around 70 million Indians will enter the workforce by 2023. While these figures pose a crucial opportunity for economic growth, without a multiverse of concerted approaches to provide young people with the skills and opportunities to achieve their aspirations, their futures are at risk.

Corporate India recognised the need for a skilled workforce early on and invested in programmes for its employees. These skill-development efforts further extended into corporate social responsibility (CSR) with The Companies Act, 2013—90 per cent of the top 100 organisations in India had at least one CSR programme in skills and livelihood development from 2014-2017.

However, focus on skilling received much-needed impetus in 2015 with the launch of the government’s ambitious National Skill Development Mission, which aims to train at least 300 million people by 2022. This initiative has seen businesses and start-ups join hands with the government and other stakeholders to ensure that training efforts are relevant and remain updated.

Maruti Suzuki India Limited, for instance, has set up academies to train youngsters in technical requirements across production, supply chain and dealership. It has also partnered with government industrial training institutes across the country for training in automobile service and repair.

The ICICI Foundation has established 26 academies that offer vocational training in 12 technical and office skills. It collaborates with knowledge partners such as Voltas and Schneider Electric India Foundation for curriculum design and content development.

Garment making, hospitality, security, and health are some of the courses that are offered by Skill & Entrepreneurship Development Institutes (SEDIs) set up by Ambuja Cement Foundation across the country.

In a first-of-its kind initiative, McDonald's India (West and South) has partnered the Retailers Association's Skill Council of India (RASCI) to offer a three-year programme for undergraduate students in retail operations.

Employability has been a key goal of the Godrej Group's Good & Green CSR strategy for nearly a decade now: We aim to provide 1 million unemployed and under-employed individuals with skill training that can enhance their livelihood potential.

One such initiative is Salon-I, our women-centric training programme in the beauty and wellness sector run by Godrej Consumer Products Limited. The other is Godrej Properties Limited's Good Contractor programme, which provides subcontractors with technical and financial assistance to address issues such as lack of working capital and business expansion.

Over the years, the CSR focus on employability has provided some important industry-wide learnings. The first is that human capital has to be enhanced through a combination of technical and life skills. According to a CSR report by Samhita Social Ventures for the Godrej Group, this has played a key role in increasing workforce participation and income generation for youth at the bottom of the pyramid.

For example, once they completed Salon-I, work rates increased threefold, with 45 per cent trainees in paid work and median earnings of Rs 3,000 per month. There is another lesson closely linked to this: Woman-centric programmes prove instrumental in increasing their participation in paid work, encouraging entrepreneurship and empowering them within the context of their families and communities.

Ambuja Cement Foundation’s skill development and self-help group (SHG) programmes in Himachal Pradesh demonstrate this. SHG members in Darlaghat who received training in hosiery knitting found markets for their products in Shimla and Ludhiana. The success of this initiative led to a hosiery production unit being set up in their village.

What has also proven more effective is expanding the focus of interventions to enable inclusive practices in the ecosystem, instead of simply addressing the needs of individuals. Samhita’s CSR

study showed that 75 per cent of subcontractors who enrolled in the Good Contractor programme not only hired more workers, but also ensured their safety and fulfilled compliances, which formalised more jobs.

While India Inc has taken the first step by establishing skill-training programmes, we need to start thinking ahead to ensure sustainability of these initiatives and figure how to meet the goal. One way is to leverage and scale up employability training programmes through partnerships.

Another important shift required is that of the skills and livelihoods narrative itself. We need to have a broader understanding of livelihoods because the fact remains that despite efforts at skilling youngsters, there are simply not enough good-quality jobs to accommodate them.

While employability remains a top priority, it is imperative to chalk out ways to support self-employment and entrepreneurship, which could create new avenues for economic participation. Though this process takes longer and is more intensive, it could have a more significant impact in the long term.