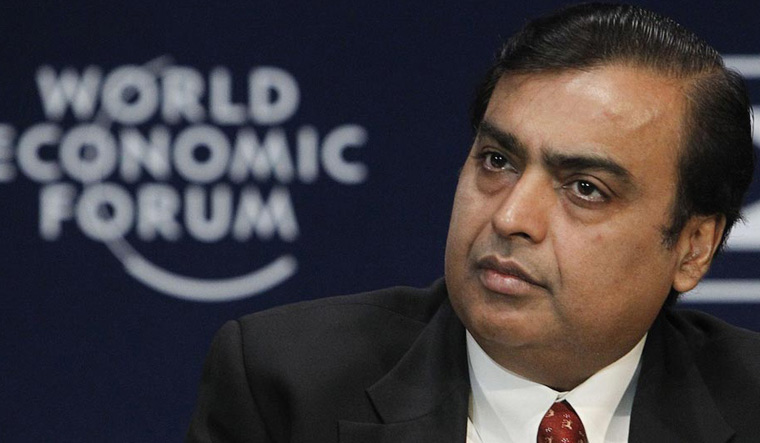 Mukesh Ambani has been planning his e-commerce debut in India for long. One can assume that he cradled the idea of becoming a formidable force to Amazon and homegrown Flipkart as he soft launched Reliance Jio back in December 2015.

The move is the latest sign of the oil-to-petrochemicals group's pivot towards data and digital services for future growth. Ambani told shareholders in August that the new businesses, including retail, are likely to contribute half of Reliance's earnings in a few years, versus about 32 per cent now.

Reliance, primarily an oil refining and petrochemical company, rediscovered itself with Reliance Jio. "Data is the new oil," Mukesh Ambani had said at the first India Mobile Congress in September 2017, a year after the launch of Reliance Jio.

And ever since, the eldest of the Ambani siblings has been on an acquisition spree over the past two years. It acquired more than 20 startups including music streaming apps, AI startups, a media production house and a cable network.

This is apart from the acquisition of Grab, a last mile logistics service for businesses and enterprises to manage their last mile deliveries, in March. A month before in February, it had bought Reverie Language Technologies, a homegrown company specialising in developing Indian language content in the digital world.

Last March, Reliance Jio announced integration of its digital music service, JioMusic, and OTT platform Saavn that powers Amazon Alexa in India. The combined entity, valued at over $1 billion, then brought in JioSaavn to compete with the likes of Amazon Music, Apple Music and Gaana.

As evident, Mukesh Ambani's e-commerce giant was in the making over the past two years, since the launch of Jio. Clearly, he looks at the larger picture to bite off the larger pie of the ever widening Indian e-commerce space.

The plan is to roll out a giant online shopping platform that will combine Reliance's retail arm's nearly 10,000 stores in over 6,500 towns as well as neighbourhood retailers with its fast expanding mobile phone network that already has 28 crore subscribers.

One of the main reasons for the success of Jack Ma's Alibaba in China was its mom-and-pop shops. This is, in effect, a key segment that Ambani would be betting on as his e-commerce platform takes to shape within months.

The new structure will also create the largest digital services platform company in India. The new entity will continue to work on technologies in areas like healthcare and education, while also looking at next-gen competencies like artificial intelligence, Blockchain, virtual and augmented reality, among others.

On Friday, Reliance Industries Ltd (RIL) announced it will set up a new subsidiary to bring all its digital initiatives and apps under a single entity, and infuse Rs 1.08 lakh crore equity into this new unit.

Reliance Industries will invest the money in the holding company—likely on the lines of Alibaba Group Holdings and Alphabet Inc—through optionally convertible preference shares. The unit will acquire the parent's equity investment of Rs 65,000 crore in Jio, according to Reliance Industries. "The reorganization of Jio's capital structure is intended at consolidating all digital assets under one entity, reducing debt at this entity and streamlining the structure to make it attractive for eventual monetisation," Citigroup said in its research as reported by Bloomberg.

The new entity will continue to work on technologies in areas like healthcare and education, while also looking at next-gen competencies like artificial intelligence, Blockchain, virtual and augmented reality, among others. It will also bring into its fold Reliance's consumer-focussed digital offerings like MyJio, JioTV, JioCinema, JioNews and JioSaavn, while enabling Reliance Jio (RJIL)—its telecom arm—to become "virtually net debt free" by March 31, 2020 (excluding spectrum liabilities).

Under the new structure, RIL board has approved the formation of a wholly-owned subsidiary (WOS) for digital initiatives, and an investment of Rs 1.08 lakh crore in the said unit through optionally convertible preference shares (OCPS), the statement said. The WOS will also acquire RIL's equity investment of Rs 65,000 crore in RJIL, it added.

With the plan, Ambani is cleaning up the parent's balance sheet, with the goal of making it free of net debt in less than two years.