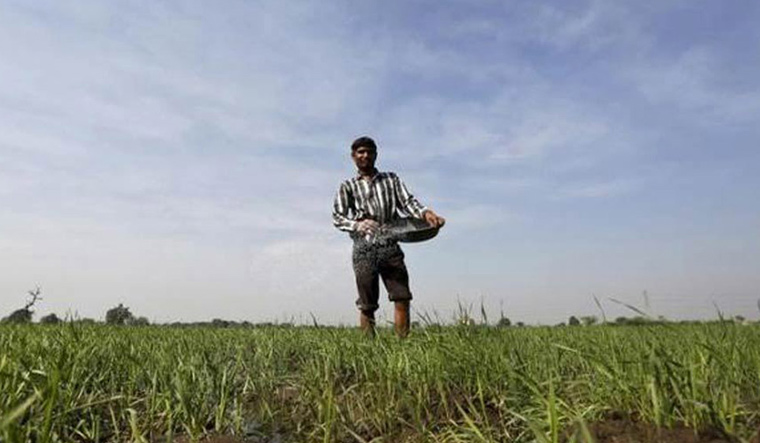 Farmers are still unaware of the details of the Pradhan Mantri Fasal Bima Yojana (PMFBY) even as the Narendra Modi government and insurers are trying to increasing the penetration in the non-loanee segment, said Weather Risk Management Services Pvt Ltd.

However in many states, high satisfaction has been seen among the enrolled farmers, the reasons being proper implementation in terms of assistance to farmers and involvement of insurance company and high percentage of insured farmers receiving payouts, it said.

The PMFBY, launched in 2016, is the most important tool today to insure agriculture against climate and other risks. The scheme, which is an improvement over the previous agriculture insurance schemes, not only provides subsidised insurance to the loanee farmers but also avails it to the non-loanee farmers.

"In a recent survey done in eight states (Uttar Pradesh, Gujarat, Odisha, Andhra Pradesh, Chhattisgarh, Nagaland, Bihar and Maharashtra) by BASIX, it was found that only 28.7 per cent of the sampled farmers are aware about the PMFBY," WRMS said.

As per the survey findings, farmers complain that the process for enrolment as non-loanee farmers is difficult. They have to obtain sowing certificates and land records from the local revenue department, which is time consuming.

Further, the bank branches and customer service centres are not always available for enrolment as they are preoccupied with other works, the survey showed.

"Farmers are not told why they have received or not received claims and what is the basis for the claim calculations," the survey noted.

According to the survey, 40.8 per cent gathered information from formal sources like agriculture department, insurance companies or customer service centres and rest were informed by specific channels, creating awareness.

From those who were aware of the scheme, only 12.9 per cent could get their crop insured, of which 77 per cent were linked to loans.

"Approximately 41.3 per cent of the farmers cited lack of necessary documents as the major challenge to get insurance and the other challenges were small land holdings (21.4 per cent), lack of assistance from government officials (26 per cent) and inefficiency of online systems (17.3 per cent)," the WRMS said about the findings of the survey.

There is a high willingness to take insurance among the farmers who could not get themselves insured due to one of the above-cited reasons, it added.

"One of the main reasons of improper implementation of PMFBY in several regions is lack of trained resources. ... There is a lack of awareness at every stage of implementation," WRMS Managing Director Sonu Agrawal said in a statement.

Emphasising the need to enhance awareness among non-loanee farmers, the WRMS suggested that simple platforms need to be built to help farmers apply for the scheme and, at the same time, get details on the risks covered in the scheme and how they can inform about their localised losses.

There is a need for a transparent platform wherein applications, survey requests and payout status can be checked timely and grievances of farmers and insurance companies can be redressed via a grievance redressal mechanism, which can be set by government in advance, it added.