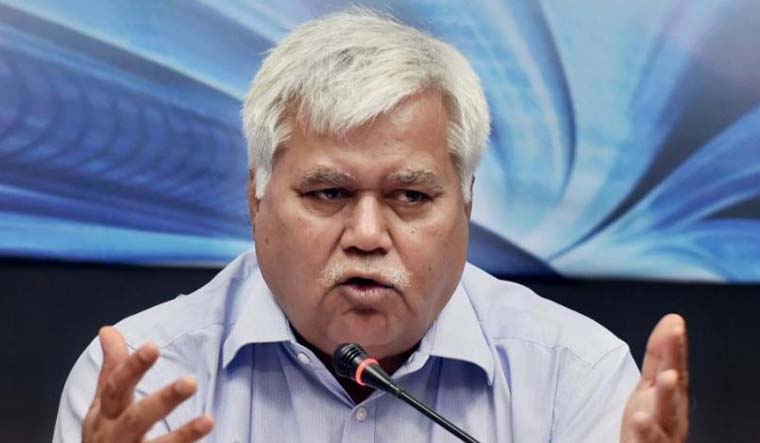 Amid the controversy over TRAI chairman Ram Sewak Sharma making public his Aadhaar number with the dare to hackers to invade it, the government today extended his tenure by two years.

The extension till September 30, 2020, a day before his tenure was to come to an end, coincides with the Supreme Court adjudicating on the issue of safety of personal details relating to Aadhaar with government claiming the security systems are foolproof.

The apex court had directed extension in the time frame for banks and the telecom companies to mandatorily seek Aadhaar details as part of Know Your Customer (KYC) norms.

Following the dare by Sharma, some hackers had made public the personal details including the phone number of his and some others related to him.

The Appointments Committee of the Cabinet has approved reappointment of Sharma as chairperson of the Telecom Regulatory Authority of India (TRAI) for a further period beyond August 10, 2018, upto September 30, 2020, i.e. the date on which he attains the age of 65 years, the order issued by the Personnel Ministry said.

He was in July 2015 named as the TRAI chief for a three-year period.

Sharma, a 1982 batch (retired) IAS officer of Jharkhand cadre, was recently in news after he disclosed his Aadhaar number on the microblogging site Twitter and threw an open challenge to people to show how mere knowledge of the 12-digit unique number could be used to harm him.

The move had caused a social media flutter as he was criticised by many for throwing such a challenge.

The Unique Identification Authority of India (UIDAI), which issues Aadhaar, had thereafter asked people not to share their unique identification number publicly or pose such challenges to others.

Some of the decisions by the TRAI, ranging from slashing of call-connect charges to its stance on the provision of points of interconnect (sought by Reliance Jio at the start of its services), and predatory pricing rules have come under the industry's attack.

More recently, the industry body COAI raised a red flag over TRAI's new regulations on curbing pesky calls and messages, saying tailoring of systems, and use of blockchain technology will involve Rs 200-400 crore investment and 18 months for the rollout, at a time when the sector is financially-stressed.

He has been credited for playing a key role in implementing Aadhaar project.

Sharma has also worked as the Director General and Mission Director in the UIDAI.

He is credited to have designed key digital services, such as digital locker, and for fast execution of schemes to push electronics manufacturing in the country.