What's Product Red and how is it related to iPhones? 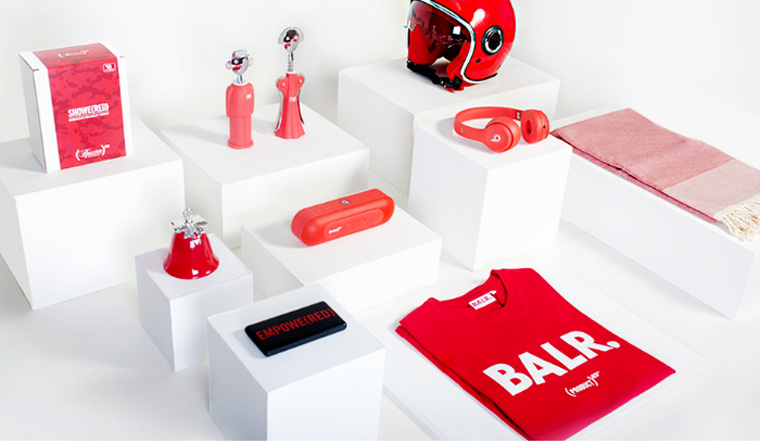 Retail products made in collaboration with the brand Product Red

Remember when the red iPhone launched and we took our own sweet time trolling our minds on whoever owned one of them? The red iPhone was made fun of by everyone who was ignorant as to why Apple would go off the rail from their usual.

However, if you’ve noticed, there has been an onset of red products from leading electronic and clothing companies. It was a statement all together. These red-coloured products actually had a purpose behind it.  No, it’s not the Red Cross.

These products are being made in collaboration with the brand Product Red that help raise awareness and fund to prevent HIV/AIDS in eight African countries, including Rwanda, Ghana and Swaziland. Partner companies like Apple, Coca-Cola, Nike, Hallmark, Armani, etc, create products in either red or with the Product Red logo (RED). Up to 50 per cent of the profit from each product would go to the Global Fund to Fight AIDS, Tuberculosis and Malaria. iPods, t-shirts, laptops, colognes and other products you buy directly contribute to the Global Fund. The patients are taken better care of and provided improved treatment, thanks to the American shopper.

(RED) was founded by U2 star Bono and former US President John F. Kennedy's nephew Bobby Shriver as "a campaign that combined consumerism and altruism". Well, that was a pretty smart move. There is nothing more profitable that using consumers for charity purpose.

Apple advertised the red iPhone with the tagline ‘Buy (RED). Give Life'.

But even before much was written about the motive behind the red iPhone, Apple faced criticism for the colour—some even called it gay. It's imperative that we pay a little more attention to details and give more thought as to why.

Recently, comedian Kenny Sebastian took to Instagram saying “ A lot of people assume the #RED iPhone is just a colour option. Red is a global fund that provides medicine & testing to prevent transmission of HIV aids from a mother to unborn offspring.”

So now that you know the purpose behind Product Red, let's now break that ignorant bubble because there are some real issues out there!