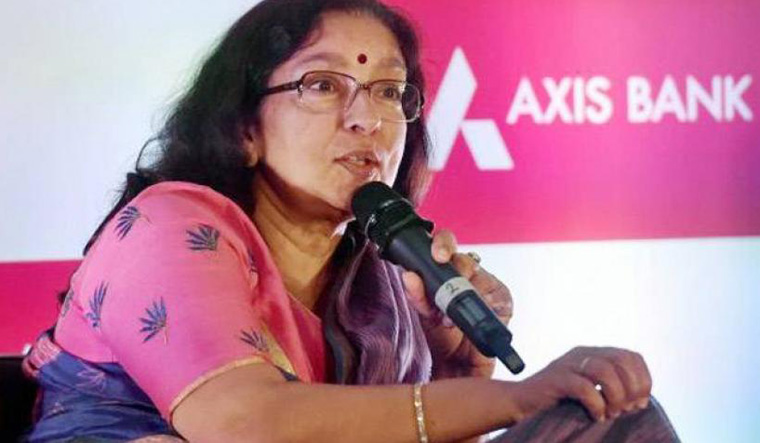 In a surprise move, Shikha Sharma, the managing director and chief executive of Axis Bank wants her new term to be reduced to just seven months. The board of the third largest private sector lender, which had earlier approved a three year extension to Sharma, has accepted her request to cut short her stint.

"Shikha Sharma, MD and CEO of the bank has requested the board to reconsider the period of her re-appointment to be revised from 1st June 2018 up to 31st December 2018. The board has accepted her said request, subject to the approval of the RBI," the lender said on Monday.

It, however, did not give any details on why Sharma had sought to reduce her tenure.

Sharma has been the chief executive of Axis Bank since 2009 and in December 2017, the board had approved a fourth three-year extension. Her new term starts on June 1.

According to a recent report, the Reserve Bank of India had written to the Axis Bank chairman Sanjiv Misra, asking the board to reconsider its decision to give another extension to Shikha Sharma as MD and CEO.

The bank has been in the news in recent times. Sharma and rival ICICI Bank's MD and CEO Chanda Kochhar were questioned by the Serious Fraud Investigations Office last month in relation to the alleged fraud at Punjab National Bank by billionaire jeweller Nirav Modi and Mehul Choksi, the promoter of Gitanjali Gems.

The SFIO had sought information on the accounts of Nirav Modi and Gitanjali group of companies. Axis Bank had said its exposure to these accounts was about Rs 200 crore.

Under Sharma, Axis Bank had kept the bad loans well under control, that was until RBI announced an asset quality review of banks in late 2015. The bank has seen a sharp rise in non-performing assets since. For the quarter-ended March 31, 2015, Axis Bank had reported gross NPAs of 1.34 per cent, while net NPAs had stood at 0.44 per cent. For the quarter-ended December 31, 2017, its gross NPAs had risen to 5.28 per cent, while net NPAs were at 2.56 per cent.

Divergence in reporting NPAs by the bank versus assessment made by RBI was said to be the key reason behind the sharp rise in its NPAs.

Last month, Axis Bank was also penalised by the central bank for non-compliance of income recognition and asset classification norms.

In December 2017, Securities and Exchange Board of India had asked Axis Bank to conduct an internal inquiry into the suspected leaks of its financial earnings for the June quarter.