Beirut in the writer's imagination

UNESCO designated Beirut as its Creative City for Literature in 2019 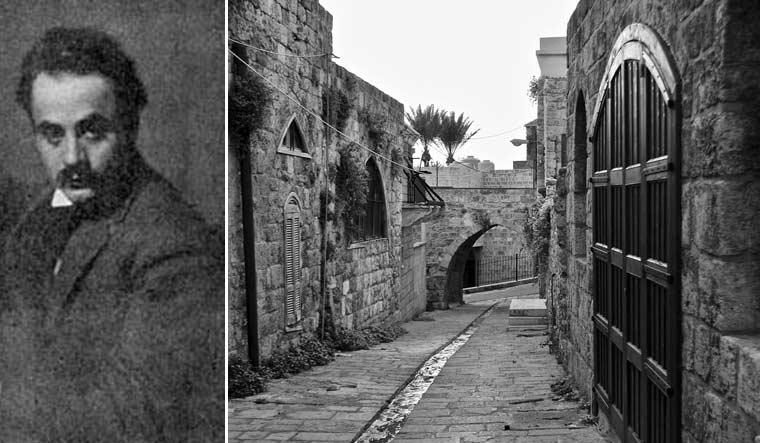 Kahlil Gibran (L), who studied in Beirut, called the city “a bride in the spring,” and “a mermaid sitting by the brook drying her smooth skin in the rays of the sun” | Pixabay

To understand the scale of damage Lebanon suffered during its long civil war, from 1975 to 1990,  Jean Said Makdisi's 1990 memoir "Beirut Fragments" is often cited as a useful guide.

The Palestinian writer and scholar Makdisi, younger sister to culture critic Edward Said, chose to stay when thousands left to escape the everyday breakdown of a city under siege. She documented first-hand the disarrayed lives of ordinary Beirutis in a war-torn city.

It is in a 1991 book review of Makdisi's war memoir that the real essence of Beirut is revealed: "Beirut is a child. Beirut is a mother. Beirut is a whore. Beirut is the city that, perhaps more than any other 20th-century capital, can pride itself on having the most blood and most ink spilled over it. A modern-day Dracula, imbibing enormous quantities of blood, it is also a modern-day muse, inspiring authors of all stripes."

As the world witnessed those monstrous mushroom clouds of smoke from an earth-shattering explosion in downtown Beirut on Tuesday, with several dead and thousands wounded, it bears reminding how several writers have represented this fervid metropolis which UNESCO designated a Creative City for Literature in 2019. This cultural entrepôt has raised and accepted writers and poets from across the Arab world—some even consider it 'the unsung capital of Arabic Modernism—and its literary life is often reminisced and reevaluated as before and after the outbreak of civil war in 1975 which ushered in an endless cycle of car bombings, airstrikes and shelling.

Writer, poet and visual artist Kahlil Gibran is the most famous literary export from Lebanon. In Gibran's utopian vision, Beirut is a heavenly paradise of a great many delights. In his 1912 book, The Broken Wings, he calls the city “a bride in the spring,” and “a mermaid sitting by the brook drying her smooth skin in the rays of the sun.”

The West Beirut of the mid-1950s was a site of cultural efflorescence where literary exiles and émigrés thrived in an intellectual ferment. The neighbourhood of Hamra is compared to Greenwich Village in New York. "For a brief twenty-year period, until the outbreak of civil war in 1975, Hamra was a contact zone for artists and militants from the far Left to the far-Right, nationalists and internationalists, experimentalists and traditionalists. In this highly politicized bohème, journals of ideas flourished, and each coterie had its own café," writes Robyn Creswell in The Paris Review.

In the same article, Creswell talks about an influential quarterly poetry magazine Shiʿr (Poetry) which was founded in 1957. The international poetry journal had correspondents in Cairo, Baghdad, Berlin, Paris, London, and New York. Adonis, a Syrian Lebanese poet, called West Beirut “a laboratory of numerous and conflicting tendencies,” in the two decades before the war ended this unhindered intermingling of people and ideas.

While the paradoxes of war-torn Beirut is amply distilled in the fiction of Hanan al-Shaykhe and Elias Khoury, it is Lebanese-American writer and painter Rabih Alameddine who is the most contemporary chronicler of stories tracing their narrative arc in and out of Beirut. Currently based in the US and Beirut, Alameddine had left Lebanon at age 17 to study in England and his fiction beautifully captures the "dislocation" his characters feel at home and abroad in the aftermath of the war. In Koolaids, Alameddine switches between the AIDS epidemic in San Francisco and the Lebanese civil war in Beirut and how they affect a circle of friends and family “In America, I fit but I do not belong. In Lebanon, I belong but I do not fit,”  goes one well-quoted line in the book.

But perhaps the most famous lines on the city of Beirut comes from An Unnecessary Woman, where  Alameddine narrates the solitary life of Aaliya Saleh, a septuagenarian literary translator with tomes of unpublished manuscripts. While the book is all about bibliophilia in Beirut, it is really the Lebanese capital which is its beating heart as the narrator muses on life and literature under the shadow of the civil war and her own painful past. When a frustrated Aaliya wonders if she will ever find a fully functional traffic light in her lifetime and how the city belongs "to the young and their apathy", she eloquently describes the city she calls home. "Beirut is the Elizabeth Taylor of cities: insane, beautiful, tacky, falling apart, ageing, and forever drama-laden. She'll also marry an infatuated suitor who promises to make her life more comfortable, no matter how inappropriate he is."