'Kabir Singh' is a good movie, right? A guide for confused bros 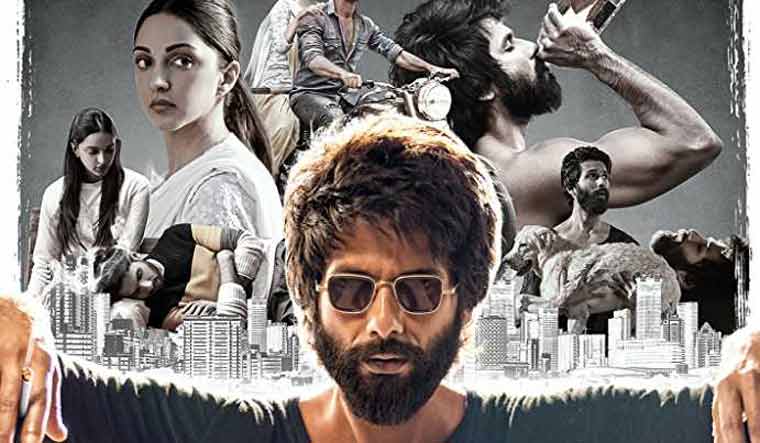 I know what is going through your heads. Trust me, I do. "Why are all the women on my Twitter timeline going berserk over a movie? It is just a movie. Right? Right?" If only I had a 'chip-implanted, GPS-enabled' 2,000 rupee note for every time I grimaced at a similar message in sausage fests masquerading as WhatsApp groups.

You like Kabir Singh. Why won't you? Haven't we seen him all our lives? You know, the guy who strolls in early morning into the men's hostel with his rumpled shirt skilfully unbuttoned, a strategic sliver of rubber poking out of his douchebag denims, and waits for just the right moment to say: "Listen, I had a long night. Couldn't sleep at all. Let me get some shut-eye." "Who is she?" you would ask, propelled by some strange compulsion. "Don't really know. But, hey, I will send you the footage later," he would answer, playfully waving his cell phone. And the camera would pan to wide-eyed, admiring gazes as the hero strolls off into the glorious sunset.

Isn't he the same "bro" who quotes Barney Stinson (How I Met Your Mother) from memory in real-life situations and preaches to a sheep-like congregation of faithfuls that women are "not to be trusted, not fraternised with"? The same dude who tries to hustle you a hand-printed "feminism is for gays and virgins" t-shirt? The same centre of attention in a dimly lit upscale club, regaling you with "witty repartees" on the behinds of women enjoying themselves on the dance floor—a nucleus of sorts for your gang of beta electrons, an atom which couldn't "covalent bond" with the opposite gender in a million and one years—while you laughed your loudest, hoping and praying it would be enough to grab the attention of one of the females on the dance floor. Anyone. The same instinct of genital inadequacy that drives a man to raucously honk and full-throttle a car the moment he got a whiff of an attractive woman on the side-walk.

For all you confused bros out there, here is a quick FAQ—some crowd-favourites that I hope will help me mansplain why so many people feel the way they feel about Kabir Singh:

Isn't Kabir Singh just a movie? Why do you have a problem with a character being shown with flaws and all. Aren't we the same people who celebrated Nabokov's Lolita?

Right off the bat with Lolita, eh? The moment you say this, it is pretty clear you have not read the book. You would be making this false equivalence otherwise. Let us, for the sake of argument, say you have watched the movie. If you came away feeling a fraction of empathy for Humbert, I am willing wager my entire trust fund that you have some nasty mental hang-up. People disagree with the film exactly because it conjures up a sense of sympathy around a petulant, misogynistic man-child who thinks the whole universe revolves between his navel and his hips. People take offence because of the way the film treats its female characters, who are all, without exception, submissive and subservient, unwilling to open their mouths against a sociopath who gaslights the same women into believing it is their fault he is the way he is.

No one is arguing Kabir Singh is the first of its genre—not by a long shot. We already have a glut of tall, dark and handsome male protagonists channelling their self-destructive tendencies on to hapless females who are portrayed as "seductresses and manipulators". A musician drinks, overdoses on drugs and becomes desi Kurt Cobain because a woman left him for another man. Or if his spouse becomes more popular than he is. The glorification should stop.

But, Kabir Singh is such a well-shot, brilliantly acted film. Can't we enjoy it for what it is and ignore all that misogyny and stuff you keep talking about?

You mean like passing off the Islamic State's videos as some 'damn fine video documentaries' where you just need to tune out all the beheadings and enslavement going on in the background? You know, that minor stuff?

Why was there no such outrage when Arjun Reddy was released in Telugu years back? I smell politics behind this.

Can you speak Telugu? Can you read Telugu? How did you reach the conclusion that there was no outrage post the release of Arjun Reddy? I have one word for you: Google.

I honestly think the reaction is a little too much. It is not like he [the protagonist] raped or molested anyone.

It is telling how your mind went straight to rape when it came to a "disobedient woman". That disturbing free association aside, ask your female friend (if anyone from the opposite gender lets you 10 feet near them) if rape is the only form of violation that they feel.

So, you are saying Kabir Singh is the biggest issue facing women in India. If this movie is retracted, it will solve all the problems faced by women in India won't it?

Strawman fallacy. Look it up. Next.

There are many who are taking an issue with how a fat woman was portrayed in the film. Why do they not open their mouths every time a man is made the butt of jokes in a similar manner in movies?

I agree with you there. Fat shaming is largely a gender neutral endeavour in Bollywood. And it is wrong to do so, be it against men or women.

When will you stop being such a cuck? Don't you know feminists will hate you anyway because they hate every man alive?

For the first part of your question, not in the foreseeable future, no. To your second part, I will apologise to you personally if and when women start forming death panels to annihilate the opposite gender. Or, when my female superior cups my behind and asks me to join her for a personal chat in a secluded hotel room.