These homes are helping women with mental illness merge into society 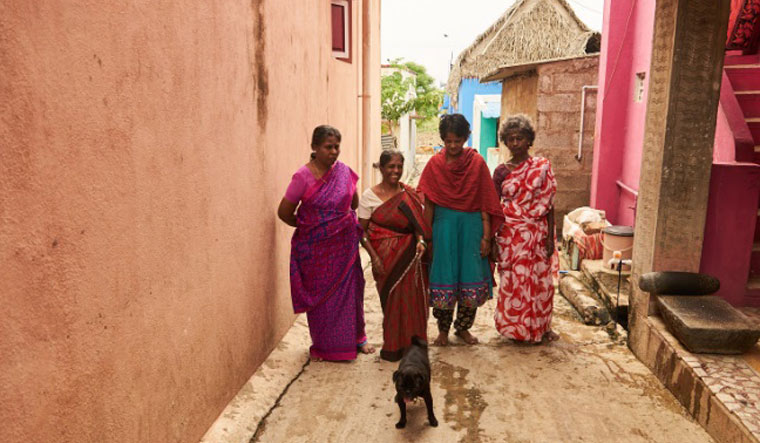 Women at a 'Home Again' facility | via thebanyan.org

Twenty five years after it began, The Banyan, a Chennai-based mental healthcare NGO, realised that it was home to a group of mentally ill women, doomed to long-term care and incarceration in an institution. Their families were not traceable, or if traced, did not want them.

In a bold move, young entrepreneurs from the Banyan Academy for Leadership in Mental Health (BALM), led by Dr Vandana Gopikumar asked these women what they preferred—did they prefer to stay in The Banyan’s long stay facility or would they like to try moving back into society with help from the orgnaisation? Many opted for getting back into society. Thus began ‘Home Again!’, an experiment funded by Grand Challenges of Canada.

On a trial basis, these women, irrespective of whether they were ‘psychiatrically fit’ to live independently or not, were encouraged to form affinity groups. Typically five or six women formed the new ‘family’ and began life anew in houses rented out for them by The Banyan. To care for 60 women spread over a 10km radius, just three trained mental health professionals were needed—a programme manager, a case manager and a nurse. Fifteen ‘personal assistants’—women volunteers drawn from the community, with no special qualifications, except the zest to serve and a ready smile, completed the team.

The ‘Personal Assistants’ stayed with them as needed. Doubling as social and health coach, these women volunteers, working seamlessly in shifts, ensured that medication was continued, kept follow-up appointments with Banyan psychiatrists, ensured that provisions, cooking gas, water, electricity etc were available, and were the contact point for the team. Due to sheer curiosity perhaps, but gradually the neighbourhood women came by too, and made friends with the new comers.

‘Home Again!’ worked like magic. Communities which had shunned these mentally ill women now not only welcomed them but helped them integrate into society. The case of Jaqueline and Amali, two sisters from Trichy, afflicted with mental illness is a case in point. Contrary to the treatment meted out to them by their fellow villagers earlier, Jaqueline, a trained nurse, is now a go-to figure in the village; while Amali who is single-handedly raising her daughter after losing her husband is looked upon as a role model of strength by other women. Overall, at ‘Home Again’, the women blossomed; they loved the freedom to do what they wanted when they wanted. Some cooked and cleaned, some raised goats and hens, some did baby sitting (and were much in demand in the village), some drew kolam and made flower garlands, some found work in nearby homes or in the shops, some did gardening, some just relaxed and watched TV. Other women in the neighbourhood dropped by, and even shared recipes. Sometimes they shopped together or went together to movies or the temple, or just shared a cuppa over some nice gossip. The BALM researchers found that social inclusion visibly increased and disability levels in the women, significantly decreased.

The key to the change seemed to be the fact that the women now had a house to call their own ( even if rented) and people who respected and cared for them in the form of the Programme Team. While the results of the ‘Home Again!’ project exhilarated Vandana and The Banyan team, the cost of Rs 10,000 a month per client was a damper; where was one to find the money! The Hans Foundation, set up by Swetha Rawat and millionaire Manoj Bhargava who has earmarked 90 per cent of his wealth for charity, stepped in to save the day. The generous endowment fund from Hans has helped set up a Centre for Mental Health and Inclusive Development.

The Banyan is scaling up ‘Home Again!’ in Tamil Nadu. Keeping with the Supreme Court mandate on de-institutionalisation of persons with long-term needs from mental hospitals to community-based care options, the Kerala government has tied up with The Banyan and Hans Foundation to help groups of homeless mentally ill in Malappuram and Thrissur districts.