Barbie has entered her 60th year, and in style! 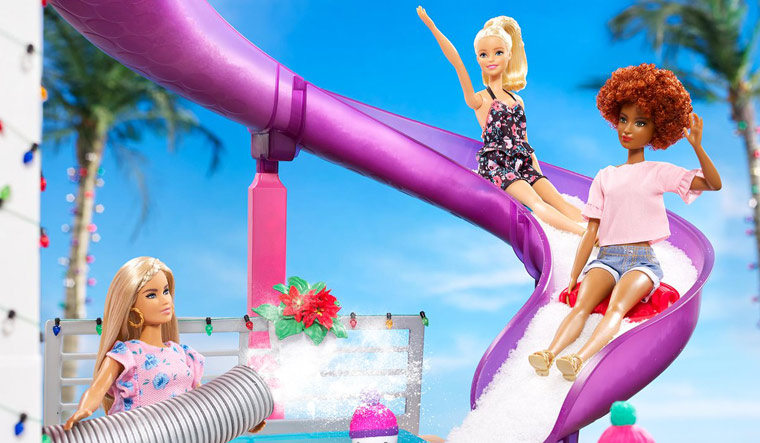 With a Twitter handle, Instagram account and over a million followers, Barbie has never ceased to be a sensation even in the era of social media. Barbie has entered her 60th year in style, without any wrinkles or grey hairs, and is all set to “be anything”. Black or white, tall or short, slender or curvy, she is ready to excel in every field there is, from president to electrician to princess. Despite bearing the brunt of numerous controversies and fierce competition in the toy industry, close to 58 million Barbie dolls are sold each year in over 150 countries.

Barbie, who has an actual identity—Barbie Millicent Roberts, hailing from the fictional town of Willows in the Midwest, was invented by the co-founder of Mattel, Ruth Handler, who was inspired by her own children to create the doll. While her son had an array of imaginative options like astronaut, surgeon and cowboy, her daughter had dolls which could merely play the roles of either nanny or an infant. Thus, Barbie came into being, which is the short for Barbara (Ruth’s daughter’s name).

Making her debut at the American Toy Fair in NYC on March 9, 1959, the doll was created with the intention to convey the idea that girls had choices, too, and that they could be anything they want! A radical idea in 1959, Barbie was an instant success. In congruence with this, Barbie launched a campaign last year for young girls to close the so-called ‘Dream Gap’ and to encourage them to believe in themselves and not give in to stereotypes.

Since then, Barbie has tried nearly 200 careers, even going as far to take up the role of a presidential candidate (1992). She also has a diverse group of companions, from celebrities, boyfriend Ken and Ella—her bald friend suffering from cancer. Barbie made it to the front page of the Times magazine in 2016 where she was introduced in several new looks—tall and curvy.