Interview with Aarefa Johari of Sahiyo, that fights against female circumcision 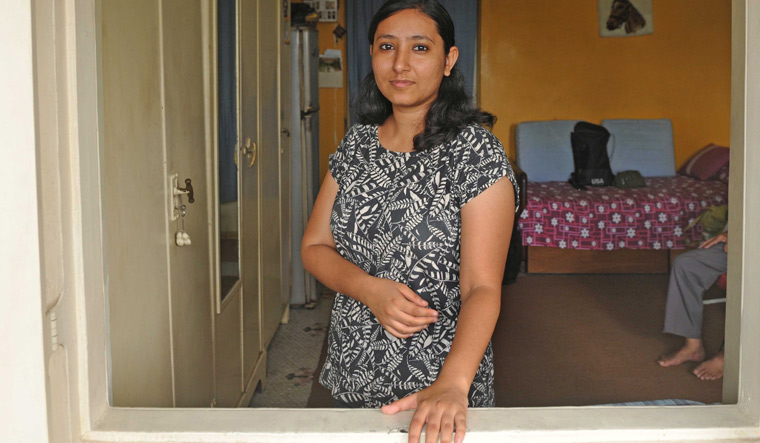 Aarefa Johari was circumcised when she was seven. “My mother ensured that only a bit on the tip of my clitoris was cut. Still it was painful,” said the 32-year-old when I met her in 2014.

One of the co-founders of Sahiyo, a collective that fights against female circumcision, Johari now has reasons to rejoice. “I am definitely hopeful after the Supreme Court's observation during the recent hearing, about preserving the bodily integrity of a woman,” said Johari, who works with a news portal in Mumbai.

Female Genital Mutilation is more prevalent in India than one would imagine. A sting operation carried out by THE WEEK in 2014 revealed that khatna [as Bohra Muslims refer to FGM] is performed even in the heart of Mumbai.

The Centre is mulling a ban on the horrendous practice, still prevalent among Dawoodi Bohra Muslims and the Supreme Court favours it. A bench headed by Chief Justice Dipak Misra was told by Attorney General K.K. Venugopal, representing the Centre, that the practice causes irreparable harm to girl children and needed to be banned.

As the matter is set to be taken up by the Supreme Court for hearing on July 16, Johari speaks to THE WEEK about why she demands a ban on female circumcision, how prevalent the practice is in India and why it should be subjected to judicial scrutiny.

Why do you demand a ban on female circumcision?

Female circumcision is essentially an unnecessary, non-medical and potentially harmful social norm that is rooted in patriarchy, and has already had negative health consequences for many women. This is why it is time we collectively decide to end it, for the well-being of our girls.

Have you noticed any changes in the way khatna is done in the last five years?

The practice has been getting increasingly medicalised, which means that more people are choosing to get their daughters cut by some sort of medical professional in a medical setting like a clinic or hospital. But this does not make the practice legitimate; it only promotes the false idea that this practice is medically sanctioned, when in reality, it is not.

Another thing that has changed in the past few years is that this issue has become a part of mainstream discussion within the media and the community. A lot more women are now coming forward and sharing their experiences and views about khatna, and this has pushed members of the community to step forward and have debates and dialogues about this topic which was taboo for so many years.

What is the prevalence of female circumcision in India? Is it still prevalent in cities like Mumbai?

Female circumcision is still very much prevalent in the Bohra community all over India, and in some parts of Kerala, although thanks to our movement, more and more parents are now approaching us and telling us that they do not plan to continue this practice on their daughters. In terms of prevalence rates, there are two studies that provide some indication. Sahiyo's online survey of 385 Bohra women in 2017 found that 80 per cent had been cut. According to a field survey conducted by WeSpeakOut recently, 75 per cent of the daughters of all respondents had been cut.


Why are Bohra girls forced to undergo circumcision?

I think there is plenty of information available in the research study reports of the Sahiyo and WeSpeakOut surveys about the reasons that Bohras give for performing female circumcision. The reports also have information of the impact of this type of circumcision (Type 1) on Bohra women who have been cut. The reports are available on sahiyo.com and wespeakout.org.

Senior counsel Abhishek Manu Singhvi, who appeared for Dawoodi Bohra community, said khatna is an essential part of Islam and that it shouldn't be subjected to judicial scrutiny. He also mentioned that circumcision is practiced among men too. How do you respond to it?

Singhvi is basically reflecting the arguments of his clients, the Dawoodi Bohra Women for Religious Freedom (DBWRF), who have been making these statements for a long time. I understand that there are community members who believe that khatna is an essential part of Islam, but it is not mentioned in the Quran and as far as the Bohras are concerned, it is mentioned mainly in the Daim-al-Islam, a 10th century book of jurisprudence followed by many Shias. That book claims that khatna for boys and girls is done for taharat, which means hygiene or cleanliness or, as many Bohras claim, religious purity.

But one cannot help question, why should "religious purity" involve cutting of that particular part of the body? And why should we not rethink these age-old practices that have been considered "essential" for so many years, now that we know it has harmed so many women? And all practices that are harmful or can be harmful to an individual's body and integrity, should be subject to judicial scrutiny.