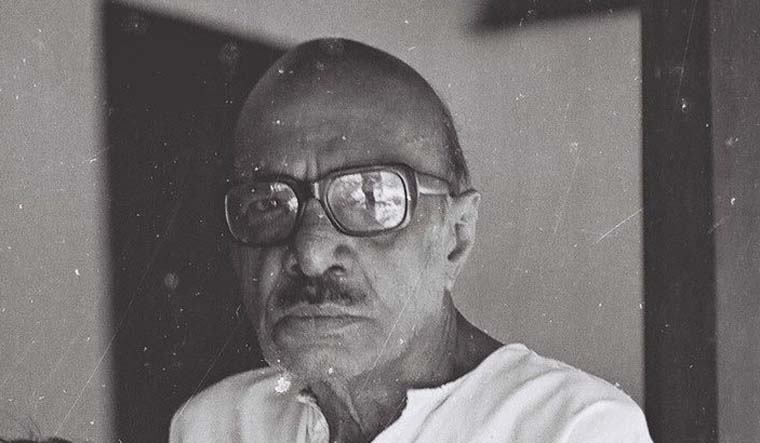 What is 1+1? Simple logic dictates the answer is 2. But, there was once a man who, in one of his stories, gave a different answer—immini balyoronnu (a big 1). It was this homespun wisdom that set Vaikom Muhammad Basheer, the 'Bepur Sultan', apart from his contemporaries, remaining a literary giant even 24 years after his death. He is a rarity—a writer known as the son of two lands (Bepur and Vaikom). His world renowned stories were translated to more than 18 languages.

He wrote about people, and he wrote about nature. The universal appeal of his stories could be greatly attributed to his life experiences during a nine-year-long exile, avoiding arrest for his activities during the nationalist movement. Inspired by Bhagat Singh, he started publishing a weekly Ujjeevanam, advocating revolutionary ideals.

His journey took him to different parts of India, as well as Arabia and Africa. Magician, palm reader, store keeper, salesman, paperboy, hotel waiter, tuition master, monk—the list of professions and roles is unending. The pain and struggle of those days came out through his stories, a package of simple language and natural, ingrained humour. One could see his humane nature in his writings. In one of his short stories, Oru Manushyante Kadha (story of a human being), Basheer talks about his experiences in a Pathan village. He realises he was pickpocketed after having food from a dhaba. The angry cashier strips him, but then, from nowhere, a stranger pays his bill. The man then takes him to a corner, shows him a set of wallets and directs him to take his own. He gets back his wallet. Basheer asks him his name, but the guy does not respond. “It must be mercy,” the writer says in his mind.

It was during those days of exile that he started writing his novel Balyakaalasakhi (the childhood companion), which became one of the most popular novels in Malayalam. But, Basheer first started writing it in English. He could not complete it then. Later, after the exile was over, he wrote the same in Malayalam, and the rest is history. Once he came back to Kerala, he wrote articles criticising C.P. Ramaswamy Iyer, dewan of the Travancore princely state. A two year jail term and Rs 1,000 fine was the punishment he received. His jail term, from 1942 to 1944, inspired him to write Mathilukal (The Walls) later. The literary work was later made into a feature film by renowned filmmaker Adoor Gopalakrishnan. In 1972, he was recognised for his contributions to freedom struggle.

Balyakaalasakhi, published in 1944, catapulted him to instant fame. In 1945, Kadhabheejam (seed of a story), a drama, and janmadinam (birthday), a short story, were published. In 1951, his short novel Entuppuppakkoraanendaarnnu (my grandfather had an elephant), a rib-tickling indiction of those who boasted of their glorious past, was published. Through his protagonist Kunjupatthumma, Basheer advocated female education and satirised orthodoxy. Even when dealing with such a serious subject, entuppuppakkoraanendaarnnu is filled with pleasant humour and a ton of anecdotes from Muslim lore of Kerala. A number of other works, most of them with quirky titles, followed; he took ordinary lives as subjects, and moulded them into extraordinary stories. In 1970, he received the fellowship of Sahitya Akademi. In 1982, he received the Padma Shri. But, his contemporaries testify that he never chased any recognition.

After 1954, there was short period when he faced a mental breakdown and a break in literary life. But, by 1958, he recovered. In 1962, he moved from Vaikom, in Kottayam, to his house Vylal in Bepur, Kozhikode, where he lived out the rest of his life. He was accorded the sobriquet Bepur Sultan after he himself wrote about him that he is living like a Sultan in Bepur. There is a story that once a Pakistani newspaper mistook and actually mentioned him as the king of princely state of Bepur. No doubt, he was indeed one. And, his throne was his armchair under the mangosteen tree, which was as famous as the writer himself.