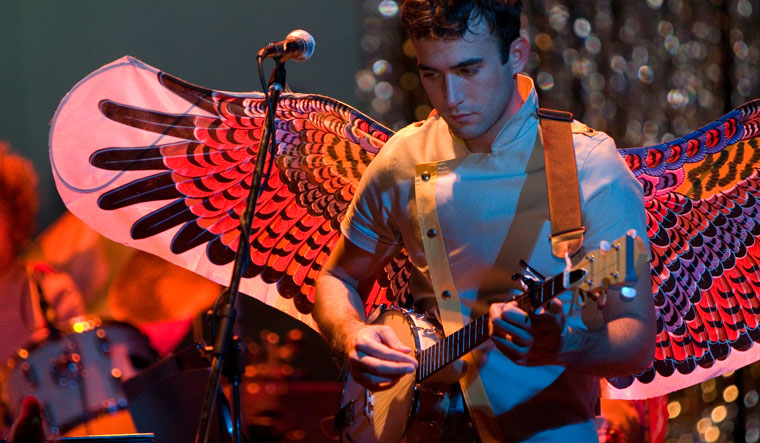 At the funeral pyre of the Roman general Hephaestion, Emperor Alexander wept. According to Greek historian Arrian, the death of his closest deputy had such an effect that the great emperor neither tasted food nor paid any attention to his personal appearance for three days. Going by the writings of biographer Plutarch, Alexander was intimately close to the soldier, and the latter had access to even the letters the emperor received. The exact nature of their relationship remains unclear; while many have argued that it may have extended to the romantic and the sexual, available historical records cannot confirm the hypothesis. Their love remains forever an enigma.

Now my riverbed has dried,

Shall I find no other?

At the Oscar Award Ceremony, Sufjan Stevens broke out a piercing rendition of Mystery of Love, the soundtrack from Luca Guadagnino’s Call Me By Your Name--a tender, emotionally overwhelming movie on homosexual love—flanked by an enviable ensemble of St Vincent, Chris Thile, Moses Sumney and James McAlister. The live performance closely shadowed the original stripped down studio recording—fingerpicked banjos tinkling over Stevens’ ghostly whisper. In his voice there is wonderment, a dissonant brushstroke in a canvas of love, anguish and loss.

Who is Stevens? The 42-year-old indie-folk sensation, a multi-instrumentalist and one of the finest songwriters of his generation, cannot be pigeonholed. His maiden solo album A Sun Came (2000) was ambitious in its scope, but marred by cacophony. With influences ranging from Middle Eastern to the Celtic and Indian, the songs ranged from the bewildering, nonsensical Satan’s Saxophone to (my personal favourite) Demetrius, where wooden flutes segue into a Middle Eastern outro punctuated by Arabic vocals.

Reach for the archer,

He chose an offer,

You are only a redeemer,

His next album Enjoy Your Rabbit (on Chinese zodiac years like tiger, monkey and rat) turned out heavy and electronic. Then came Seven Swans, a fare that was deeply rooted in traditional folk, Stevens’ own Christian faith (plethora of Bibilical references and questions of god) and a love for the epics that would remain a mainstay throughout his career. In his later album Illinois, a tribute to his home state, shaken faith is again a backdrop; Casimir Pulaski Day captures the sob of a man grappling with the death of a close one.

But it is in his latest album Carrie and Lowell (2015), the portrait of a man teetering on the brink of existential despair, that we find the real Stevens—the man and the artist. The album is a tribute to Carrie, his alcoholic, schizophrenic mother who succumbed to stomach cancer in 2012. The album was unflinchingly minimalist (down to strings and the occasional piano) and exceedingly dark, suicidal. The songs have an ethereal connect—an anchor that goes beyond the recurring single notes and instrumental drones. He reminisces in Should Have Known Better (When I was three, Three maybe four, She left us at that video store), struggles with his grief in Fourth of July (We are all gonna die), and attempts to reconcile his conflicting emotions in Death with Dignity (I forgive you mother, I can hear you, and I long to be near you). His latest Mystery of Love is in the same tradition, but within a different framework—fixated on mortality, Bacon-esque views on the inherent futility of life, and the many, many absurdities of love. According to historians, Alexander had embarked on a bloody military campaign to ease the pain of Hephaestion’s death.

There is even inter-album connecting tissue, as the bard narrates his tale informed by life experiences. In Should Have Known (Carrie and Lowell), he sings:

My brother had a daughter,

The beauty that she brings, illumination

In subsequent interviews, he has spoken about how much he adored his niece. In Mystery of Love, she again becomes a motif for the pain and fear of loss that is ingrained in love:

Cursed by the love that I received

From my brother’s daughter

Redemption, for Stevens, seems nowhere near.