Veganuary 2022: A look at the history of veganism in India 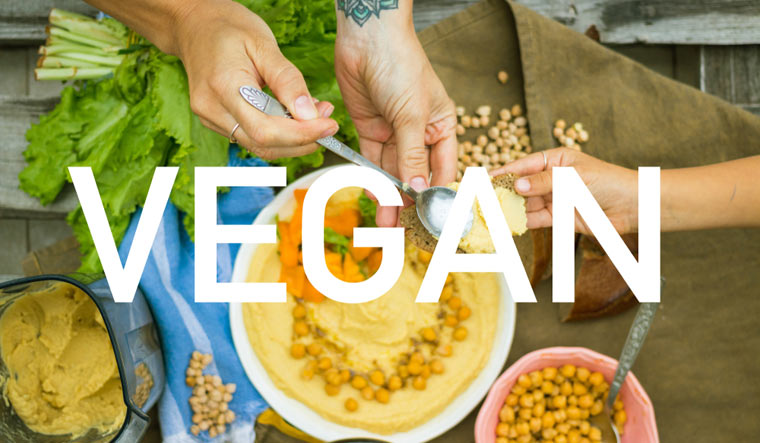 It was in 1944 that Donald Watson, an animal rights advocate, coined the word “vegan”. It is a common term these days, but have you heard of the Veganuary challenge?

'Veganuary' is a portmanteau of January and vegan, and is an annual vegan diet challenge by a UK non-profit organisation of the same name. Participants are encouraged to adopt a vegan lifestyle for the month of January. It was started in 2014 by British entrepreneur Matthew Glover and animal rights campaigner Jane Land.

The movement since its inception has spread rapidly, with people participating from over 209 countries in 2021.

What do vegans eat?

No, vegans don’t just live on green salads and homegrown fruits. It is true that the diet is largely based on veggies and fruits, but with the expanding vegan market, there are meat alternatives or 'meatless meats' and vegan substitutes for most food products.

Restaurants are including vegan food, too, like KFC’s “Finger-Lickin' Vegan” nuggets by collaborating with vegan meat producers like Beyond Meat, Quorn and Lightlife in the US, UK, Canada and Russia.

Veganism is not just about a vegan diet. Vegans avoid using animal-derived products or those that have been tested on animals. It includes avoiding products that have everything from animal leather, silk from the silkworm, sheep wool, marine products or animal-tested products like makeup, shampoo, paint and even floor polish.

It is not just the reason for animal cruelty that has led to the rise in adoption of vegan lifestyle by many, but also concerns regarding environmental impact, zoonotic diseases and health issues like diabetes and cardiovascular problems.

India encompasses 23 to 37 per cent of vegetarians according to government research. In reality, this number might be lower. Be it vegetarian or non-vegetarian, Indians’ love for dairy and dairy products is indisputable.

The origin of veganism in India can be traced to ancient times when philosophers like Mahavira and Acharya Kundakunda influenced the vegan practice in India.

Often the term “vegan” and “vegetarian” is used interchangeably in India. With the diverse cultural traditions, the philosophy of veganism is reinforced by the concept of ahimsa or non-violence.

The principles of Jainism in India, too, contributed to the vegan revolution. The Jain community is completely lacto-vegetarian and even avoids underground plants for the fear of injuring insects.

Veganism in India has surged as a consequence of globalisation and the increased use of social media. On Instagram, aesthetic pictures and arguments of ethical rationale are manifold.

In cities like Mumbai, Pune, Hyderabad, Bangalore and Goa, the number of fully vegan restaurants are rising. Labels like “vegan”, “veganisable”, “cruelty-free” are also on the rise. Online shopping sites with meat alternative products are also contributing to the hike.

In India, the market for vegan products is on the move with many startups focusing on introducing plant-based foods. There are numerous sustainable and vegan lifestyle brands, too.

Veganism in India is also accompanied by myths like nutrient deficiency, lack of diversity, and high cost. Nonetheless, it may not be long enough before veganism becomes a major aspect of Indian lifestyle.