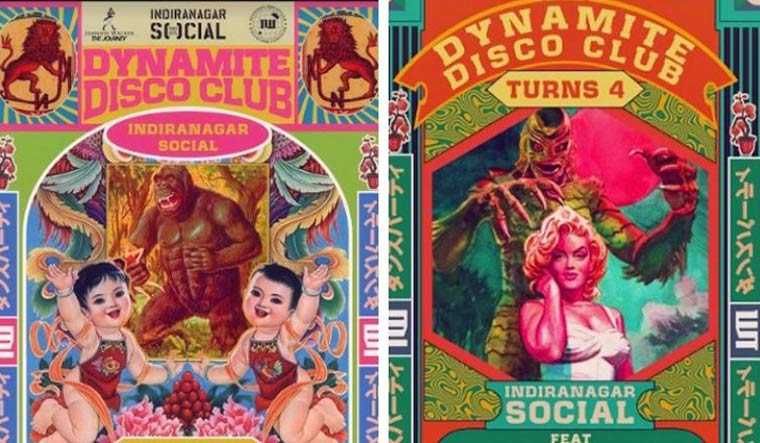 Back in the 1970s, disco music had become so popular that a DJ in Chicago blew up records of the same in a football stadium, backed by mad chanting of "disco sucks". The event in 1979 was also recorded in a book titled 'Disco Demolition: The Night Disco Died'. In the history of modern club music, this "death of disco" moment also heralded the birth of house, a groovier version built on electronica, drum machine and synths, a departure from plain live singing and dancing.

But Stalvart John knows that the two are always ribbing each other. The 31-year-old DJ and producer could not let go of the original dance music genre in a new collective he started in 2017 to get people to rediscover a time when 'Saturday Night Fever' was serious business. "Everything started from disco. I always loved dancing. From my college days in Cochin, clubbing was all about dancing. With Dynamite Disco Club, I want people to really let their hair down," says John who, with DDC, has started an event series on disco and house music, culminating in over 25 gatherings in quaint night dives across Bangalore, Mumbai, Delhi, Kolkata, Kochi, and Chennai, including five since January this year after lockdown-induced hiatus in 2020. DDC follows hot on the heels of similar concept dance party collectives like BLOT! and Wild City's 'Disco and Daiquiris' and 'Grime Riot Disco', both of which have folded, although the famed Mumbai-based Bhavishyavani Future Soundz collective which threw their first party in 1999, is still going strong.

"Dynamite Disco Club is a universe of disco and house music that takes a closer look at the roots of soul, funk, disco and house, while also touching the basics of Chicago house, Detroit funk and Philly soul scene. It wants to get into the A to Z of disco and house music culture like music, fashion, merchandising, events and media," says John who found his home in electronic music as a podcaster and online radio show host about a decade back in Cochin when he discovered artists like Fatboy Slim, Prodigy, and Robert Miles. But he moved out of his hometown in 2015. "No one would book me outside the state. There was no clubbing culture in Cochin. And Kerala had imposed a strict alcohol policy in 2014," says John who started a monthly radio show in 2017 at India’s first electronic music community radio boxout.fm called 'Dynamite Disco Club'. Soon he launched his own 'Dynamite Disco Club' nights which are held regularly in major Indian cities.

Taking inspiration from the bold, agitational design aesthetic of communist propaganda posters of yore alongside vintage Japanese matchbox labels, John likes to design his own party posters. "Disco and house is all about equality. It is about being young and free. It is about freedom. It is a happy-making music. My dance events are not the rave parties projected in movies and media," says John who has also taken to educating and mentoring musicians keen on soul, funk, disco and house. "Two students of mine performed at the just concluded Magnetic Fields Nomad in Ranthambore. With my teaching and events, I want to usher in a disco revolution again," says John.