Two years ago, a life-size sex doll from the US was set to be delivered to India. Costing Rs 12 lakh, the doll was imported at the request of a 'prominent politician', says Raj Armani, founder of IMbesharam, a leading online sex toy dealer in the country. Enclosed in a box, the doll, weighing 50kg, faced customs pre-clearance issues. Armani and his team had to import it again in parts and piece it together in India. The entire process cost them an additional Rs 3 lakh, which the politician 'happily reimbursed', recalls Armani. He, however, refuses to divulge further information, respecting his customer’s privacy—a factor that is the backbone of the thriving sexual wellness e-commerce market in the country now.

With a handful of these films, sexuality and pleasure pushed its way into mainstream conversation last year, shattering quite a few taboos. “What has been a major market shift last year is the presence of sex and sex products in A-list movies like Veerey Di Wedding, Lipstick Under my Burkha as well as the Netflix hit, Lust Stories. These stories made by the prominent filmmakers of the country, are enacted by social influencers,” he says. “This brought upon a certain wave of acceptance and clarity in the perception of adult toys nationwide.”

However, sex coach Pallavi Barnwal feels we have a long way to go. “It will take decades before we come to terms with accepting our sexual energy,” she says. “There is hardly any forum or space where sex is being talked about in terms of sensuality, refinement, sophistication, and in person,”she says. As a sex coach and counsellor, Pallavi vouches for the role sex toys play in improving not just one's relationship with self, but with partners, too.

Rahber Nazir of sexual wellness brand Kaamastra believes there is room for optimism. “There is a better understanding of products now, both among men and women. They are getting to know the products more; so their requests are becoming more detailed.” From lingerie to enhancement products and couple board games, Kaamastra sources its products from within India and abroad. In July 2018, Kaamastra also became the first sexual wellness store in the country to acquire another adult online store, ItsPleaZure.

The year 2018 saw yet another milestone—in a historic verdict, the Supreme Court decriminalised Section 377, defending the LGBTQ community's right to equality and dignity. With the decriminalisation of homosexuality, sexual wellness brands are looking at the immense possibilities of the market. That's Personal founder Samir Saraiya says: “We are amazed at the size of the global LGBTQ industry.” 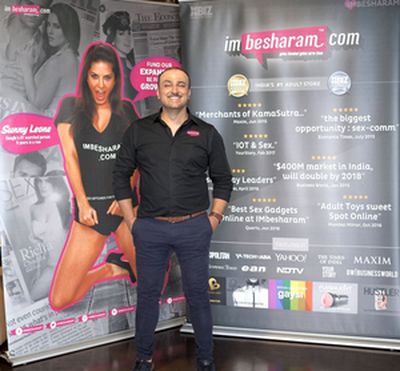 “It is not niche any more; it is completely mainstream,” Samir says.

Be it massagers, lingerie or the more adventurous kinky and BDSM products, Indians are experimenting with sex not just in metros but in tier-2 and 3 cities too. As Vineshkumar puts it: "Desire is common, whether in tier 2 cities or metros." According to a 2017 edition of 'India Uncovered', That's Personal's report based on sex toy usage patterns, sales in tier-2 cities have gone up 25 per cent with Noida, Lucknow and Jaipur leading the pack. The major share of online customers fall in the age group of 25-34 years. Sales, interestingly, increase during festive season. For instance, sales in Gujarat shoot up during the Navratri season, according to trend reports. 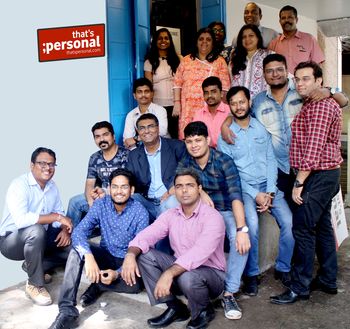 The obscenity clause is extremely vague, considering the law in itself is archaic, says Lekhesh. Obscenity is very subjective, he adds, and there is clarity on what counts for 'obscene'. Customs officials look at the products from the perspective of this clause. “We also need to ensure that what gets advertised on the website also doesn’t violate this,” he adds.

Armani calls the scenario a 'double-edged sword'. “The foremost challenge we face is reaching out to the masses. We are built for 100 per cent privacy and guarantee this to our customers, and because our customers may not want others to know they shopped here, or what they bought, to avoid being judged, they don't talk or share about their experience with us. So, we have to invest in marketing costs twice to reach to same amount of people that otherwise a successful FMCG brand would take.”

A lack of clarity in the legal framework prevents the growth of a sector, one that could probably hold the most potential amongst all categories for e-commerce in India. “Because the laws aren't clear, we are having a hard time finding investors to scale up our business model in India,” says Armani.