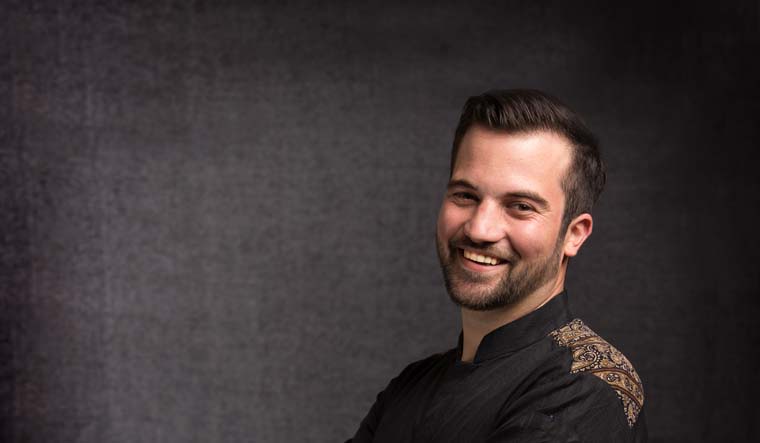 Amiel Guerin travelled across India for six months before getting into the culinary industry. The 28-year-old from France would hang around kitchens in restaurants and friends' places to get a hang of the Indian cuisine. ''India is a chef's heaven. I love the Indian spices and herbs,'' says Guerin. He says the country, often equated to a continent, often surprises him with its sheer variety. ''There is a wide variety of flavours and produce to choose from, many of which I have never worked with before. And everything changes from state to state. The cuisines are completely different from south to north and from east to west.''

Guerin started his culinary journey at the age of 12. He worked in a restaurant in his village and loved the experience. At 14, he joined a catering school. The stint with Café Noir in Bengaluru as head chef became a turning point in his career.

Now, he has started his own catering company in Bengaluru, specialising in European cuisines.

Guerin loves to experiment with cuisines; he is also a great fan of rice and sambar. In an exclusive interview with THE WEEK, he talks about what he likes and dislikes about Indian cuisine, his favourite dishes and why chefs would make bad husbands.

I love seafood. As a child, I used to collect clams lying on the sand with my grandpa, who seemed to have a GPS for locating clam! Then we would go back home and my grandma will cook them in "cassolette" with a light basil cream. That was simply delicious! I love the simple apple pie too. You can make it at home—Just a thin puff dough, topped with apple compote and covered with sliced apple, little bit of sugar and cinnamon. I can never say no to it.

What do you eat at home?

Luckily, I'm not often at home. I mostly eat in my kitchen—rice and sambar for lunch! Breakfast is a simple and hassle-free affair—I just have some curd with cereal and fresh fruits, especially right now during the mango season. I don't plan my dinner in advance. I get back home very late and eat whatever left over in the fridge.

What do you think of Indian food?

Indian cuisine is still inherently traditional. The recipes have been passed down through generations. I love the legendary Lucknow mutton biriyani and Kerala fish curry with coconut milk, which is out of this world. The masala dosa is delicious. So is the Goan grilled fish. I have been on a food trail across northeast. The thupka, steamed dimsum and smoked pork, left me bowled over. One thing I find a bit concerning about Indian cuisine is that there is a lot of overcooking, pressurising, mashing, pasting and boiling. Some of these may be good for reducing the risk of contamination, but when you do these the produce loses a lot of its nutients like vitamins and minerals.

How do the French manage to stay slim? What do they eat?

A typical French breakfast consists of toasted bread, butter, jam, croissant coffee and juice. At noon, people are usually at work so lunch would be mainly quick bytes like a sandwich or a salad, or a readymade main course that you can warm in the microwave. For dinner, we usually have three course meals, most of the time with a starter, which can be a salad or a tart or some cold cuts. The main course would be composed of a grilled or seared protein with vegetables, quite often potato, or a bake like a gratin or lasagna. The dessert can be a simple fruit, or curd, or more rarely a cake or ice cream. Between main and dessert there would be the cheese as well. Bread has been one of the staples of our diet.

You seem to have a huge fan following in the city, most of whom are women. Why do women love chefs?

Do they? (Laughs). You should ask my fiancee! I don't know, maybe because they love food as much. They might love us less when they figure we are never home. By the way, I'm marrying an Indian woman by the end of the year, so that settles it!