How global warming is affecting the flora and fauna 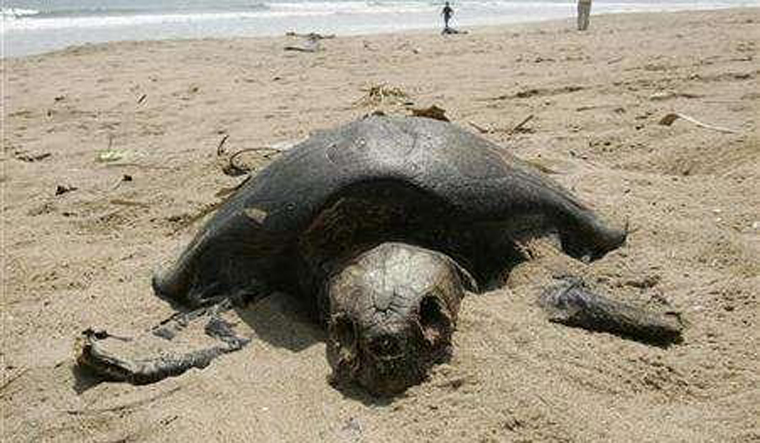 A walk along the country roads in my hometown in Kerala always leaves me with a deep sense of angst.

The plants I grew up with are fast disappearing. There are fewer bees than there were a few years ago. The big roses my mom would wear in her bushy hair while running to work seem to be vanishing too.

The impact of global warming on flora and fauna is quite visible. Olive Ridley Turtles, the smallest of all sea turtles, have been hit hard by soaring temperatures.

For the Olive Ridley Turtle, the pivotal temperature is around 29 degrees. ''We have data for more than 5 years now and the average temperature experienced by the eggs is way above the pivotal temperature, often hovering around 33 degrees. This results in only female turtles being born,'' says V. Arun, who works as a coordinator in The Students Sea Turtle Conservation Network, which is based in Chennai.

Unlike human beings, the sex of a turtle hatchling is determined by the incubation temperature and not by chromosomes. The feminisation of sea turtles could even affect the future survival of sea turtles, warns Arun.

''What we have noticed is that the sands are always very hot. Due to climate change and global warming, the sand temperature has increased drastically,'' says Shravan Krishnan, an animal rights activist based in Chennai, who has been working with sea turtles for the last 13 years. Rising temperatures can even pose a threat to the life of sea turtles. ''It could kill the hatchling. If it's too hot, you won't even have a single hatchling coming out of the nest,'' says Krishnan.

SSTCN has been waging a war against climate change for the last 30 years. The volunteers collect eggs from 13km of the coastal stretch in Chennai and safely incubate them in hatcheries set up on the beach sand, protected by bamboo fences.

Krishnan who works with snakes and birds too says that they have also been badly affected by soaring temperatures. ''The breeding and migratory patterns of birds get disrupted by climate changes,'' says Krishnan as he nurses an injured bird.