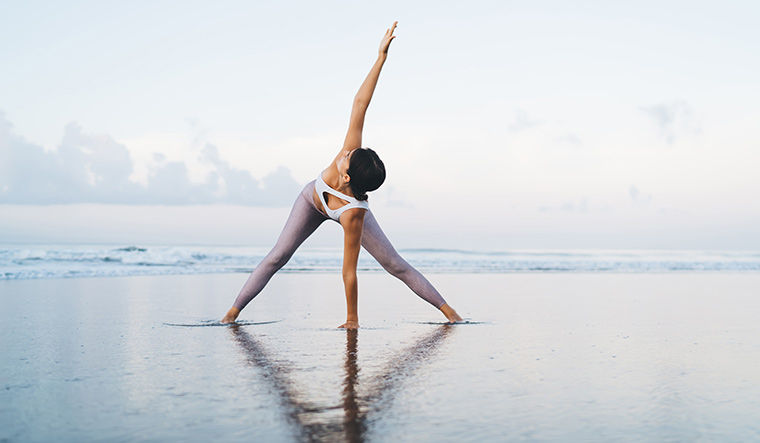 TWO new studies explain the health benefits of mind-body practices such as yoga and meditation.

According to the first study published in the Journal of Integrative and Complementary Medicine, mind-body practices can help people with type 2 diabetes reduce their blood sugar. Researchers analysed data from 28 randomised controlled trials from around the world in which people with type 2 diabetes engaged in mind-body practices including meditation, qigong, yoga and mindfulness-based stress reduction, in addition to taking medication and compared them with people who only took medications.

All mind-body practices significantly reduced blood sugar levels. Yoga provided the greatest benefit–about 1 per cent reduction in HbA1c over the past three months. This was similar to the benefits of metformin, the most prescribed diabetes drug, which reduces HbA1c by 1.1 per cent on average.

A second study published in JAMA Neurology suggests that meditation may help older adults preserve their cognitive skills and protect them from memory problems like Alzheimer’s disease. In the study, 137 French men and women, over 65, were assigned to one of three groups: two-hour weekly sessions of meditation or English classes (non-native language training) or a control group, for 18 months. The meditation and English classes group also practised at home for at least 20 minutes a day.

Meditation helped boost “attention, emotion regulation, socio-emotional and self-knowledge capacities,” all of which can decline with age and lead to dementia. 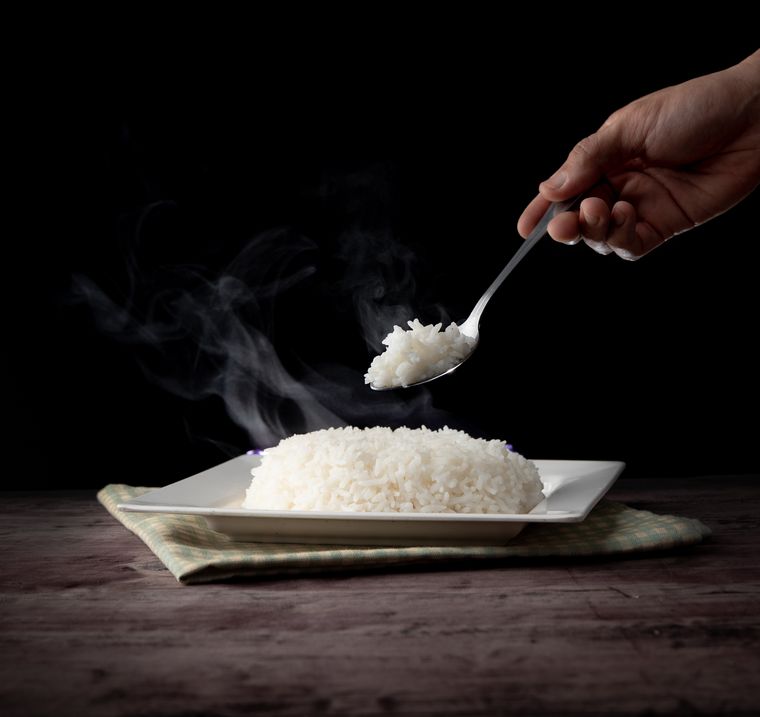 EATING white rice daily can be as unhealthy as consuming a lot of “unhealthy sugars and oils,” finds an Iranian study presented at the American College of Cardiology Middle East 2022. High intake of refined grains can increase the risk of developing premature coronary artery disease (PCAD). It refers to plaque buildup in the arteries at a younger age, which can lead to heart attacks.

While whole grains such as brown rice contain the entire grain, refined grains are milled into flour or meal, and they lose important nutrients in the process. To analyse the relationship between different types of grain intake and PCAD, researchers used data from 1,369 patients with obstruction of at least 75 per cent in a single coronary artery or at least 50 per cent in the left main coronary artery and a control group of 1,168 patients with normal coronary arteries.

Women in the study were aged 70 years and younger and men 60 years and younger. A higher intake of refined grains was associated with an increased risk of PCAD, while whole grain consumption was inversely related to a reduced risk.

Night owls are more likely to develop type 2 diabetes and heart disease than people who go to bed and wake up early because their bodies have a reduced ability to burn fat for energy. 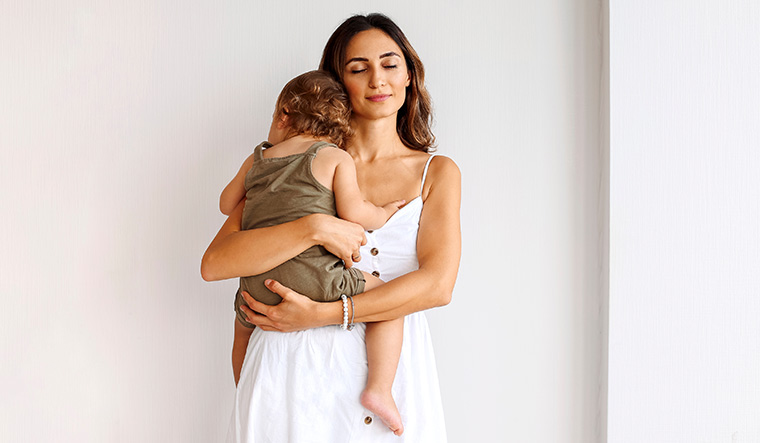 RESEARCHERS in Japan have figured out the best strategy to calm crying babies and put them to sleep.

According to a study published in the journal Current Biology, walking around for five minutes while carrying the infants and then sitting while holding them for another eight minutes before laying them down to sleep is the most effective method. The study included 21 babies, with an average age of three months, and their mothers.

Researchers tried four approaches to soothe a crying baby: being held by their walking mothers, held by their sitting mothers, lying in a still crib, or lying in a rocking cot. The crying infants calmed down and their heart rates slowed within 30 seconds when the mother walked around while carrying the baby. A similar calming effect happened when the infants were placed on a rocking cot, but not when the mother held the baby while sitting, or when the baby was placed in a still crib. This shows that just holding a baby might not be sufficient to soothe her.

All crying babies in the study stopped crying, and nearly half of them fell asleep when the mothers walked around for five minutes. But more than a third of the babies woke up within 20 seconds when their mothers put them to bed.

All babies produced physiological responses, including changes in heart rate that can wake them up when their bodies were detached from their mothers. But they were less likely to wake up if they were asleep for a longer period before being laid down.

BABIES born during Covid-19 lockdowns may have development delays, especially in social communication skills. During the lockdowns, babies hardly interacted with people outside their homes and “access to visual and facial cues for language development” was restricted by mask wearing.

For the study published in the Archives of Disease in Childhood, Irish researchers assessed ten development outcomes at 12 months for 309 babies born during the first three months of the pandemic and were part of the CORAL (Covid-19 Risks Across the Lifespan) study, and compared them with those of 1,629 infants born before the pandemic (BASELINE group).

As many as 25 per cent of the CORAL babies hadn’t met another child their own age by the time they reached 12 months. Fewer CORAL babies reached communication milestones such as, saying one definite and meaningful word, pointing at objects and waving bye-bye, during the first year of life.

But more CORAL infants were able to crawl than BASELINE babies which could be because they must have spent more time indoors and on the ground. “Lockdown measures may have impacted the scope of language heard and sight of unmasked faces speaking to them, while also curtailing opportunities to encounter new items of interest which might prompt pointing, and the frequency of social contacts to enable them to learn to wave,” the lead researcher said.

Researchers suggest that though communication skills may improve as social interactions increase, the children should be followed up to school age to ensure that the impact is not long lasting. 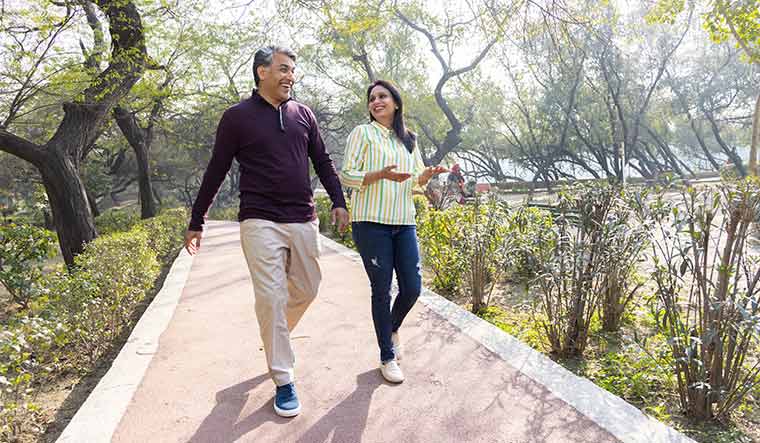 TAKING 10,000 steps a day can lower your risk of dementia, heart disease, cancer and premature death, according to two studies published in the journals JAMA Neurology and JAMA Internal Medicine.

The study included 78,500 healthy adults, 40 to 79 years old, who wore accelerometers that tracked their physical activity. For every 2,000 steps taken, up to about 10,000 steps per day, the risk of early death dropped by 8 per cent to 11 per cent. Similar benefits were seen for cardiovascular disease and cancer incidence.

The greatest benefit was seen with 9,800 steps which was linked to a 50 per cent reduced risk of dementia. But every step mattered. Those who logged 3,800 steps a day reduced their risk of dementia by 25 per cent.

Walking at a faster pace was associated with even greater benefits for all outcomes (dementia, heart disease, cancer and death) above and beyond the total number of daily steps.

Exercising regularly and sitting down less can reduce the risk of breast cancer.

Antidepressant use is safe during pregnancy 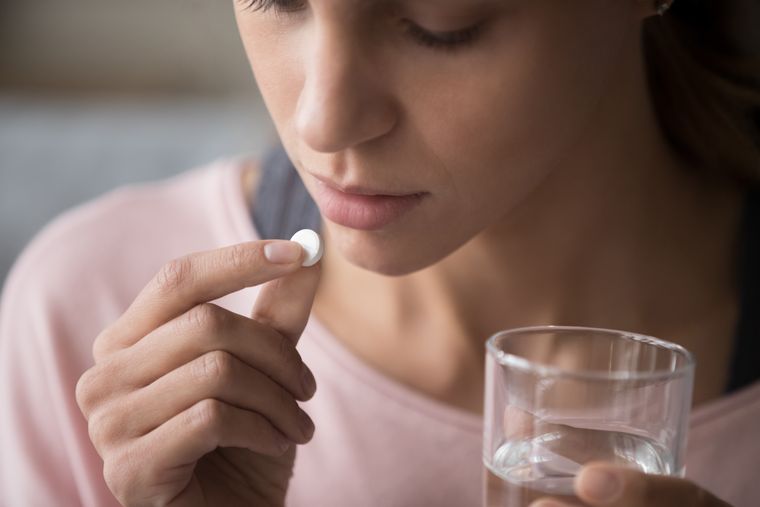 TAKING antidepressants during pregnancy does not increase the risk for neurodevelopment disorders such as autism and ADHD (attention-deficit hyperactivity disorder) in children, according to a study published in JAMA Internal Medicine.

Researchers analysed data from 1,45,702 women who took antidepressants during pregnancy and 30,32,745 women who did not take antidepressants. Their children were followed from birth up to the age of 14. While the first-glance results suggested an increased risk, there was no increased risk after accounting for potential variables. Antidepressant use during pregnancy was not associated with any neurodevelopment disorders, including autism spectrum disorder, ADHD, specific learning disorders, speech/language disorders, developmental coordination disorder, intellectual disability or behavioural disorders.

Your diet can contribute to menstrual pain 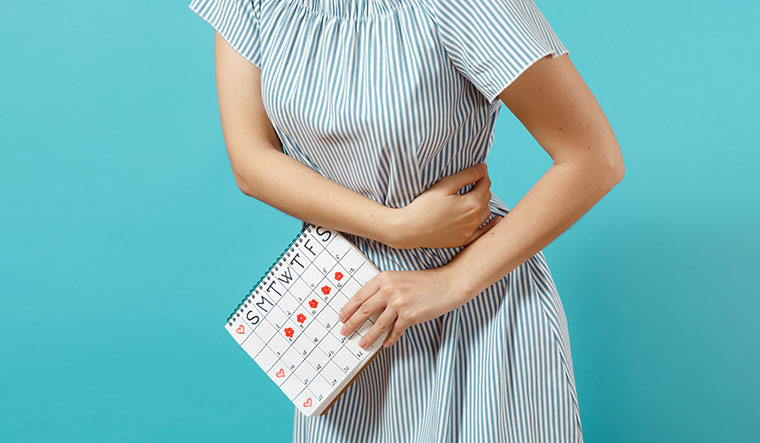 Food items that promote inflammation and contribute to an increased risk of dysmenorrhea include meat, processed food, coffee, and food high in sugar, salt and oil. Fruits and vegetables, fish, nuts, seeds and olive oil reduced inflammation. People who followed a vegan diet, which excluded animal fat, had the lowest rates of inflammation.

“It is advisable to adopt a diet that avoids inflammatory food to remedy dysmenorrhea,” the study concluded. 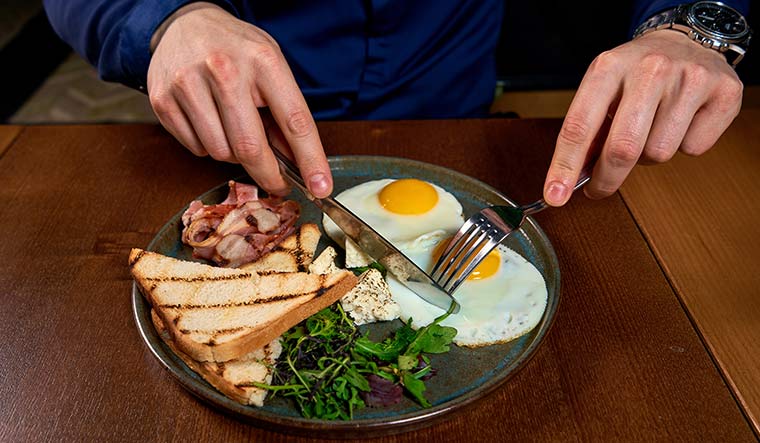 TWO new studies published in the journal Cell Metabolism suggest that there is an optimal time to eat. According to the first study, eating dinner late at night can increase hunger, decrease calories burned and cause changes to fat tissue, all of which can increase the risk of obesity. To find out if the time we eat matter when everything else is kept the same, researchers recruited 16 overweight people.

The participants ate the exact same meals on two different schedules: an early meal schedule, and the other about four hours later in the day. People reported being hungrier when they ate a late dinner and had cravings for energy dense food such as starchy and salty food, meat and dairy. Blood tests showed that late eating decreased levels of the hormone leptin, which helps people feel full, while levels of the hormone ghrelin, which increases appetite, rose. Late eaters also burnt calories at a slower rate. Eating late also altered fat tissue which could increase the chance of less fat breakdown and more fat storage.

The second study that included 137 firefighters suggests that eating meals within a 10-hour window has immense health benefits. The participants followed a Mediterranean diet for 12 weeks. Half of them ate during a 10-hour window, while the other half within a 14-hour window. The 10-hour eating window significantly decreased bad cholesterol, improved mental health and reduced alcohol intake by roughly three drinks per week. It also decreased blood pressure and blood sugar levels in participants who had high blood pressure and diabetes at the start of the study.