Mask will not cause oxygen levels to drop 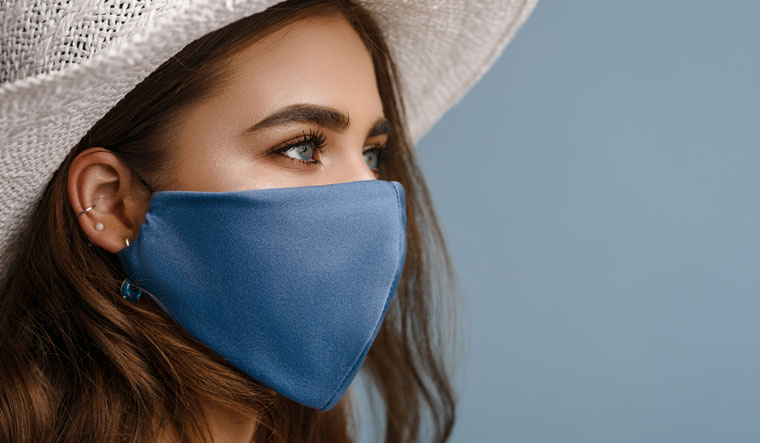 Wearing a face mask, though uncomfortable, does not cause overexposure to carbon dioxide, even in people with severe lung diseases, according to a study published in the Annals of the American Thoracic Society. The researchers examined whether wearing a face mask had any effect on gas exchange—changes in oxygen or carbon dioxide levels—in 15 healthy physicians and 15 military veterans with severe chronic obstructive pulmonary disease, or COPD. The volunteers participated in a quick paced six-minute walk test wearing surgical masks. Oxygen and carbon dioxide levels were measured before and after the walking test. There were no major changes in gas exchange measurements in either group up to 30 minutes after taking the walking test. According to the study authors, the discomfort people feel while wearing masks can be attributed to “neurological reactions [increased afferent impulses—impulses that travel from sensory organs/receptors to the central nervous system—from the highly thermosensitive area of the face covered by the mask or from the increased temperature of the inspired air] or associated psychological phenomena such as anxiety, claustrophobia or affective responses to perceived difficulty in breathing.” 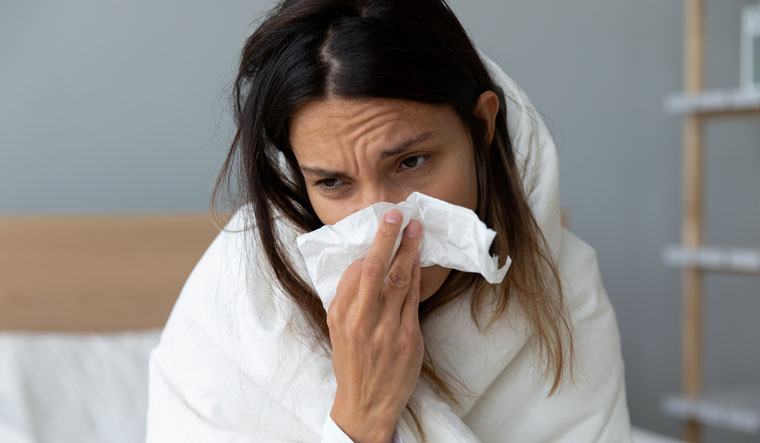 Flu-like illness can trigger heart attacks and strokes, according to a US study published in the Journal of the American Heart Association. Heart attack, stroke and influenza occur at higher rates during the winter months.

To examine the correlation among the three health conditions, the researchers analysed data from patients who were hospitalised for either a stroke, heart attack or influenza-like illness from 2004 to 2015 in New York. While the risk of heart attack increased immediately after a flu-like illness, there was a time lag of 30 days in the risk of stroke.

“We found that if someone is going to have a heart attack, it is going to occur within seven days of the flu-like illness, during the acute phase. With stroke, we see an increased risk seven to 15 days after, similar to heart attacks. But with stroke, there is an additional higher-risk period after 30 days,” the lead researcher said. The study also found that the rates of influenza-like illness and the rates of subsequent heart attacks and strokes after flu-like illness were lower in the years when the flu vaccine was highly effective.

The arm squeezes to save

The first line of treatment for patients who suffer a stroke is administration of a clot-busting drug called tissue plasminogen activator (tPA) to break up the blood clots.

The study included 68 patients, average age 65, who were treated with the clot-busting medication (tPA) within four-and-a-half hours of suffering an ischaemic stroke, when blood flow to a part of the brain is blocked by a clot.

Half of the patients were also randomly assigned to receive remote ischaemic post-conditioning therapy. For an average of 11 days, twice a day they wore blood pressure cuffs on both arms for 40 minutes, with alternating cycles of inflation for five minutes and deflation for three minutes.

Seventy-two per cent of the patients who received the therapy (23 of 32 people) had a favorable recovery, compared to 50 per cent (17 of 34 people) who did not receive the therapy. 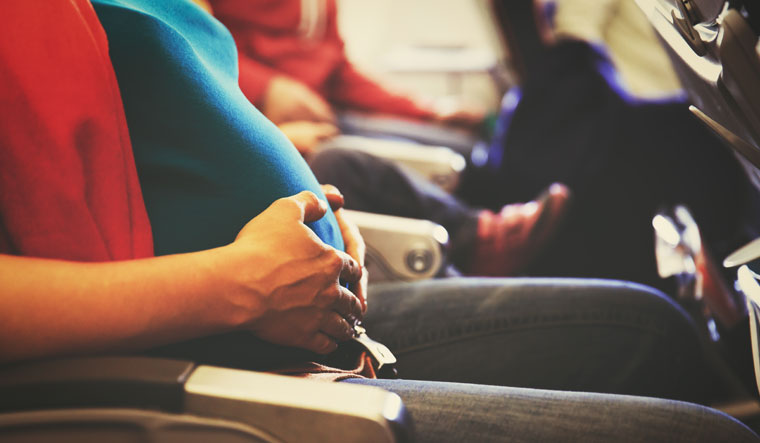 A review published in the Journal of Travel Medicine provides simple guidelines to help pregnant women reduce the risk of blood clots during flights.

Air travel can increase the risk of venous thromboembolism (VTE), or blood clots. About 1,50,000 cases of travel-related VTE are diagnosed annually. While the risk of VTE is highest in the first week after travel, it can remain high for up to eight weeks after a long-distance flight.

The risk is even greater for pregnant and postpartum women who fly long distance, especially if they have other risk factors such as obesity, prior history of blood clots, family history, recent surgery, or inherited conditions that promote blood clots. The risk remains high up to 12 weeks after childbirth,

For pregnant women without any risk factors, the study recommends non-medical measures such as frequent walks around the cabin, stretching the legs and calf muscles, drinking plenty of water, wearing loose, comfortable clothing and minimising baggage under the seat.

For pregnant women with risk factors, graduated compression stockings can be used. High risk women can also consult their doctor about the use of injectable blood thinners. 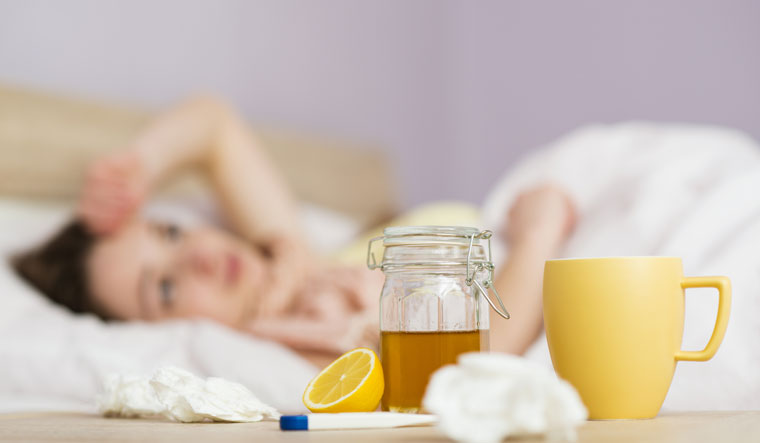 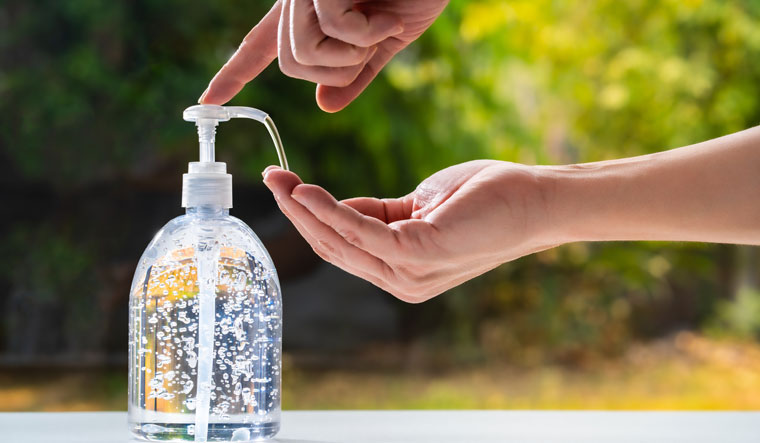 SARS-CoV-2, the virus that causes Covid-19, can survive on human skin for about nine hours, compared to the influenza A virus, which remained viable for about two hours, according to a Japanese study published in the journal Clinical Infectious Diseases.

The researchers compared the survival times of the two viruses by applying samples of the coronavirus and influenza viruses to human skin collected from autopsy specimens about 24 hours after death.

The coronavirus survived on the human skin for 9.04 hours, compared with 1.82 hours for the influenza A virus. The good news is that both viruses can be completely inactivated within 15 seconds by using a hand sanitizer that contained 80 per cent ethanol. 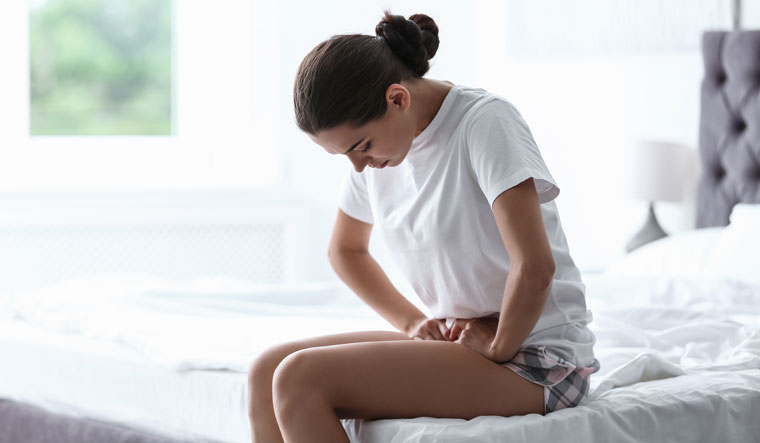 A woman’s reproductive health could be a window to her risk for future health problems. A US study published in The BMJ suggests that women’s menstrual cycle could be a predictor of early death risk (before age 70).

Another study from the UK published in The BMJ also found that a woman’s reproductive health can affect her risk of heart disease and stroke later in life.

The researchers reviewed 32 studies with an average follow-up period of seven to 10 years. Several factors, including early menarche, use of combined oral contraceptives, polycystic ovary syndrome, pre-eclampsia, gestational diabetes (diabetes during pregnancy), pre-term birth, low birth weight, miscarriage, stillbirth and early menopause were associated with up to a two-fold risk of cardiovascular diseases. Pre-eclampsia was associated with a four-fold risk of heart failure.