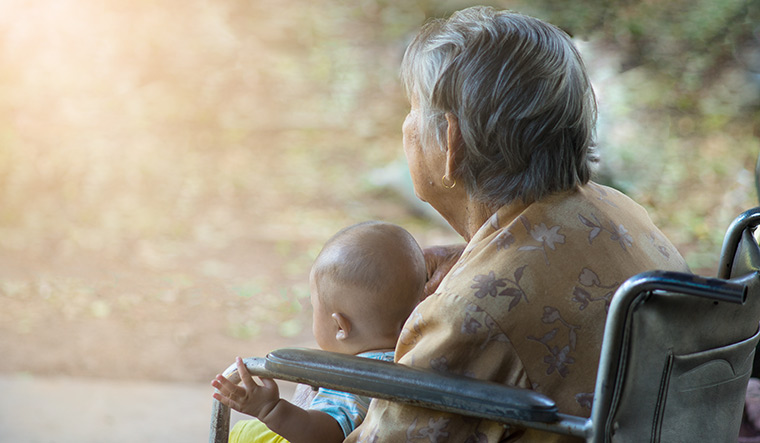 Hormone therapy is already known to increase the risk of breast cancer, heart attacks and strokes.

A Finnish study published in the BMJ compared the results of hormone therapy in 84,739 postmenopausal women diagnosed with Alzheimer’s disease and a similar number of women without the disease.

Among them, 11,805 women had been taking hormone therapy for over ten years. The use of oral hormone therapy was associated with a 9 to 17 per cent increased risk for Alzheimer’s disease.

The risk was similar in women who took oestrogen-only tablets and combined oestrogen-progestogen tablets. However, the use of vaginal hormone therapy was not associated with an increased risk. Age at which hormone therapy was started also did not have a bearing on the risk for Alzheimer’s disease. 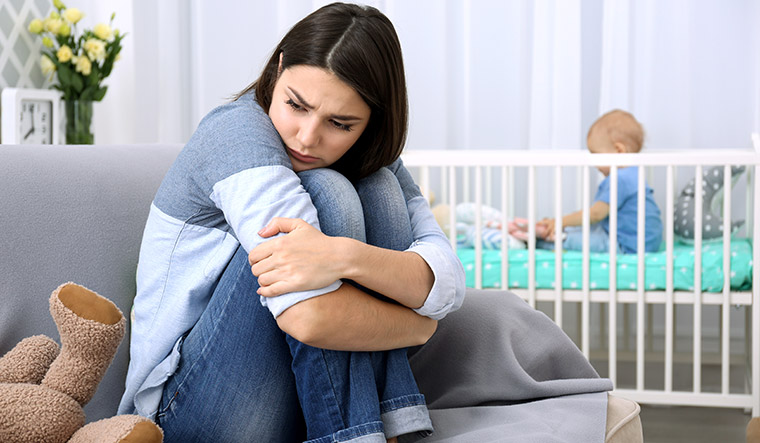 The USFDA has approved the first drug to specifically treat postpartum depression (PPD). The drug brexanolone, marketed as Zulresso, is administered as a continuous, intravenous infusion over the course of 60 hours in a certified health care facility. The patients have to be monitored continuously because it can cause sudden loss of consciousness.

The efficacy of the drug was studied in one group of patients with severe PPD and another group with moderate PPD. They were then followed for four weeks. In both groups, Zulresso outperformed the placebo in reducing depressive symptoms, both at the end of the infusion as well as at the end of four weeks.

Zulresso works within hours unlike the current treatments of PPD, including counselling and medication that can take weeks to work.

The most common side effects reported were sleepiness, dry mouth, loss of consciousness and flushing.

Pregnant women who work two or more night shifts per week have a 32 per cent higher risk of miscarriage, after the eighth week, compared to those who do not work nights. The risk further increased with the number of night shifts as well as number of consecutive night-shifts worked.

It is already known that having a first-degree relative (parents, siblings) with Alzheimer’s disease can increase your risk of the disease. But, what if your great-grandparents, grandparents, uncles or cousins have the disease?

A US study published in the journal Neurology suggests that having second- or third-degree relatives with Alzheimer’s can put you at risk of developing the disease as well.

From a database that includes the genealogy of Utah pioneers from the 1800s and their descendants up until modern day, the researchers analysed data from 2,70,800 people which had death certificates that showed the causes of death. 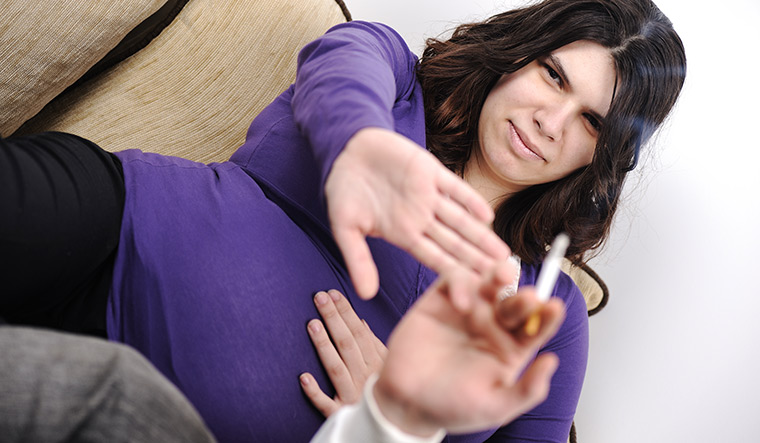 It is already known that maternal smoking can harm the unborn child. But, what about secondhand smoking exposure?

For the study published in the European Journal of Preventive Cardiology, the researchers examined 125 studies that included 1,37,574 babies with congenital heart defects and 8.8 million prospective parents.

Any type of parental smoking was associated with a greater risk of congenital heart defects. Compared to no-smoking exposure, the risk was 124 per cent higher when expectant moms were exposed to secondhand smoking.

Exposure to secondhand smoke during all stages of pregnancy and even before becoming pregnant was detrimental to the health of the baby. 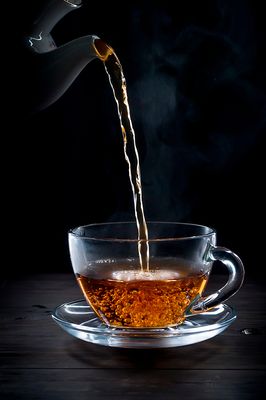 According to a study published in the International Journal of Cancer, drinking hot tea may increase the risk of oesophageal cancer.

The study included 50,045 adults aged 40 to 75 years. During a median follow up of ten years, 317 new cases of oesophageal cancer were diagnosed.

Overall, drinking three cups (700ml) of tea or more per day at a higher temperature (60°C or higher) was associated with a 90 per cent higher risk of oesophageal cancer compared with drinking less than 700ml of tea per day at less than 60°C.

“Many people enjoy drinking tea, coffee, or other hot beverages. It is advisable to wait until hot beverages cool down before drinking,” said the lead author.

Drinking one bottle of wine a week is equivalent to smoking ten cigarettes a week for women and five for men in increasing the lifetime risk of developing cancer, especially breast cancer in women and cancers of the gastrointestinal tract in men. 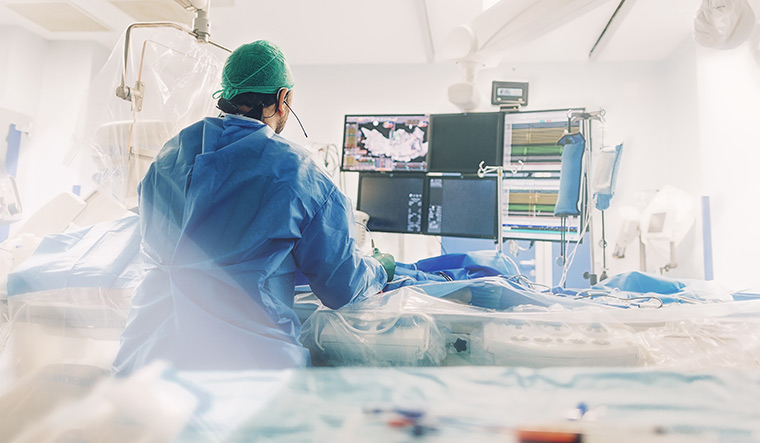 Atrial fibrillation (a-fib) is a heart rhythm disorder that affects about 33 million people worldwide. It is treated with both medication and a surgery called catheter ablation.

But, which is better?

Two studies published in JAMA tries to answer this question.

The study included 2,204 patients with atrial fibrillation in ten countries who were assigned to either ablation or medication alone. The average patient age was 68, and 37 per cent were women.

While both medication and ablation were equally effective in preventing strokes and other complications, patients treated with ablation experienced long-term improvements in quality of life. They also had fewer recurrences of a-fib and fewer hospitalisations because of cardiovascular reasons.

But, almost 27 per cent of the patients in the drug-therapy group opted for an ablation procedure.

When the researchers examined the data according to the treatment received, the ablation group had significantly lower rate of death (40 per cent), as well as the combination of death, disabling stroke, serious bleeding, or cardiac arrest (33 per cent), compared with patients who only received drug therapy.

A minimally-invasive procedure called uterine fibroid embolisation (UFE) is as effective as myomectomy (surgery) to treat uterine fibroids and it has fewer post-surgical complications, according to a study presented at the Society of Interventional Radiology's 2019 Annual Scientific Meeting.

Uterine fibroids are noncancerous tumours that grow in the uterus. Treatment options include hysterectomy (surgical removal of the uterus), myomectomy and UFE.

Myomectomy involves the surgical removal of just the fibroids, leaving the uterus intact. During UFE, using a catheter, tiny particles are released into the uterine arteries to block the blood flow to the fibroid tumours causing them to shrink. UFE is less painful, has faster recovery, and women can get on with their lives sooner than those who had surgery.

The researchers analysed treatment outcomes of 950 uterine fibroid patients, half of whom underwent UFE and other half, myomectomy.

Both treatments were equally effective in treating fibroids. But women who had myomectomy had a higher rate of post-surgical complications, including a 2.9 per cent rate of blood transfusion compared to a 1.1 per cent rate for UFE patients. UFE patients also had a slightly lower need for secondary interventions than myomectomy patients. 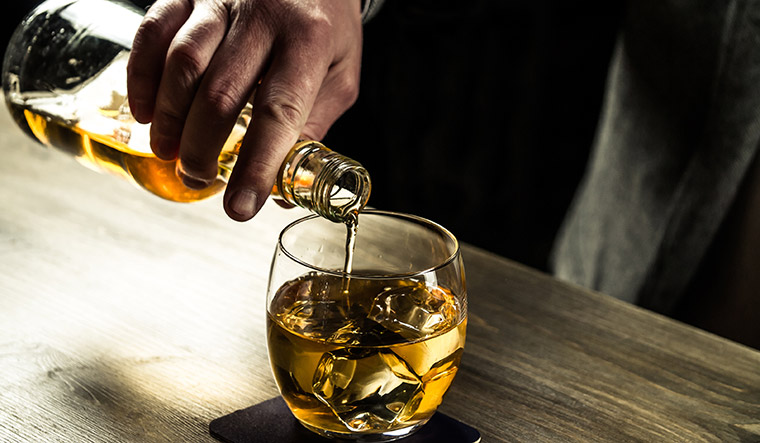 Findings of a new study presented at the American College of Cardiology’s 68th Annual Scientific Session suggests that even moderate alcohol consumption—seven to 13 drinks per week—can substantially increase the risk of high blood pressure, a leading risk factor for heart attack and stroke.

The researchers analysed data from 17,059 adults who provided information about their drinking habits. Their blood pressure was also recorded.

The average blood pressure reading was also higher among those who drank alcohol—about 109/67mmHg among never-drinkers, 128/79mmHg among moderate drinkers and 153/82mmHg among heavy drinkers. 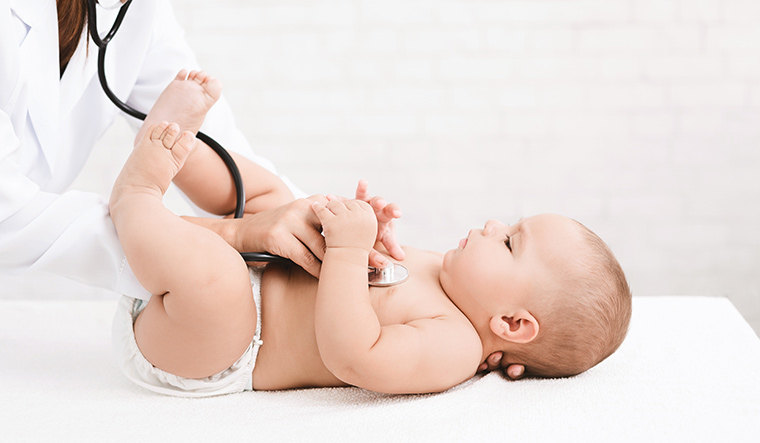 Infants born with even minor heart defects have a considerably higher risk for stroke and heart problems including heart attack, heart failure and atrial fibrillation.

While those born with major heart defects are followed up throughout their lives, for mild heart defects—such as a hole in the heart or a faulty valve, that has been corrected—long term follow- up care is not usually recommended.

But, according to Stanford University researchers, someone born with a heart defect is twice as likely to develop heart problems, even if they follow a heart-healthy lifestyle, compared to someone born without a defect who has a heart-averse lifestyle.

For the study published in the journal Circulation, the researchers studied the health data of 2,006 people who had mild, congenital heart defects.

Those who followed a heart-healthy lifestyle fared better. Among adult survivors of congenital heart defects, those who had fewer risk factors for heart disease such as smoking, high blood pressure and obesity were about a third less likely to develop heart conditions than those with five or more risk factors.