How to channel one's thoughts for a more fulfilled life? 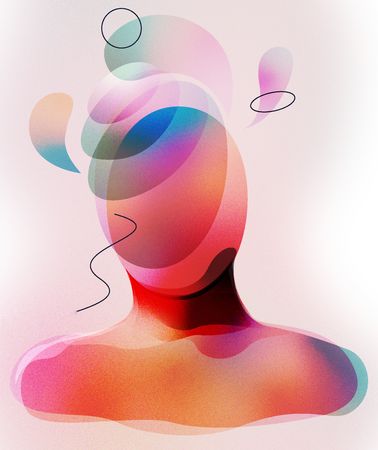 Some time ago, Israeli neuroscientist Moshe Bar caught up with two friends, Daniel Gilbert and Jonathan Schooler, for dinner in Massachusetts. During dinner, Gilbert told him that he was to be awarded the prestigious William James Prize. His three best friends, he said, would be taking him for drinks to celebrate after the ceremony. “I thought that I perceived that he was testing whether I felt like a close enough friend to suggest that I would join them,” writes Bar in his new book, Mindwandering. “I said I would, and he responded that they would love for me to come along.”

However, the next couple of days, Bar found himself tormented with the question of whether Gilbert really wanted him to join them or whether he was just being polite. Had he misread the situation? Had he barged in on their BFF gathering?

Most of us have felt conflicted in a similar way, when we have tried to second-guess someone else’s thoughts to discern what was going through their mind. This is called Theory of Mind—our continuous attempt at deriving others’ intentions, emotions and beliefs. It is one of the activities our minds are constantly engaged in, which is the core premise of Mindwandering. It posits that certain regions of our brain, collectively called the ‘Default Mode Network’, are constantly involved in activities like daydreaming, worrying about the future and self-chatter. When these activities divert our attention from the present, they can cause anxiety and depression. However, in his book, Bar shows us how we can channel this chatter to bring happiness, boost creativity, increase focus and solve problems.

“As I contemplated all our findings about the brain’s default network and mindwandering, I came to what, for me, has been a groundbreaking realisation,” says Bar. “We don’t want to just clamp down on all mindwandering, which is just as well because that is virtually impossible. What we want to do instead is become more aware of when and how our minds are wandering. Then we can become more effective at directing that activity voluntarily as much as possible, so we can buckle down and focus on tasks or, alternatively, let ourselves be truly, deeply immersed in the experience of the moment. At other times, when we want to stimulate our creativity, as well as our mood, we will do best to free our minds to indulge in a good broad-ranging stroll. We want, in short, to work towards bringing the right mind to the right time.”

Bar’s interest in the brain was triggered while studying electrical engineering to fulfil his father’s ambition for his life. “I had quickly learned that I had absolutely no interest in chip design and that the only area of research in the field that captivated me was computer vision,” he says. It was while researching how to make computers mimic the way the human brain recognises images that Bar realised how little we knew about the functioning of the brain. With the zeal of youth, he told his professor how outrageous this was. His professor responded that he would soon come to appreciate how complex the workings of the brain were. He soon did.

“Sadly, it is still largely true that we have no hard knowledge of how the brain recognises images, only some intriguing theories with preliminary support,” he says.

When he was working extensively in the cognitive psychology lab of a pioneer in brain studies, an exciting new development took place in neuroscience, which he began to pursue: the invention of fMRI (functional magnetic resonance imaging). While MRI had been around for a few decades, the functional aspect of it was a breakthrough that neuroscientists had been waiting for. By measuring blood flow, fMRI allowed them to infer where and when brain activity took place.

“This was a moment of extraordinary adventure; we were roaming around inside the pathways of the mind like hikers in the woods at night with flashlights,” says Bar.

Excited by the explosion of research, he went to Harvard Medical School to examine the human brain and mind “in earnest and with insatiable passion”.

Afterwards, he moved back to Israel, where he currently lives with his wife and three children. Until recently, he headed the Gonda Multidisciplinary Brain Research Centre at Bar-Ilan University. Beyond research, teaching and writing, he has also founded a startup to fight depression and anxiety through games.

In the book, there are chapters on connecting with our thoughts, learning from imagined experiences, how to practise immersed living and the benefits of meditation. The last section is a practical one, in which Bar explains how one can implement the research, theories and ideas expounded in the book. For example, he says that if we are aware of our state of mind, it is easier to manipulate it. When we are in a happy mood, it is hard to sit still, and thus it is best to avoid boring chores then. This is also when we tend to take riskier decisions. But this state of mind is best for coming up with a nonconventional solution for a problem. “When I am in a broad and open state of mind, I allow myself to stay upbeat and seek out some exploratory activity to take advantage of that mood, or I let my mind wander in the hope of coming up with some good new ideas to pursue in my work,” says Bar. If you want to explore the treasures hidden in the human brain, it might be a good idea to start with picking Bar’s brain through his book. 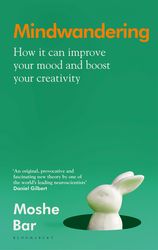 Mindwandering: How It Can Improve Your Mood and Boost Your Creativity