How air pollution can cause depression 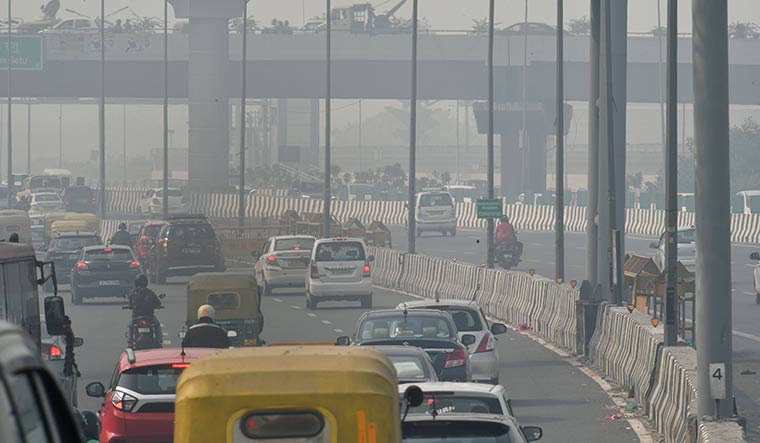 Delhi has become a smog-house in the last couple of weeks. The air quality in the city dropped to alarming levels; schools have been shut; power plants and other industries have halted operations, and the Supreme Court called the capital city’s condition a “crisis”. There have been numerous studies about physical health problems—for instance, the development of respiratory and cardiovascular diseases—caused by air pollution. But its adverse impact on mental health is often overlooked. Now a new study reveals that “air pollution is changing the expression of genes that are conducive to depression”.

There have been several studies in the past observing how air pollution is linked to depression. But this new study published in the journal Proceedings of the National Academy of Sciences is the first to show a direct neurological cause for this link.

The study observed 352 residents from Beijing—a city with high levels of pollution. As part of the study, the researchers analysed their genetic susceptibility to depression. It is observed that those with a genetic predisposition for a particular disease have an increased likelihood of developing that condition depending on certain environmental factors.

The researchers investigated the effects of having exposure to fine particulate matter (PM 2.5, which contains inhalable particles smaller than 2.5 microns), in combination with a genetic predisposition for depression, on brain networks involved in social stress.

The subjects were asked to take a cognitive test involving reason and problem-solving. The researchers found that during the test, the activity in the dorsolateral prefrontal cortex—a brain region that is involved in cognitive functions such as response selection and working memory—changed in individuals with higher PM2.5 exposure and a genetic predisposition for depression.

The researchers further wanted to examine the interaction between genetic risk for depression and air pollution. They mapped brain regions in subjects expressing high levels of depression-associated genes. Allen Brain Atlas, an online database, helped the researchers identify brain regions that are supposed to show correlated expression of genes associated with depression. The pattern derived using the Atlas and brain connectivity patterns observed during the cognitive task in those with greater exposure to air pollution and a higher genetic predisposition for depression, were found to be similar. This correlation was weaker in those exposed to lower levels of PM2.5, which suggests individuals with a genetic susceptibility to depression may be more vulnerable to the adverse effects of air pollution. The study shows that those with depression, and those with a high genetic predisposition for depression, should take extra care as the pollution level rises.