Depression can lead to cardiovascular diseases in multiple ways 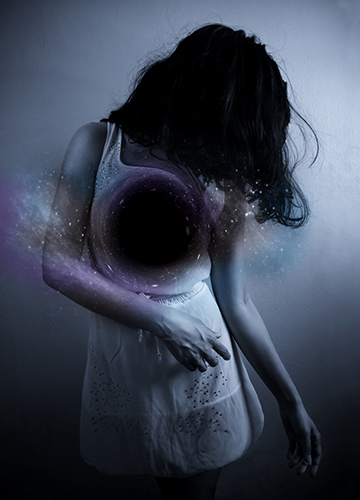 At some point in our lives we have all taken note of that critical, almost symbiotic relationship between our mind and body. The way one responds to and is impacted by the other is seamless. While mental stress can adversely impact the body's appetite and its capacity to perform simple tasks, a happy state of mind can lead to an overall sense of wellbeing.

Mental distress include symptoms such as anxiety, confused emotions, hallucination, bereavement, anger, depression and stress. Although in most cases, say experts, these emotions resolve on their own or with counselling over a period of time, they may become a trigger for cardiovascular events. Yet, clinically in hospitals or medical clinics, patients with coronary disease, myocardial infarction, heart failure and other cardiovascular problems are rarely assessed for psychological distress or mental illness as a contributor to, or resulting from the cardiovascular problem. One logical argument to establish a connection between people with depression or anxiety and their tendency for developing cardiovascular diseases is that there are certain underlying risk factors—unhealthy diet, lack of exercise, and smoking—that are common to both.

Primary care physicians and cardiologists focus on treating symptoms and risk factors, which leaves little time to address feelings and emotions. Further, because of the social stigma that has traditionally existed around mental illness, patients and families may be hesitant to discuss mental health with their cardiologists.

"As cardiologists we classify mental stress into two categories, acute and chronic. Acute stress refers to sudden shocks as a result of personal tragedy, accidents, deaths, etc., and that can lead to heart attacks and ballooning of the heart wherein the heart dilates, pumping goes down and the heart muscles become weak. Chronic stress involves stress in everyday life which builds up over a period of time. This includes anxiety over unemployment, exams, project deadlines, traffic jams, fights at home, etc. and can lead to hypertension, high blood pressure and high cholesterol," says Dr Ameya Udyavar, consultant cardiologist and electrophysiologist in Mumbai's Hinduja hospital.

Covid, Dr Udyavar says, has made it worse at the moment as the cases have increased. 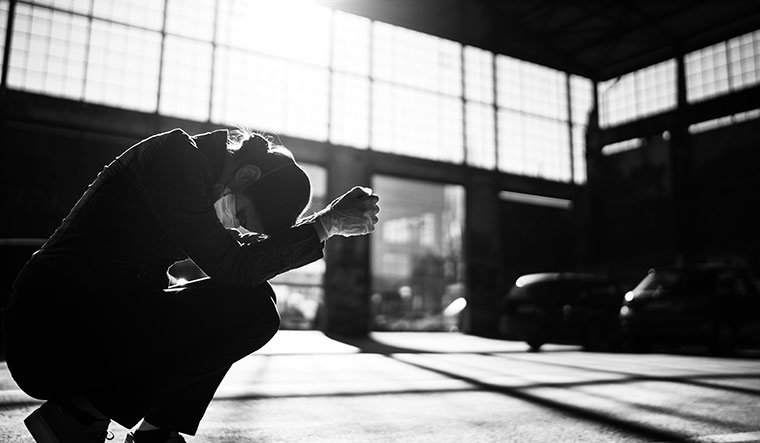 So, just how does depression lead to cardiovascular disease? In multiple ways: One, it can accelerate atherosclerosis, in which there occurs a deposition of fatty material on the inner walls of the arteries. Two, it can lead to the development of diabetes, hypertension, and high levels of low-density lipoprotein, all of which are coronary risk factors. Three, depression sees an increase in the risk of unhealthy lifestyle and decrease in exercise and medication, which in turn increase the risk of cardiovascular disease, including myocardial infarction and stroke. Four, depression is associated with an increase in the stress hormone cortisone, high levels of which can lead to increased blood glucose levels, weight gain and blood pressure. Last, depression in an individual has the possibility to lead to an increased activity of platelets, which can accumulate to block blood flow in arteries.

Although each time one may not be able to establish a direct A equals B connection, "mental health issues create a playground where CVDs (cardiovascular disease) come in. This happens by not taking medications on time, avoiding social contact and other such aspects which automatically lead a person to develop risk factors for CVDs," says Gitanjali Narayanan, associate professor of clinical psychology at NIMHANS in Bengaluru. Narayanan, along with Prabhakaran Dorairaj from the Public Health Foundation of India, found there is epidemiological research in India that integrates mental health with common cardiovascular diseases such as coronary heart disease and stroke. They also observed that the importance of studying mental health in CVD epidemiology is being increasingly recognised in India in view of escalating comorbid diseases. 'Data from mental health research is sufficiently compelling to highlight the role of chronic stress, socioeconomic status and psychiatric disorders such as depression, substance use, social networks and support in relation to vulnerability to cardiovascular diseases,' reads their paper, titled, 'Integrating mental health into cardiovascular disease research in India' which got published three years ago in The National Medical Journal of India.

Studies also reveal that CHD (coronary heart disease) is influenced by coping styles, social exclusion, educational status and job strain. "In a person suffering from any major mental illness, the most important cause of death is cardiovascular diseases," says Prabhakaran. Stress itself increases the risk factors for CVDs. Also, some of the drugs administered to treat patients of mental illnesses can raise blood pressure to abnormal levels. People with CVDs can also be anxious and develop depression.

"This falls in the discipline of behavioural cardiology in which one's behaviour, lifestyle and mental health play a role in one's overall cardiac health," says Avinash Desousa, consultant psychiatrist in Mumbai.

Researchers in India believe that the role of social risk factors such as negative mood, stressful events, quality of life and loneliness need to be contextualised into the mainstream Indian epidemiological health research, as has been done in the west. And that there is a need to test the efficacy of psycho-socially driven therapies such as cognitive therapies, mindfulness-based stress reduction, behaviour modifications and yoga and relaxation training in CVDs in India. Regular exercise, sufficient sleep, healthy family time, balanced diet and positive thinking go a long way in keeping stress and the risk of developing CVDs at bay, say experts.